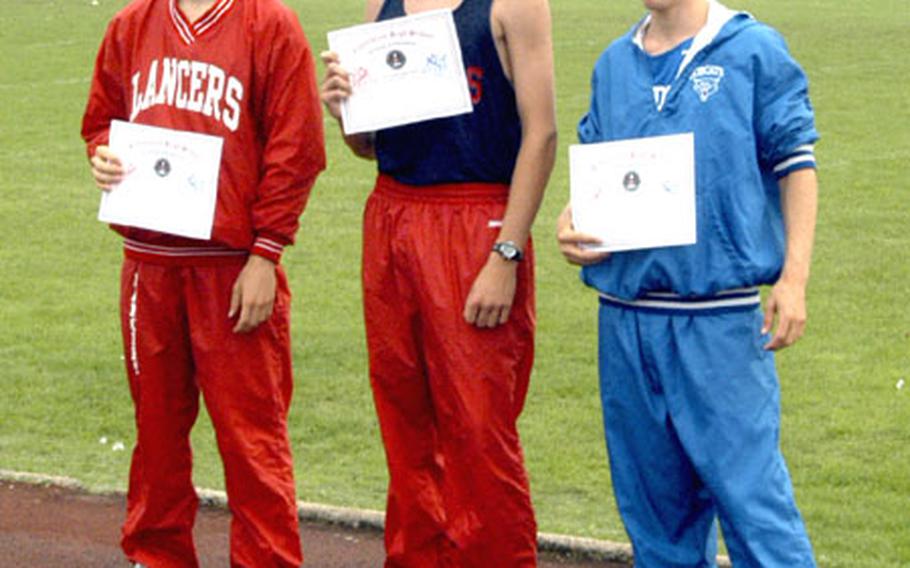 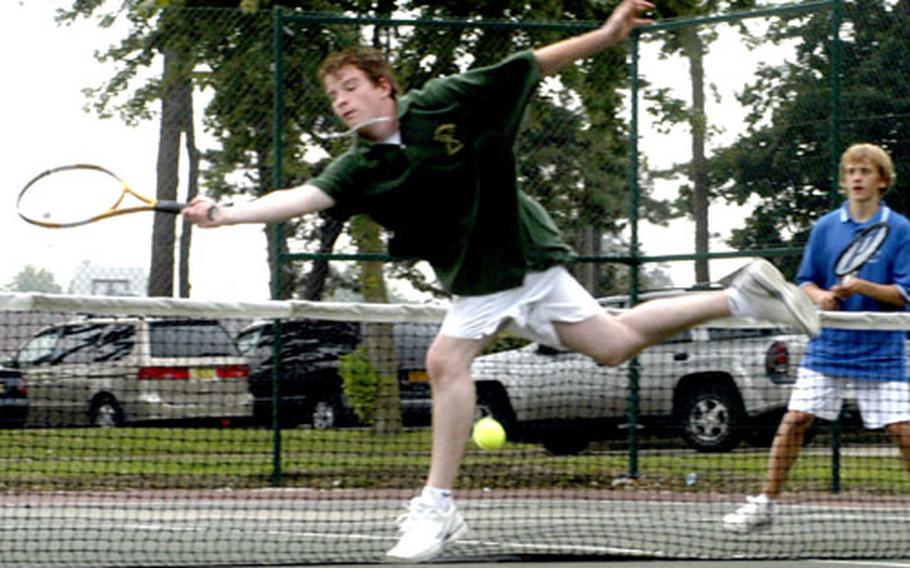 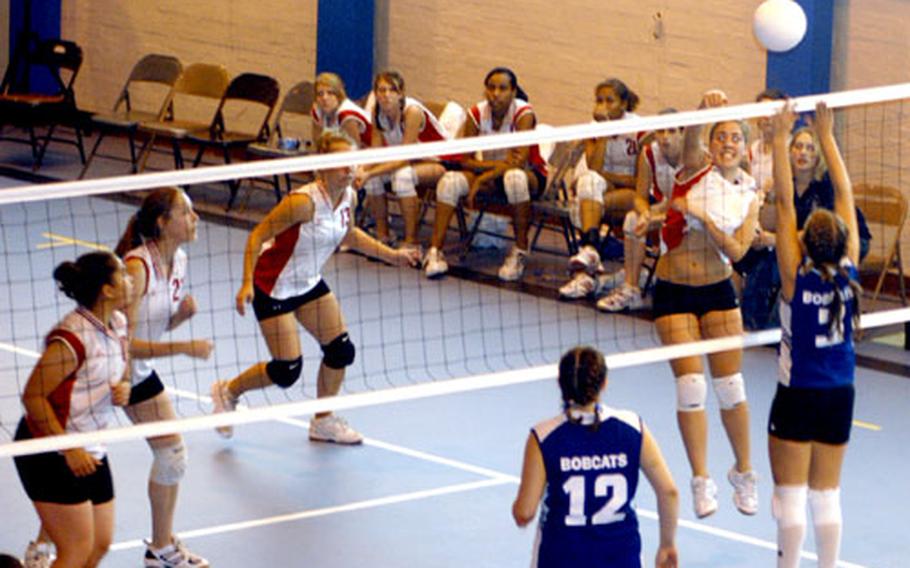 RAF LAKENHEATH &#8212; The campus of Lakenheath High School was abuzz last weekend with scores of student-athletes from across the United Kingdom competing in three sports.

A familiar name dominated once again in the cross country meet, and four volleyball teams tuned up for this week&#8217;s opening of the regular season in an all-day preseason jamboree.

Amid the competition and camaraderie was the acknowledgment that this would be the final year for one team&#8217;s athletes to compete under the Bobcat banner. London Central High School is closing at the end of the school year, and the athletes who compete in the blue and white this school year will be the last to do so.

Cross countryFresh off his international competition in Switzerland, Lakenheath senior Greg Billington continued his straightforward domination of the sport.

His time of 16:11 in the 5K race bested fellow Lancer Josh Hoffman&#8217;s second-place finish by more than two minutes. The top five finishers on the boy&#8217;s side were:

On the girls side, coach John Gilmore&#8217;s squad clinched the top three finishes with times all under 24 minutes in the 5K. Amber Buckingham claimed the top spot by 40 seconds over fellow Lady Lancer Kaitlin Swanstrom. The top five finishers were:

TennisLakenheath tennis coach Darryl Brock&#8217;s girls team dominated the day while the boys team played well, but had to fight for its wins.

Against London Central, the Lady Lancers swept the side to an 8-0 win fueled by Jessica Lamothe&#8217;s 9-8, 6-3 wins over Holly Goldie at No. 1 singles. Michelle Sullivan bested Colleen McMaster at the No. 2 spot while Molly Martin beat Kathryn Dittmer in the No. 3 singles spot.

The boys side proved a tougher matchup for the Lancers, with the teams pulling a 4-4 draw. Logan Snow topped Dan Denzine 6-0, 6-0 in No. 1 singles while Julian Belisario and Drew Rogers fell to Chris Sweet and Will Ketchum of London Central.

Snow and Lamothe played well in singles and doubles throughout the day, but still fell to Alconbury&#8217;s talented top players.

Outside of wins by Felice and Edwards, the Lancers cruised past the Dragons for 8-1 wins on the boys and girls side.

VolleyballAlconbury, Menwith Hill, London Central and host Lakenheath competed in a round-robin tournament throughout the day, with each team playing the other three once. The jamboree served as a warm-up for the season ahead.

The matches were roughly evenly played throughout the day, with all teams showing a touch more early-season rust than refined play.

Menwith Hill coach Wanda Gardner said she was pleased with her squad&#8217;s performance.