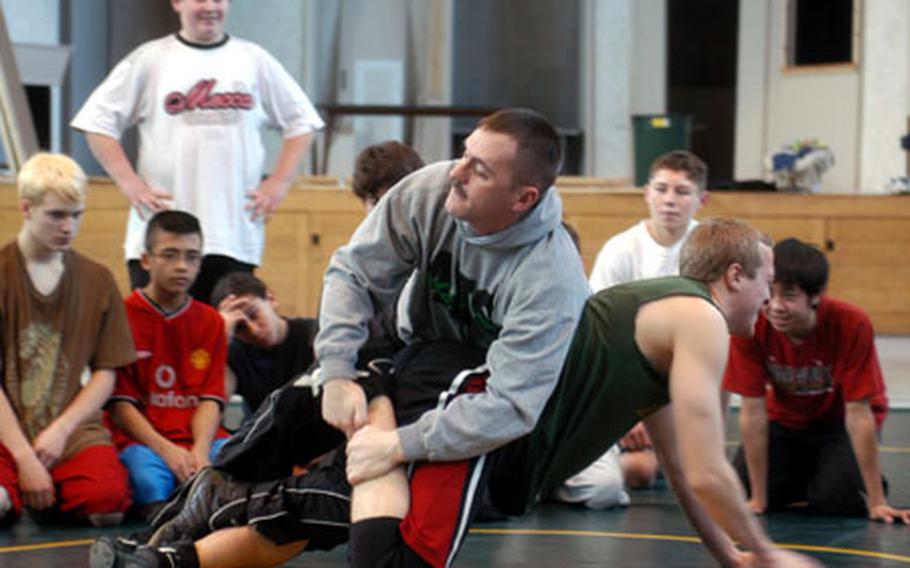 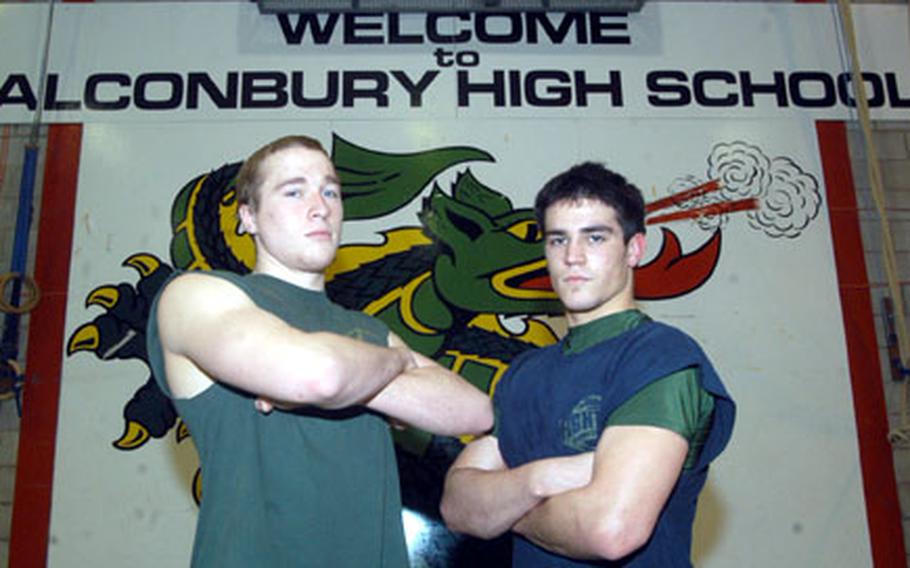 Alconbury seniors Doug Bagnall (left) and Luis Trujillo, who are 6-1 and 8-1 this season, respectively, have become solid leaders for this season&#39;s wrestling squad. (Sean Kimmons / S&S) 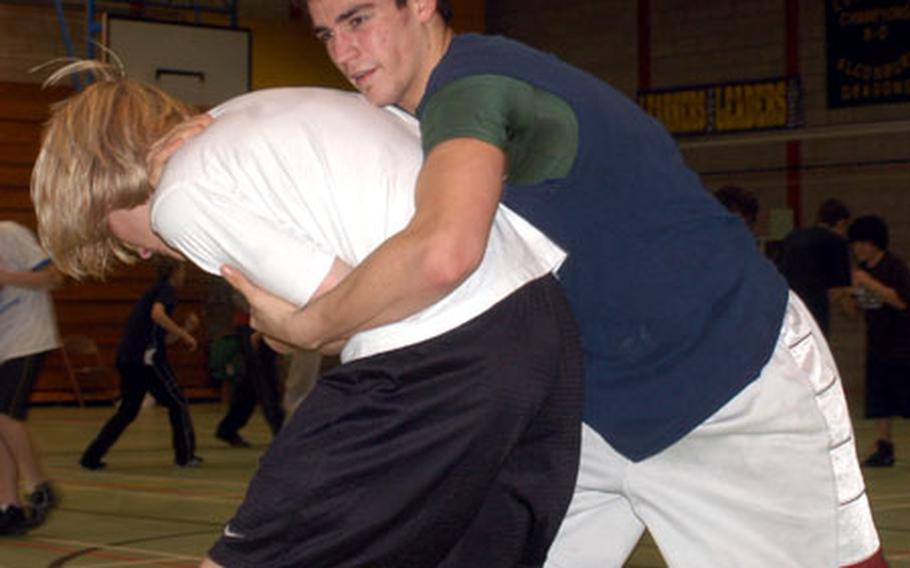 RAF ALCONBURY &#8212; Alconbury wrestling coach Mark Hanssen still stands by his statement at the beginning of the season that his co-captains are the heart and soul of his team.

Seniors Doug Bagnall (189-pound weight class) and Luis Trujillo (160), who currently hold records of 6-1 and 8-1, respectively, have been solid wrestlers as well as leaders on this season&#8217;s young squad.

Hanssen, a first-year coach at the school, appreciates the added discipline that his dedicated volunteer coaches enforce during practice. But he admits that it&#8217;s more meaningful to have team captains yelling at their peers rather than coaches, he said.

Trujillo, who looks to qualify for the DODDS-European championships again after an illness kept him from placing last year, doesn&#8217;t mind having the extra authority.

&#8220;It&#8217;s good experience. You know you&#8217;re a leader and you have to do everything right,&#8221; said the 17-year-old British-born athlete. He hopes his experience carries over to another aggressive sport when he plays for the Cambridge Rugby Union this spring.

Bagnall has his sights on continuing wrestling at a higher level. In an effort to be recruited by colleges, he said he plans to send videotapes of him wrestling to Wilmington College in Ohio, the state from which he hails.

Until then, the 18-year-old looks to improve upon his sixth-place finish in last year&#8217;s Europeans. One person standing in his way is AFNORTH&#8217;s Sascha Miller, who placed fifth in the 171-pound weight class in Europeans.

Bagnall&#8217;s only loss this season came from Miller, yet he was able to avenge himself and beat Miller at another meet.

When not competing, Bagnall and Trujillo lend their expertise to teammates and are often picked by the coaches to demonstrate new moves during practice. At a recent practice, Bagnall was also the guinea pig for volunteer coach Rodney Lucas, who didn&#8217;t hold back as he performed takedowns on Bagnall in front of a somewhat amused squad.

Wrestling against coaches is nothing new to Bagnall, because of the lack of competition in his weight class on the team. The tips he receives when he wrestles the coaches have improved his abilities, he said.

Sometimes Bagnall and Trujillo even go at it in a King of the Mat competition during practice.

But that&#8217;s probably what the coaches expect from them anyway &#8212; for both to be sparring for the King honor.

Both wrestlers look to improve their records at their next wrestling tournament to be held in Ramstein on Jan. 20.