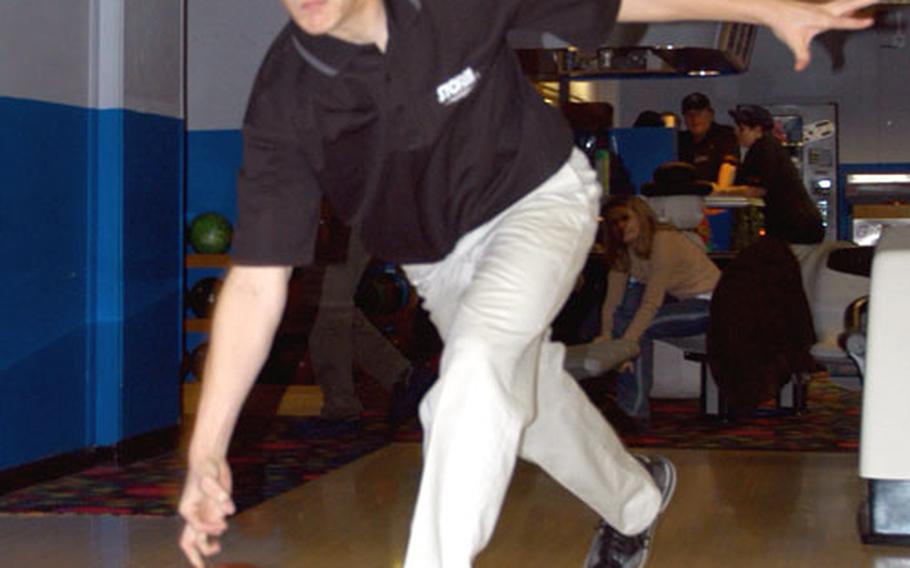 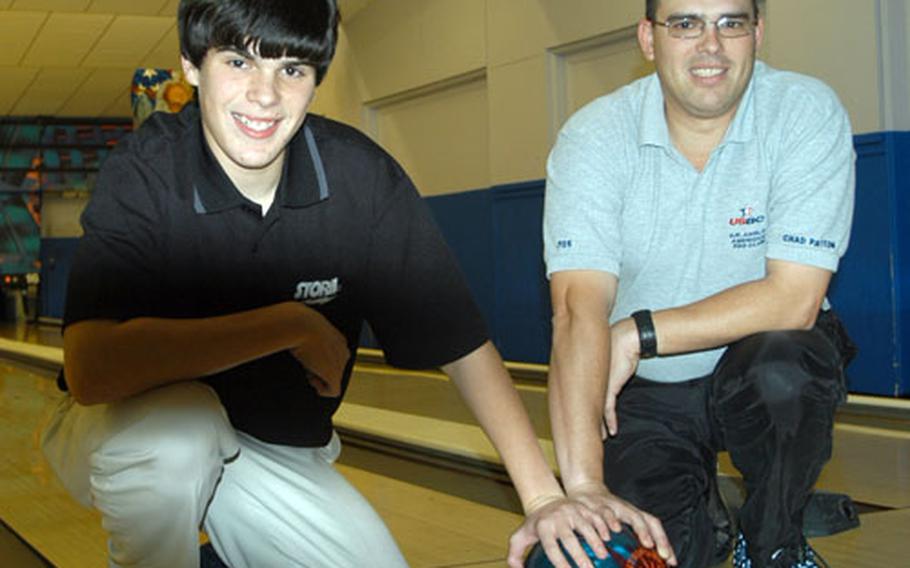 RAF LAKENHEATH &#8212; Somewhere around the seventh frame, Dennis Patton knew he was on course for something special.

&#8221; Patton said. But it wasn&#8217;t until the 15-year-old standout bowler knocked down his final 10 pins that he realized the impact of his accomplishment.

Patton rolled the 300 perfect game Dec. 11, while he was bowling with his father as part of the adult-youth league at the RAF Lakenheath bowling alley.

His father, 48th Logistics Readiness Squadron Staff Sgt. Chad Patton, said bowling alley officials informed him that Dennis is the youngest person ever to bowl a perfect game there.

The elder Patton, who has never rolled a 300, said the perfect game raised his son&#8217;s average 11 points to 173 and lent serious credibility to the pursuit of a college bowling scholarship.

&#8220;There are good schools that offer bowling scholarships,&#8221; said Dennis Patton, who also plays linebacker for the Lakenheath Lancers. &#8220;I&#8217;ve been looking at both Central Florida (University) and Florida State (University).&#8221;

Chad Patton said his son&#8217;s talent has even prompted him to consider a professional career.

Dennis Patton would have to improve his average a bit in order to compete professionally.

An applicant to the Professional Bowling Association must maintain a 200 average in at least their previous 36 games or a 190 average in a sanctioned U.S. Bowling Congress event, according to pba.com.

Dennis Patton said competing at such a high level has taken the game from a pastime to a serious pursuit.

For now, at least, Patton can afford a few more friendly grumbles as he continues to compete in the Monday night league and chase another perfect round.