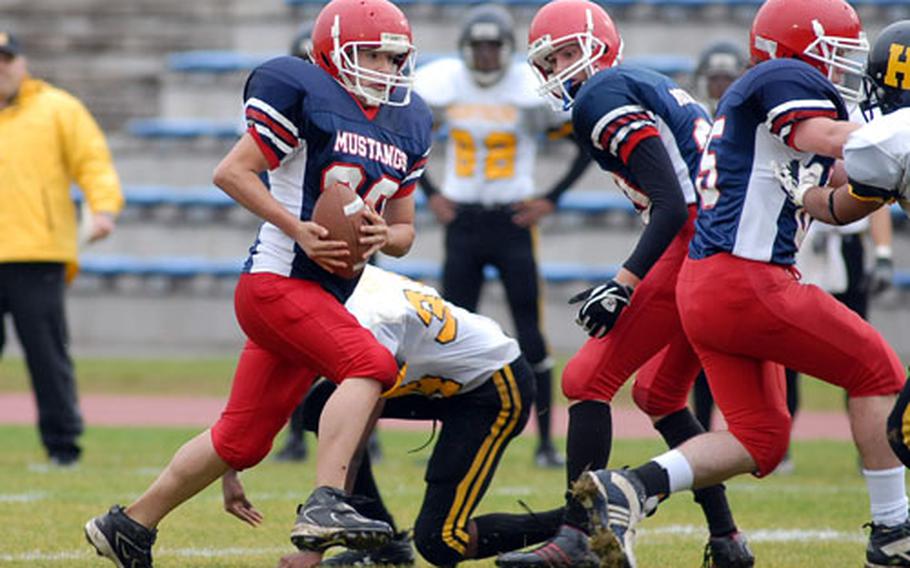 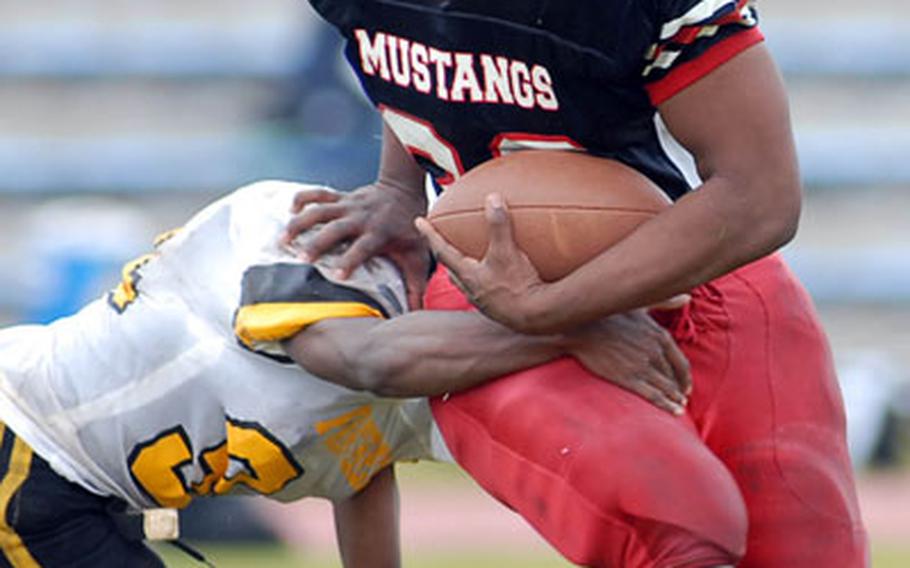 Menwith Hill&#39;s Le&#39;Shawn Adams gets away from a Hanau defender in the Mustangs&#39; Division IV title game loss against the Panthers. (Michael Abrams / S&S) 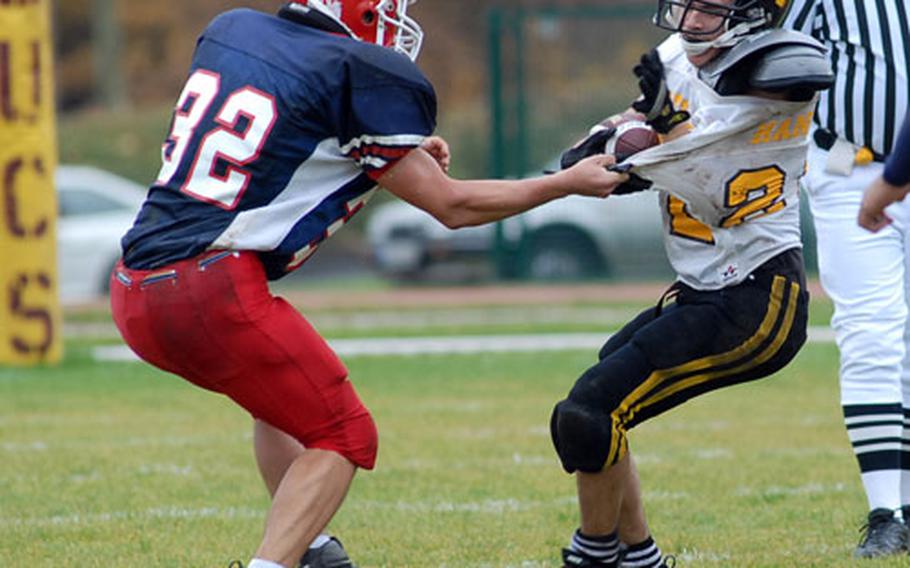 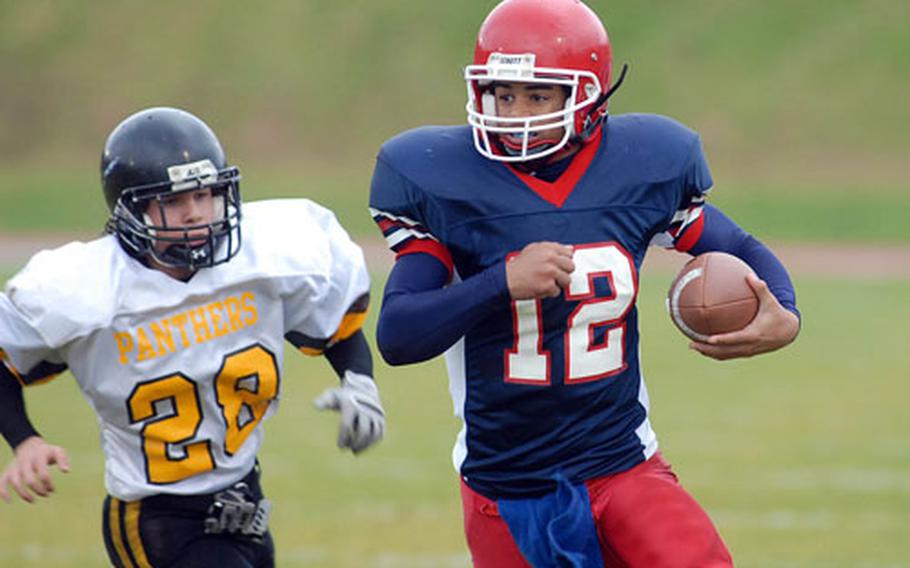 All good things eventually must come to an end.

So it goes for the boys of the Menwith Hill Mustangs football team.

After a season that saw them go 3-0 in Division IV action, granting the school its first championship appearance, the Mustangs fell to division rival Hanau 58-20 at the DODDS-Europe Division IV football championship last weekend in Germany.

The excitement of playing in a championship atmosphere aside, team members say they gave it their all playing the nine-man game that is the signature of Division IV action.

The size of Adams and guys on the line brought a sense of confidence to games played against division rivals and larger schools that play the standard 11-man ball, Resnick said.

The small size of the school is good in a way, as bonds are that much stronger on the team, senior fullback Chris Cruickshank said last week.

In the end, it was a disappointing end to a memorable season, Adams said after the game.