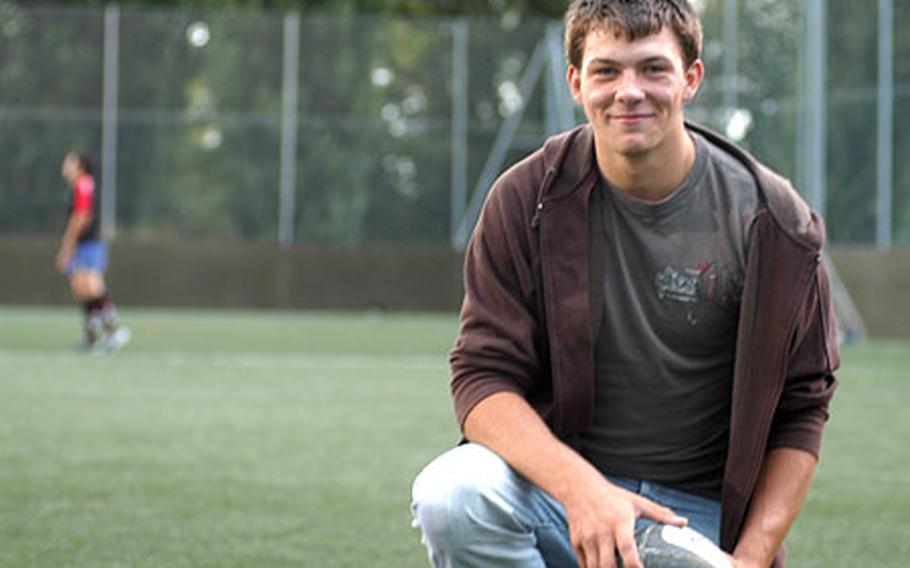 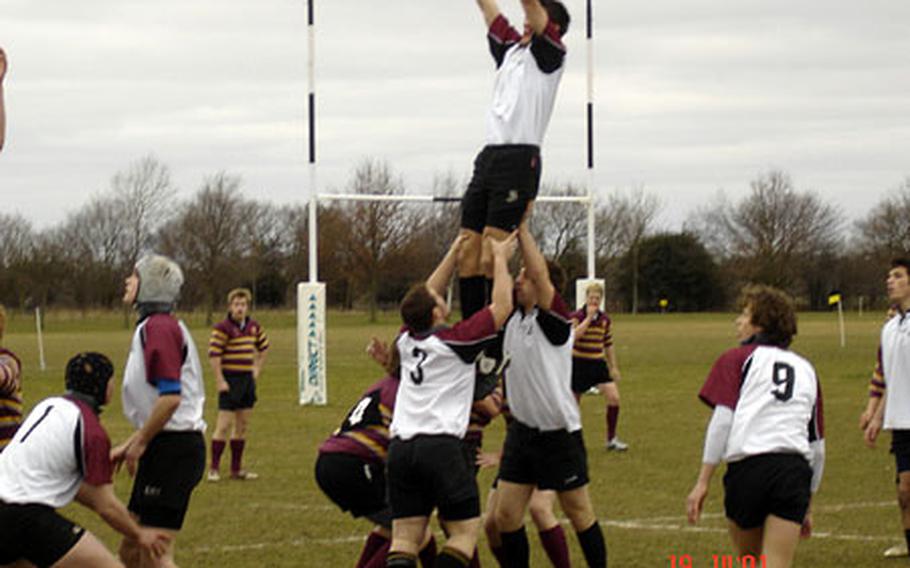 Matthew Edison reaches for the ball during a lineout. (Courtesy of Mark Edison)

BURY ST. EDMUNDS &#8212; Matthew Edison has always played rugby for the love of the game. But now that he&#8217;s entered into an elite status of players, he&#8217;s beginning to widen his view.

The 18-year-old Suffolk athlete was recently selected as a member of the U.S. under-19 national squad after a grueling weeklong tryout in suburban Chicago earlier this summer.

Edison, whose father is retired from the Air Force and lives in a village outside of this market town, is considered one of the top players on the Bury St. Edmunds under-19 squad, which captured the second tier British championship last season and is slated to kick off another campaign in September.

He led King Edward&#8217;s High School squad to three consecutive undefeated seasons and helped the Bury squad capture its most recent title. Then he failed to qualify for the British national under-19 squad, but was invited to compete for a spot on the American team.

&#8220;My father talked to some people in the States, and my old coach knew one of their coaches, so it all just sort of came together for me to go over there and try out,&#8221; he said.

Mark Edison said his son showed a natural talent for rugby soon after hitting the pitch at 13 and hasn&#8217;t slowed down since.

In between rugby practice, Edison plans to attend West Suffolk College this year to study construction and hopes to attend university to pursue a degree in sports medicine.