Sports: Make riding a staple of your routine 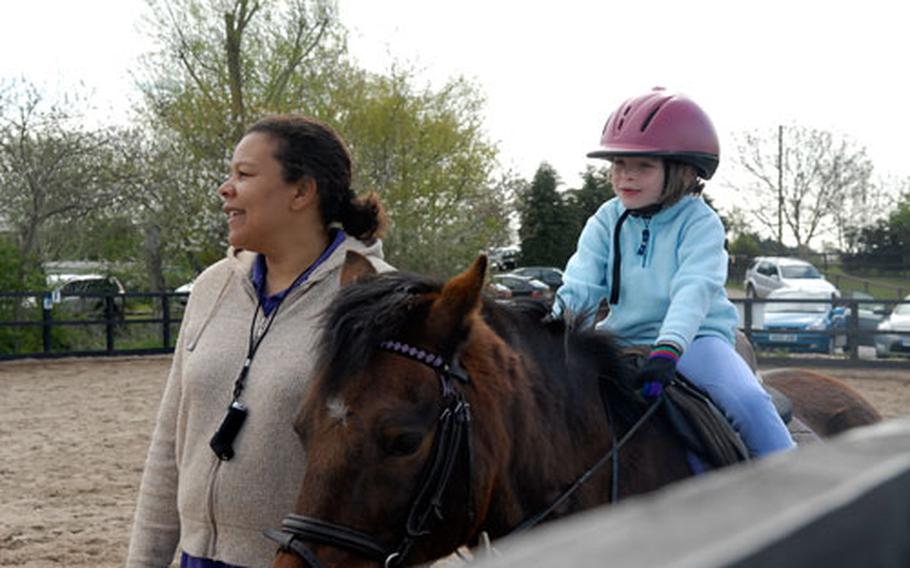 Instructor Theresa Leonard pauses during a children&#39;s riding lesson on a recent Saturday morning at Apollo Stables in Lakenheath. Leonard said the best way to teach kids how to ride is make sure they&#39;re having fun. (Charlie Reed / S&S)

Instructor Theresa Leonard pauses during a children&#39;s riding lesson on a recent Saturday morning at Apollo Stables in Lakenheath. Leonard said the best way to teach kids how to ride is make sure they&#39;re having fun. (Charlie Reed / S&S) 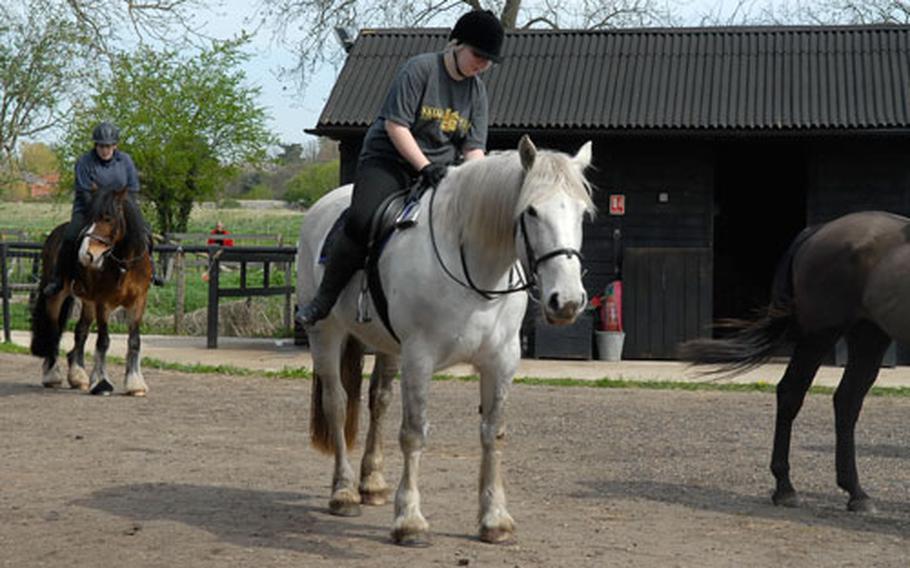 Maddy Tarrant, 17, prepares to dismount her horse after a riding lesson at Apollo Stables in Lakenheath. (Charlie Reed / S&S) Hattie Garner, 12, grooms Isabelle at Apollo Stables in Lakenheath on a recent Saturday morning. Garner is among dozens of young riders involved in the stables&#39; Pony Club. (Charlie Reed / S&S)

If the horse-racing scene in Newmarket has you inspired, why not jump into the saddle yourself?

Though Newmarket strictly caters to the racing and stud industries, a slew of horseback riding outfits near RAFs Lakenheath and Mildenhall accommodate all ages and abilities. You don&#8217;t need a horse, gear or experience to take a lesson and check out the Suffolk countryside on horseback.

Most riding schools require an assessment lesson to gauge your skills before pairing you with a horse for a guided tour or formal lesson. Boots, hats and other safety gear are required to ride and typically included in the price of a lesson or can be rented on site.

The family-owned stables have been open since 2001 and have about 100 riders come through each week. From the Pony Club for children to adult lessons for individuals or groups, Apollo has a knowledgeable staff that can teach anyone to ride or simply get them on a horse for an afternoon trek.

In the summer, Apollo also offers pub rides for adults. They are horseback rides that include intermittent stops along the way for a pint.

Like Apollo, Barrow Hall Stables in Bury St. Edmunds, is a member of the British Horse Society, one of Britain&#8217;s top equine sanctioning boards. The seal of the approval from BHS is critical when selecting a stable to take lessons, said Kerri Walker, Barrow Hall&#8217;s office manager.

So, whether you want to enroll your kids in horseback riding lessons or simply want to saddle up for a ride in the countrysid, there are plenty of options just outside the gates.