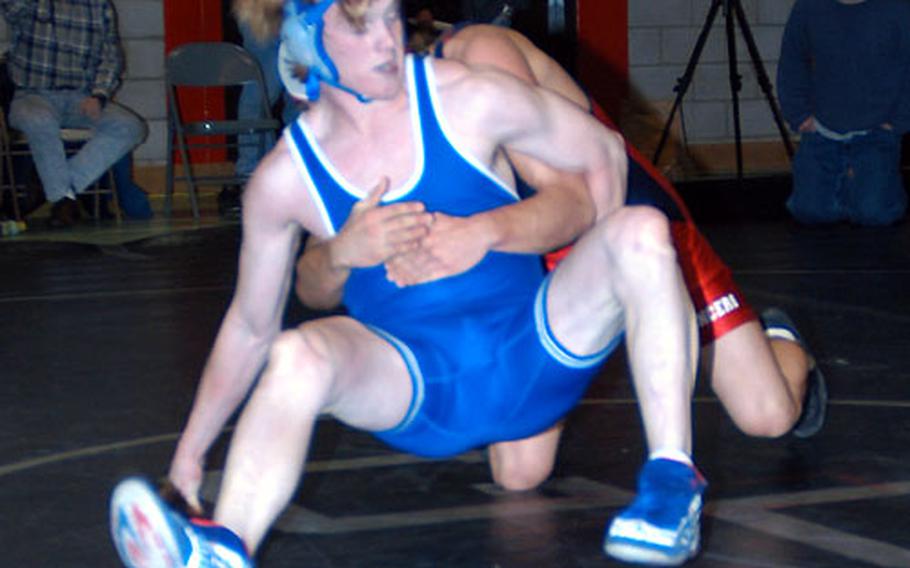 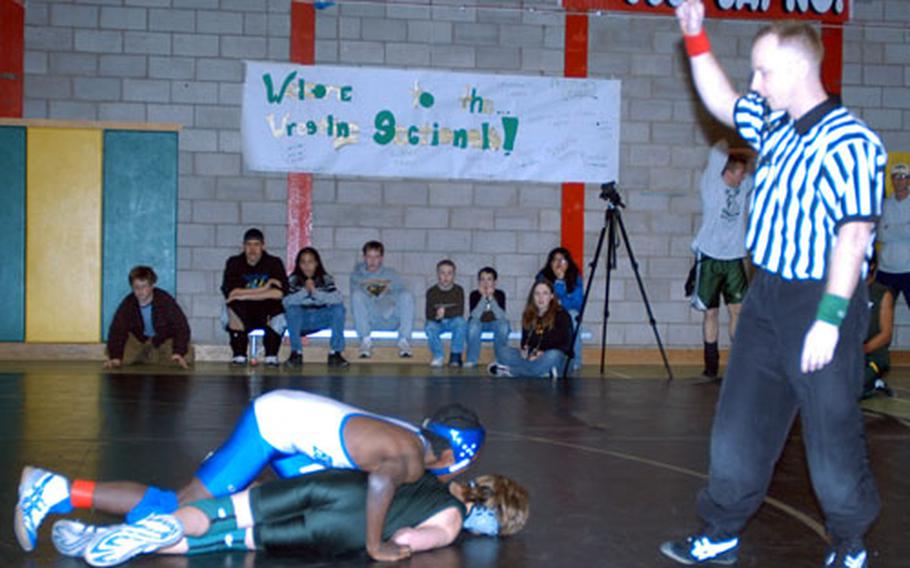 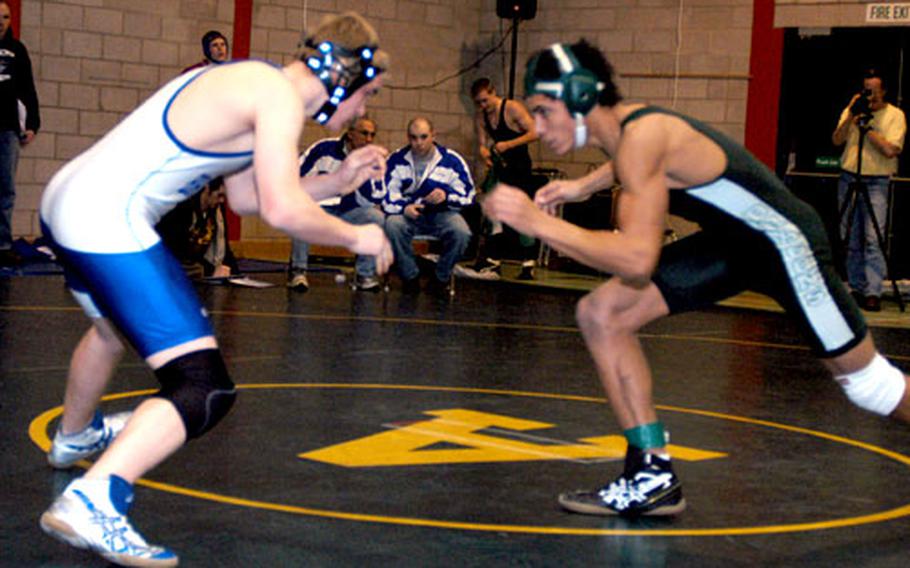 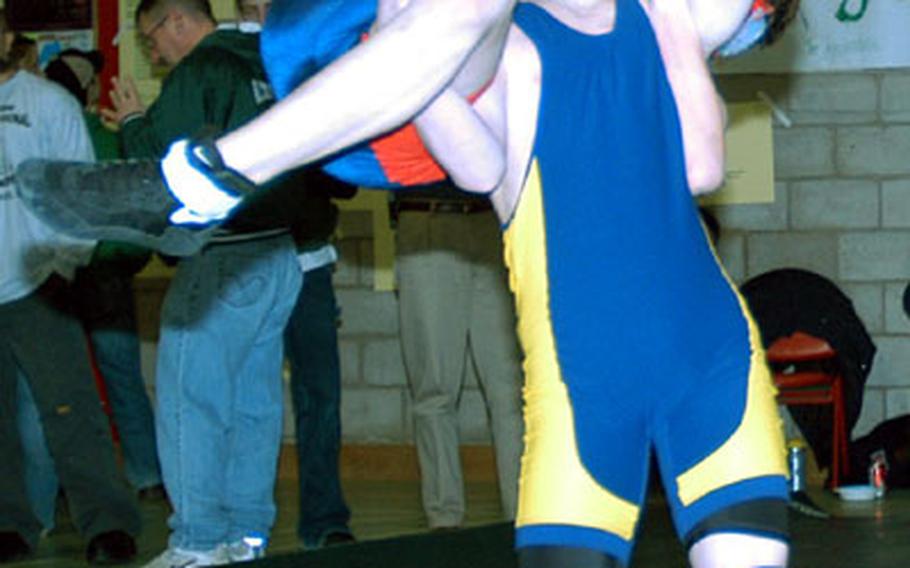 RAF ALCONBURY &#8212; Nearly 100 wrestlers from across the United Kingdom and Europe converged on the Alconbury High School gym Saturday to earn a slot at the European Championship to be held this weekend in Germany.

In the end, 28 student-athletes earned automatic bids to Germany by advancing to the finals in their weight classes, including a London Central High School wrestler who will vie for his third straight European title.

Scott finished his senior-year United Kingdom campaign with a 19-0 record.

London Central coach Fredo Ontiveros said the fierce competition helped prepare his top athletes for the high level of talent they will face in Kaiserslautern.

Alconbury coach Rodney Lucas said hosting the tournament was a double-edged sword for his wrestlers. He was pleased to have his wrestlers competing so close to home but realized distractions abound.

&#8220;I am trying to get myself psyched up for Europeans, but not going out there and being too cocky,&#8221; Bagnall said in between matches.

Lucas, who finished his sophomore, regular-season campaign at 19-3, acknowledged a slight case of the jitters wrestling at home.

Kyle Tyree, who represented Lakenheath High School at 125 pounds, won his weight division and will return to the European tournament.

Other United Kingdom wrestlers who earned a trip to Kaiserslautern: