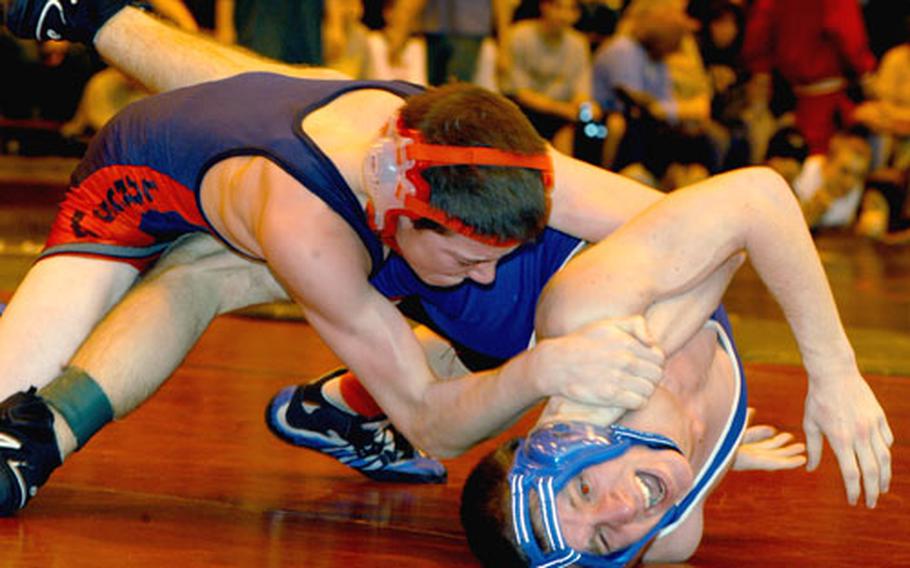 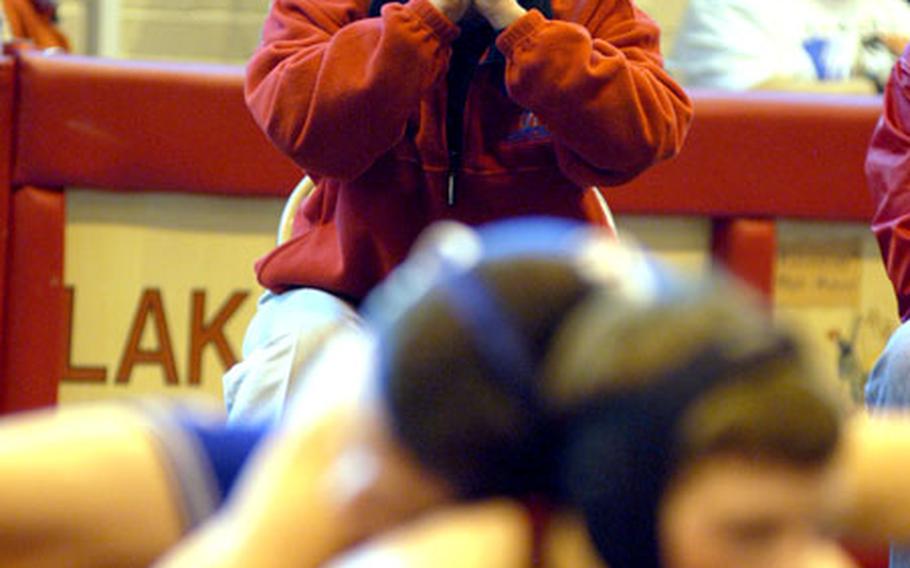 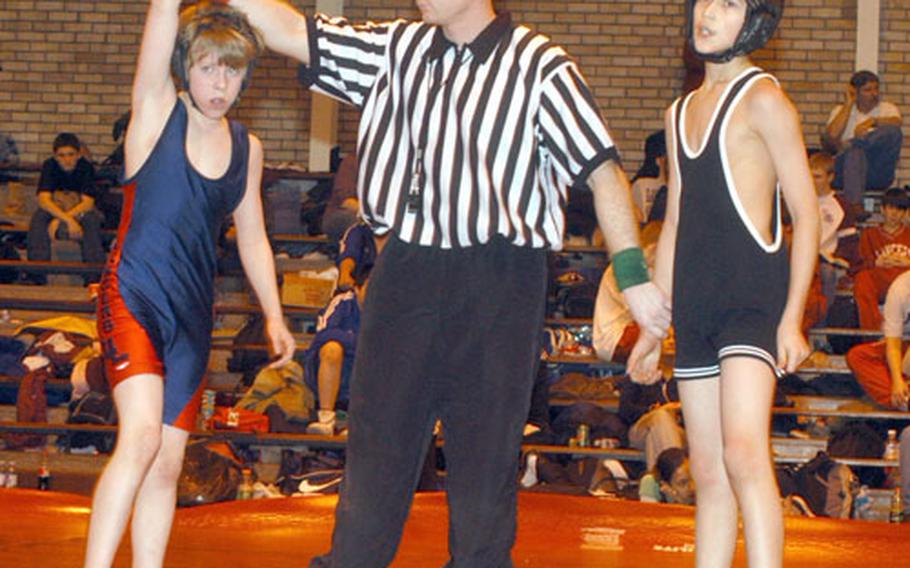 Lakenheath’s Kit Creager, left, is declared the winner of the 65- to 77-pound weight class. With the win, Creager became this season’s middle school overall champion in his weight category. (Sean Kimmons / S&S)

The previous weekend, the Lakenheath wrestlers finished fourth out of 11 teams at the SHAPE, Belgium Invitational. Brock believed the outcome could have been different if two of his wrestlers, Kyle Tyree (on vacation) and Dave McBride (out with a leg injury), competed.

With both wrestlers back in the mix, Brock said Thursday that his team could prevail against London Central and the other four high schools participating in the meet.

Regardless of a good performance, the Lakenheath high school wrestlers fell short of first place by 11 points to London Central.

Ontiveros said he has stepped up the intensity of practice to have his wrestlers prepared for this Saturday&#8217;s sectional qualifying meet at Alconbury, which will determine slots for the European High School Wrestling Championships.

Wrestlers who finish in first or second place during sectionals advance to the championships that will be held Feb. 17-18 at Wiesbaden, Germany. Third and fourth place wrestlers will be wildcard considerations.

Despite the loss to London Central, Brock feels that his Lakenheath wrestlers will be ready for the spirited bouts during sectionals.

&#8220;I think with some of their positive improvement and competition today, I believe they should be doing pretty good,&#8221; he said.

Middle school wrestlers also were present during Saturday&#8217;s meet to compete in their championships.

Lakenheath&#8217;s Kit Creager, a 12-year-old from Indianapolis, Ind., took first in the lightest weight class after beating American School in London&#8217;s Nikko Hardmann by a 6-2 decision.

Creager said he plans to wrestle next year.

Besides Creager, two other Lakenheath middle school wrestlers won their weight class, while two more earned second and third in four of the classes.