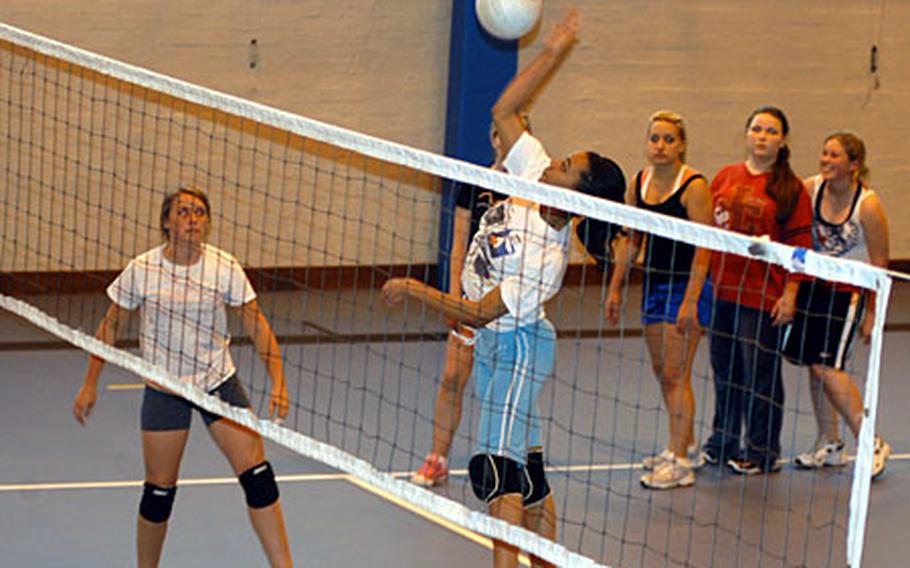 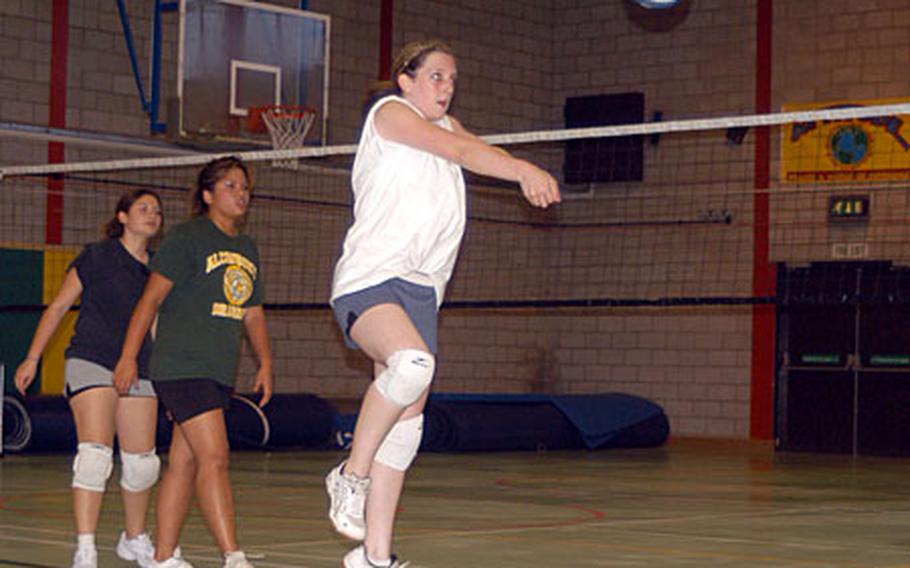 With the closure of London Central High School, volleyball teams in the United Kingdom will be without a long-time rival this season.

However, the remaining three U.K. squads &#8212; Alconbury, Lakenheath and Menwith Hill &#8212; look ahead to a new season with hopes of capturing glory in this year&#8217;s European Championships to be held Nov. 1-3 in Kaiserslautern, Germany.

The U.K. squads will come together for their first contest of the season Sept. 15 at Lakenheath High School.

Junior Nikki Reuning, who had to be sidelined due to illness last season, also comes back to the team.

Claassen, who shares coaching responsibilities with head coach Sharon Starr and another assistant coach, has been impressed with the squad&#8217;s athletic freshman class as well, he said.

The squad&#8217;s coaches will stress conditioning and fundamentals in order to form a competitive team this season, Claassen said, since a team cannot survive solely on natural talent.

More than 20 players were seen trying out for the squad last week, which will eventually be cut down to 10 players.

Lakenheath Lady Lancers: Placed third in Division I EuropeansWith the loss of six seniors and two underclassmen from last year&#8217;s squad, which finished with a 12-1 overall record, head coach Kathy Schick has the daunting task of molding a fresh squad.

At least she&#8217;ll have a large stockpile to choose a winning squad from this season as almost 40 girls were seen trying out for the team last week.

One player with a guaranteed spot on the team is junior Lisa McBride, a setter who had 37 aces and 540 assists last season and made it on the 2006 All-Europe volleyball first team.

A newbie to look out for this season is sophomore Taylor Wright.

In hopes of performing well this season, Schick said practices will focus around the basics of volleyball and bringing the young players together more as a team compared to last year&#8217;s squad.

Menwith Hill Lady Mustangs: Did not place in EuropeansHead coach Wanda Gardener is on a mission to greatly improve from last year&#8217;s winless season that came as a result of her being a new coach with a young squad, she said.

Gardener already has seen a competitive spirit from the 20 girls vying for a spot on her 14-player team last week.

Helping Gardener stay optimistic about the upcoming season is the added know-how of three of her players who went to Aviano&#8217;s summer volleyball camp.

Gardener also will enlist the help of Stacy Morrow, a player on the men&#8217;s base volleyball team.

As a way to get the local community support, Gardener is asking anyone and everyone to attend the team&#8217;s only home contest on Sept. 29.