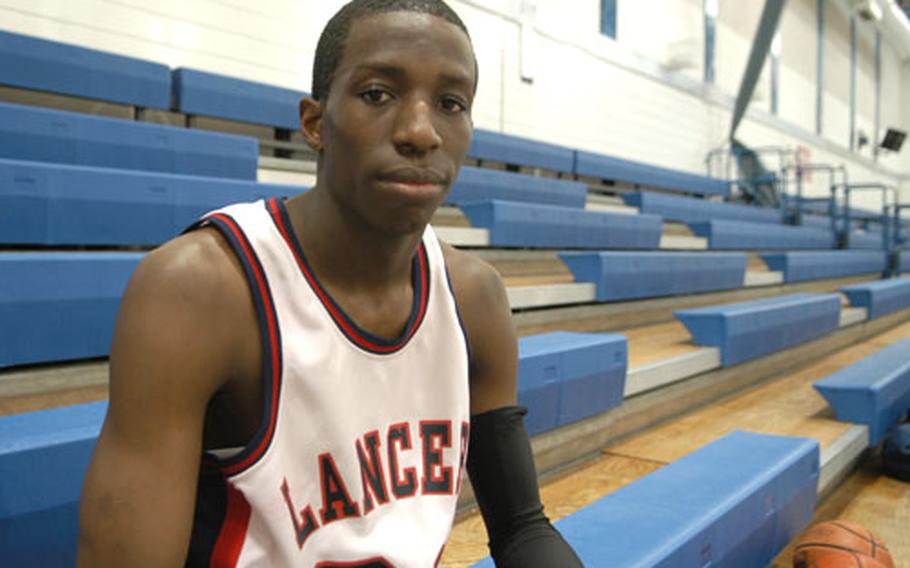 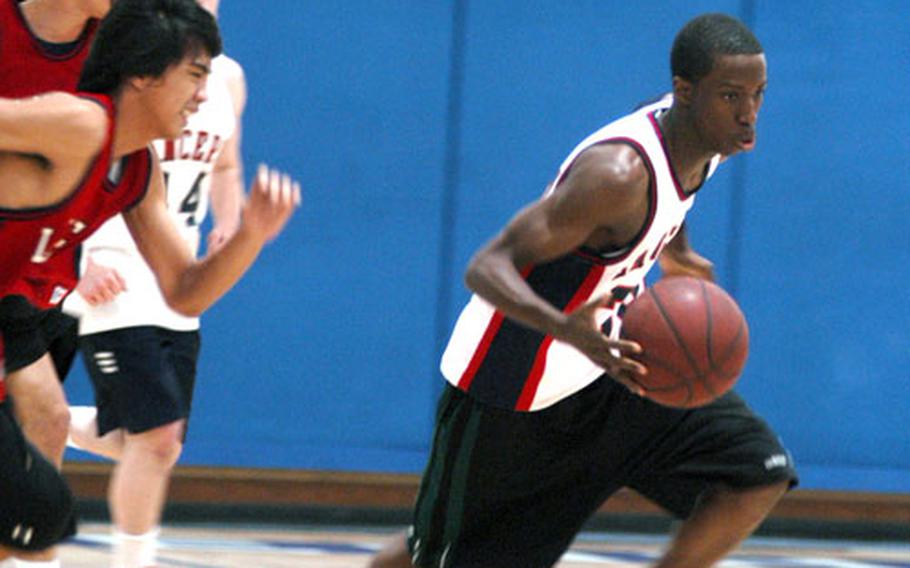 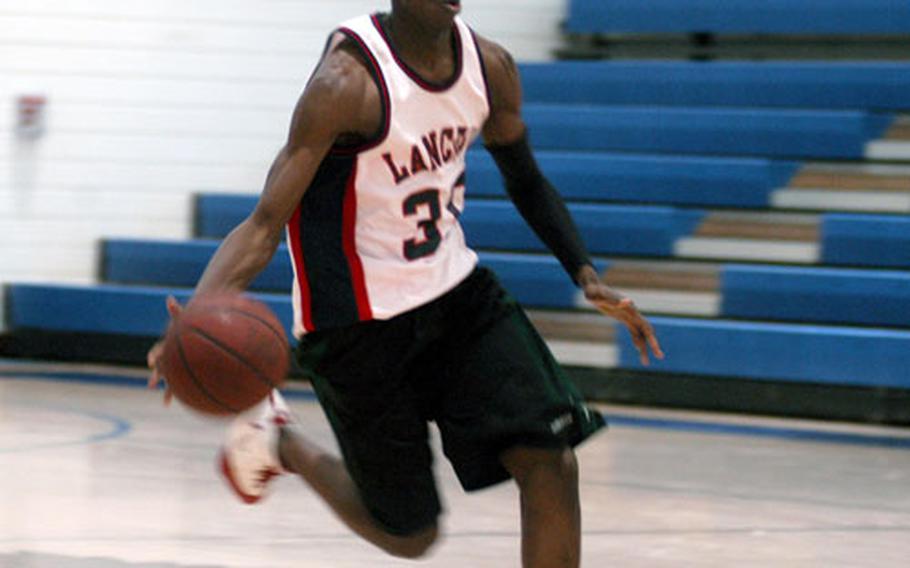 Alford is one of only a few seniors on the team and is known for his leadership and skills on the court. (Sean Kimmons / S&S)

RAF LAKENHEATH &#8212; The coaches of the Lakenheath boys basketball team were busy attending a faculty meeting while the team ran drills at a practice last week.

Overseeing the practice was a Lakenheath faculty member who, unfamiliar with the team&#8217;s routine, relied on the team leader &#8212; senior Eddie Alford &#8212; to give guidance.

The 18-year-old shooting guard got the team warmed up with passing and shooting drills, and then led stretches until the coaches were able to return in time for scrimmages.

Alford also has a lot of speed and ability to make big plays on the court. He had 19 points, eight rebounds and four steals in a game against Brussels earlier this season.

In his fourth year on the Lancer squad, Alford is wanting more out of this season, he said.

To do this, Alford said that the young team will have to improve its defense and play more as a team.

The team also will have to lean on Alford&#8217;s skills to be successful. The quick, 6-foot-tall Alford, who tries to mold his play off of basketball studs Dwayne Wade and Kobe Bryant, said he likes to drive to the rim against opponents.

If the defense can stop him from shooting a layup, he&#8217;ll dish it out to an open teammate on the outside for an easy jumper, he said.

However, Alford doesn&#8217;t consider himself the go-to guy in the final minutes of a game.

He hopes the Lancers, who under the DODDS-Europe regional schedule are playing mostly teams from Belgium and the U.K., will be ready for the European championships Feb. 20-23 in Mannheim, Germany, when it will be playing other Division I teams.

He also hopes his &#8220;team-first&#8221; personality will land him a spot in the college arena next year. Right now, he&#8217;s looking for scholarships to a Florida university, such as the University of South Florida or the University of Tampa, he said.

In his tenure at Lakenheath, Alford also has played football and competed on the Lancers track team.