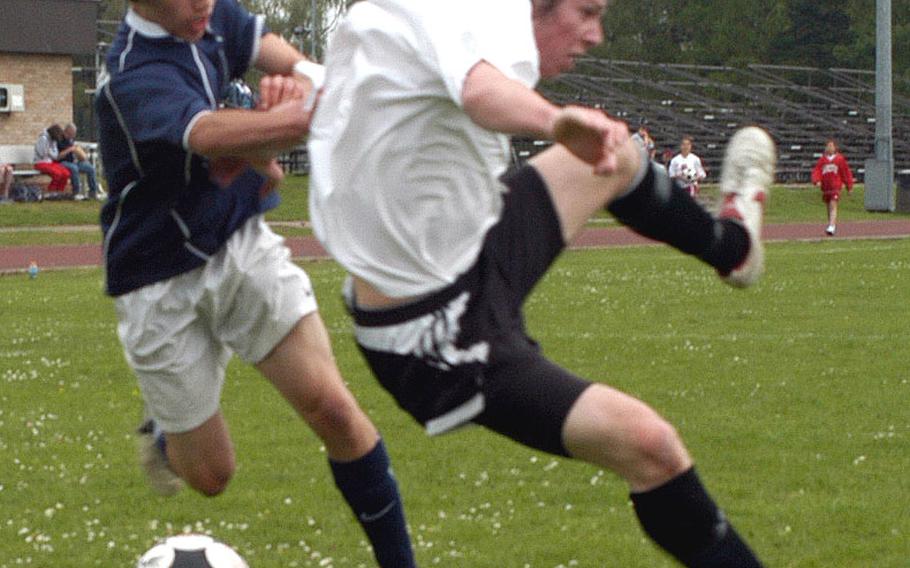 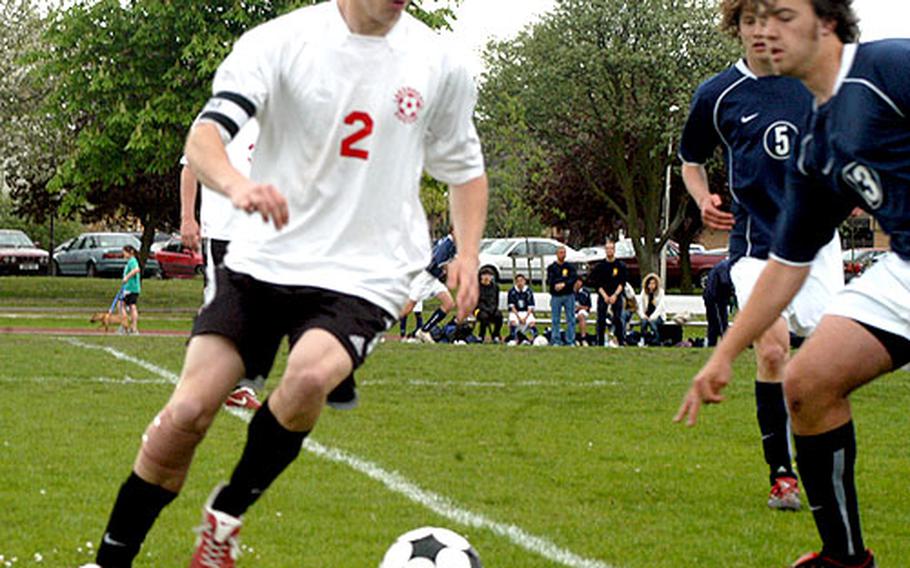 RAF LAKENHEATH &#8212; Heidelberg&#8217;s soccer team arrived in England determined to maintain its winning ways. Junior Sean Kerber made sure the Lions did not leave disappointed.

Kerber netted three goals, including two in the second period, to lead Heidelberg to a 3-0 win over Lakenheath. The game was nearly blighted by a second-period injury to the Lancers&#8217; Andrew Tygett, who was taken from the pitch on a stretcher after a midair collision with a Heidelberg player.

Tygett&#8217;s exit proved to be only precautionary as he walked back later to watch his teammates struggle against a Lions squad that appeared to be always one step quicker to the ball.

Kerber, especially, weaved around the Lancer defense with deft moves and quick feet.

Kerber praised his teammates for setting him up for scoring opportunities and creating an atmosphere on and off the pitch that fosters winning.

With his hat trick Saturday, Kerber upped his number of goals this season to 17. The win improved Heidelberg to 5-1-0 overall, 4-1-0 in Division I, and dropped the Lancers to 4-2 overall, 3-2 in the division.

Billington said the loss has not shaken his faith in the team as it prepares for its final regular season game against the International School of Brussels, the division champs, and the upcoming European championships, when Lakenheath gets another shot at its Division I rivals and the D-1 crown.

Billington said the Lancers are ready for the ISB challenge this Saturday.