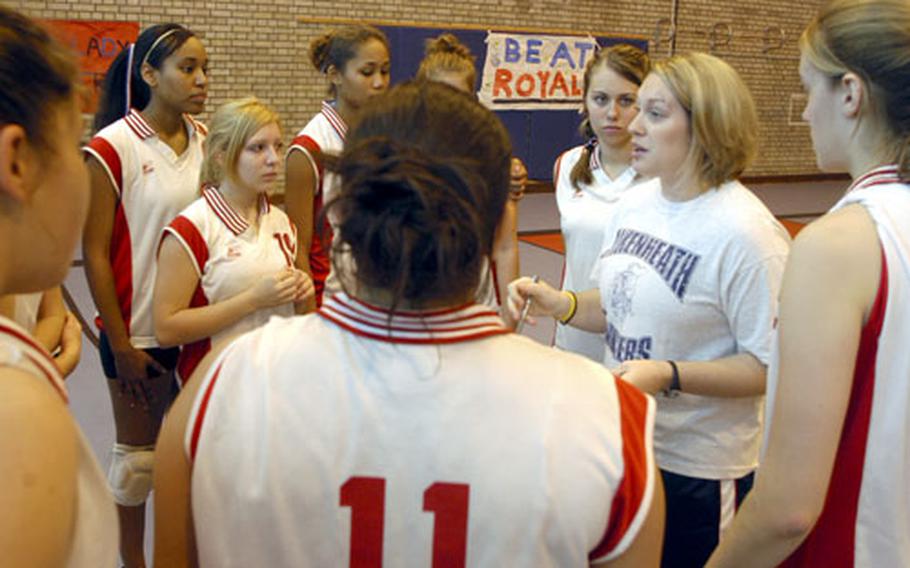 Lakenheath players listen to coach Kathy Schick, second from right, while on a timeout during the game. (Sean Kimmons / S&S)

Lakenheath players listen to coach Kathy Schick, second from right, while on a timeout during the game. (Sean Kimmons / S&S) 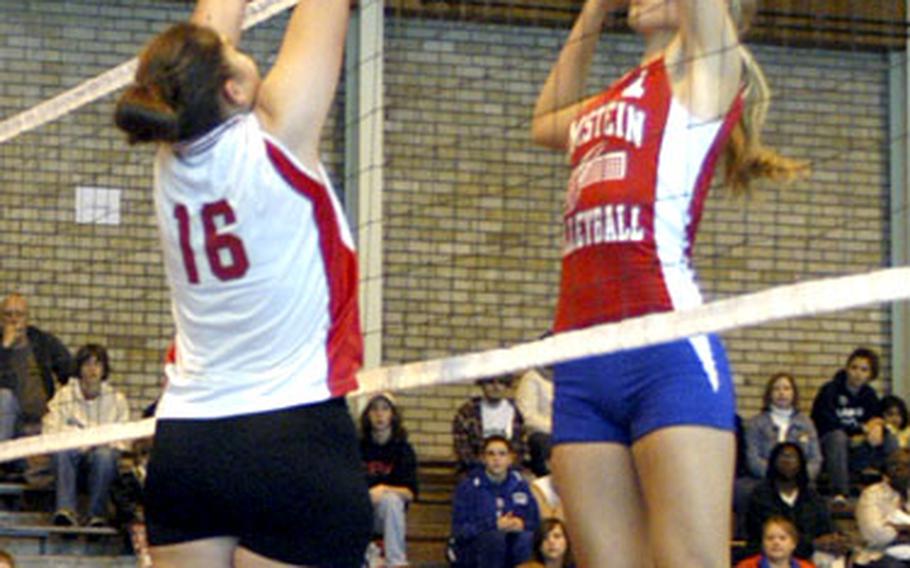 Lakenheath’s Lisa McBirde (center, No. 16) tries to block a spike from a Ramstein player during a game at Lakenheath High School on Friday. Ramstein won three out of five games to beat Lakenheath. (Sean Kimmons / S&S) 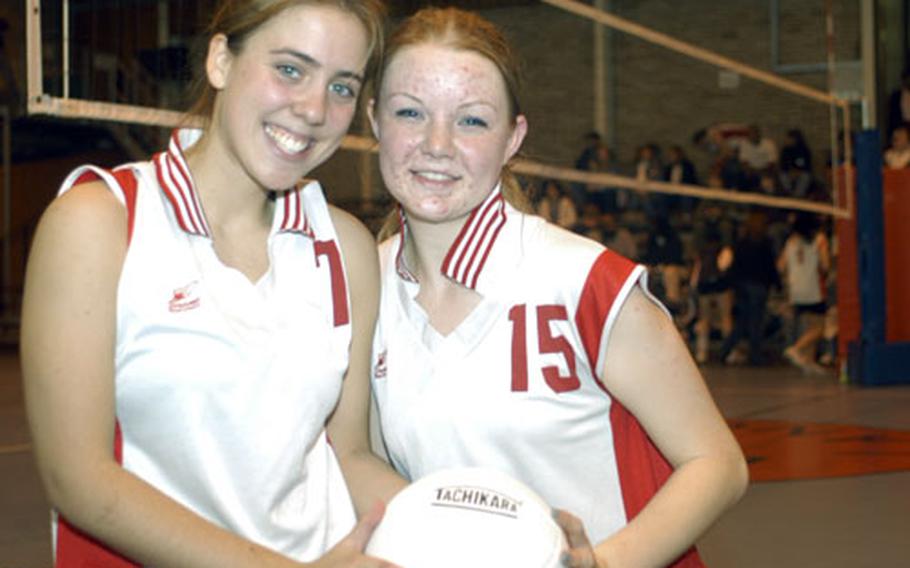 RAF LAKENHEATH &#8212; Minutes after Saturday&#8217;s heartbreaking defeat to Ramstein, Lakenheath&#8217;s Chelsie Henderson and Greta Gerstner vowed to rebound and lead their team into a rematch with the Lady Royals in the DODDS European volleyball championship tournament next month.

The senior has good reasons to be optimistic.

She and Gerstner had led the Lady Lancers through 10 straight wins before the loss at the hands of still-undefeated Ramstein.

The two top teams in Division I of the Department of Defense Dependents Schools battled throughout the 2&#189;-hour match Saturday afternoon with lengthy volleys, ferocious spikes, deft sets and agile playmaking on both sides.

Even in defeat, the Lady Lancers showed tremendous character overcoming a 2-0 deficit to win two straight games before finally falling 15-8 in the fifth and final game.

That steady leadership is what first-year coach Kathy Schick has come to depend on from Gerstner and Henderson.

Both seniors say they would like to play volleyball on the college level in the United States after graduating from Lakenheath. For now, however, they are focused on getting back to practice to prepare for a potential rematch with Ramstein.