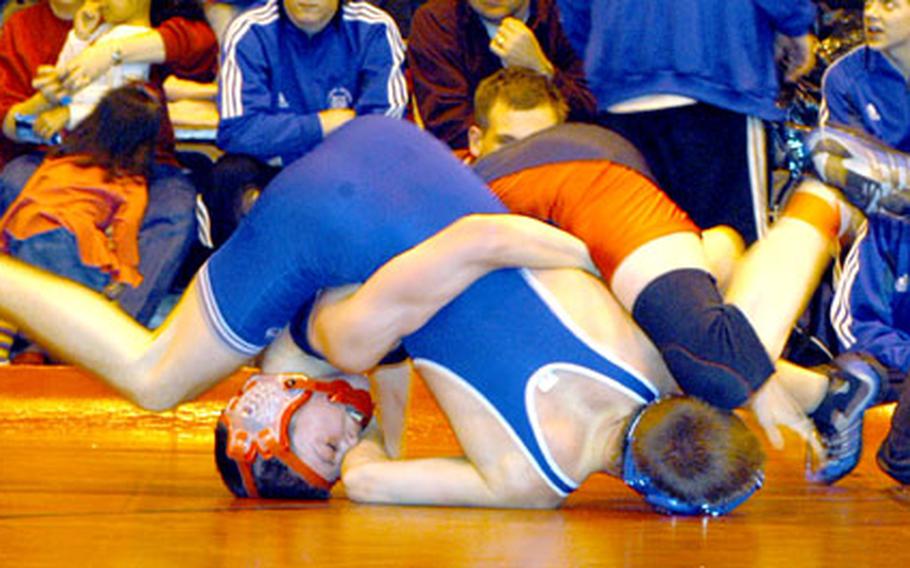 For now, he&#8217;s content to keep his combat focused on the wrestling mat.

Tyree won one of his three matches at the Europeans.

The 15-year-old Virginia native credits his journey to a wrestling camp at Cornell University last year as the biggest factor behind his success.

He finished the regular season with an 8-1 record.

Tyree is a three-sport athlete who barely missed the cutoffs for the European golf championships earlier this school year. As soon as wrestling wraps up, he will hit the pitch as a wingman for the Lakenheath High School soccer squad.

He said he is going to wait until his senior year to determine which sport he has the greatest opportunity to participate in at the next level.

Tyree said he would like to study criminal justice in college and ultimately join the FBI.

The skills he&#8217;s honing on the wrestling mat could possibly make him a more capable federal agent.