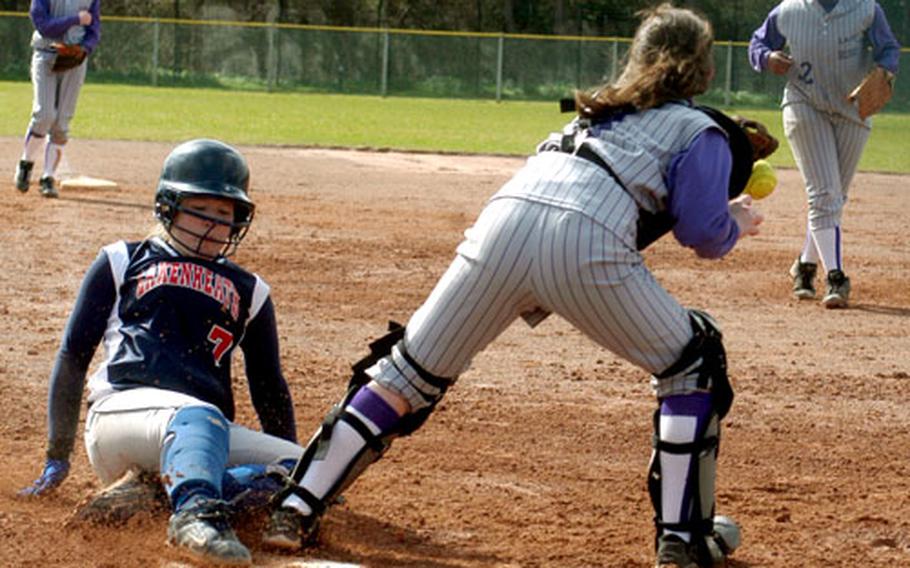 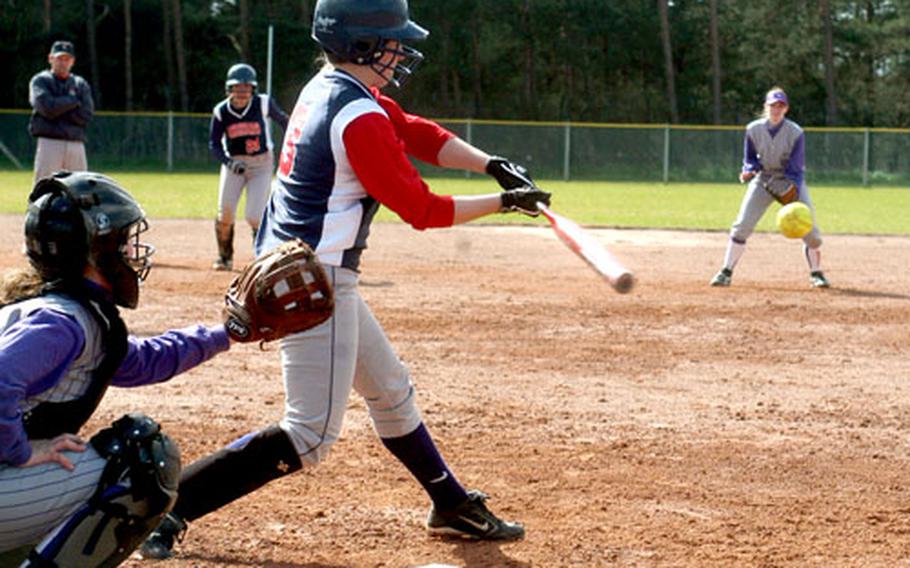 Lakenheath senior Ashley Mansfield smacks a double into the outfield to score two runs in the fourth inning of the first of two games against Würzburg. (Sean Kimmons / S&S) 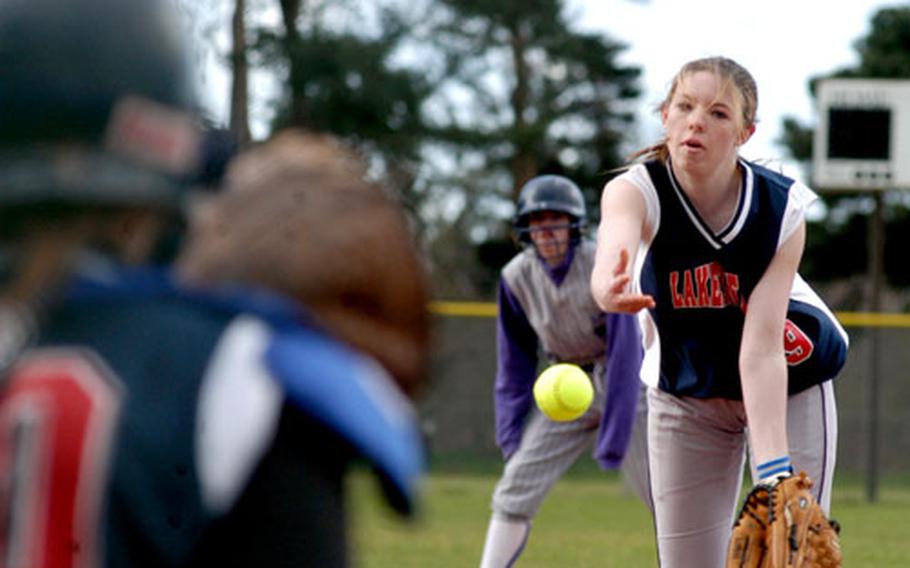 Lakenheath senior Brynn Lipor delivers a strike to a Würzburg batter in the first game of a Saturday doubleheader. Lipor had seven strikeouts as Lakenheath won both games and improved to 4-0. (Sean Kimmons / S&S)

RAF LAKENHEATH &#8212; Sophomore Rebecca Groff used her skills in the batter&#8217;s box and on the pitching mound Saturday to secure two wins for the Lakenheath Lady Lancers softball team in a doubleheader against W&#252;rzburg.

Groff went 6 for 7 on batting for the day and struck out nine W&#252;rzburg batters in the last game, which became a 15-3 victory for the Lady Lancers. In the first game, Lakenheath Senior Brynn Lipor fanned seven batters in the 13-2 win.

Even though the Lady Lancers improved to 4-0 on the season in dominating fashion, Lakenheath softball coach John Gilmore said there is room to improve.

On the other field at Lakenheath High School, Alconbury beat London Central, 11-7. Alconbury senior Megan Archer struck out 13 batters and senior Aga Brown had two hits in the closely fought game. Alconbury is now 2-2 on the season.