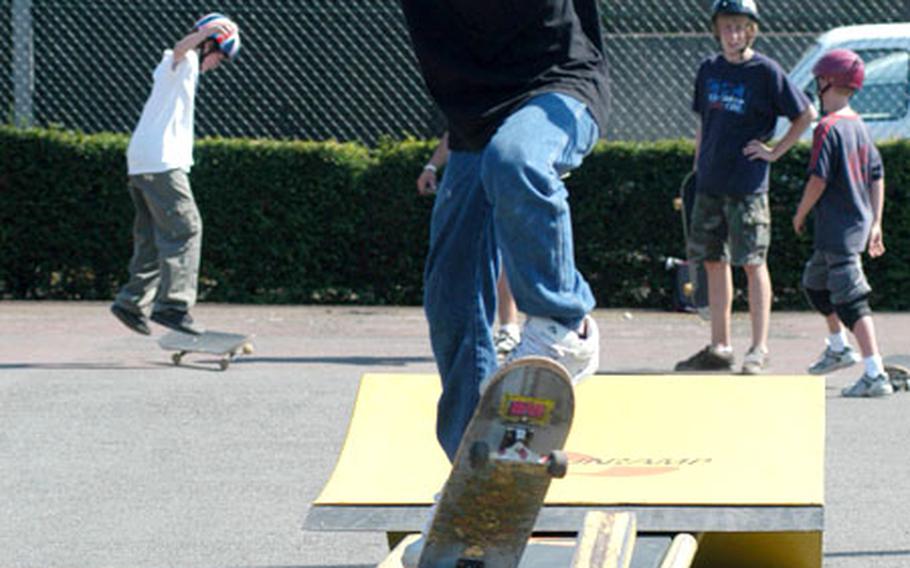 C.J. Chango, 12, ollies onto a rail as he practices a boardslide trick at RAF Mildenhall’s skatepark. (Sean Kimmons / S&S)

C.J. Chango, 12, ollies onto a rail as he practices a boardslide trick at RAF Mildenhall’s skatepark. (Sean Kimmons / S&S) 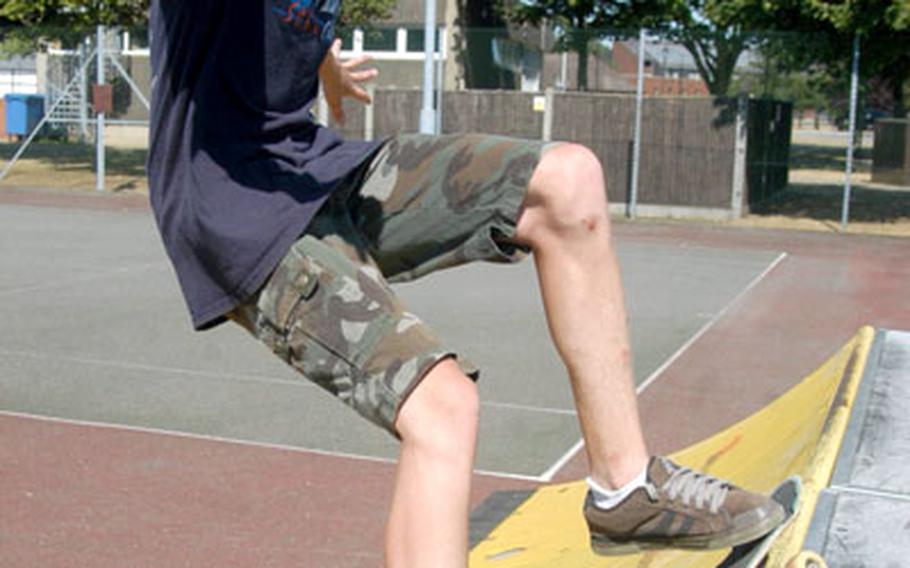 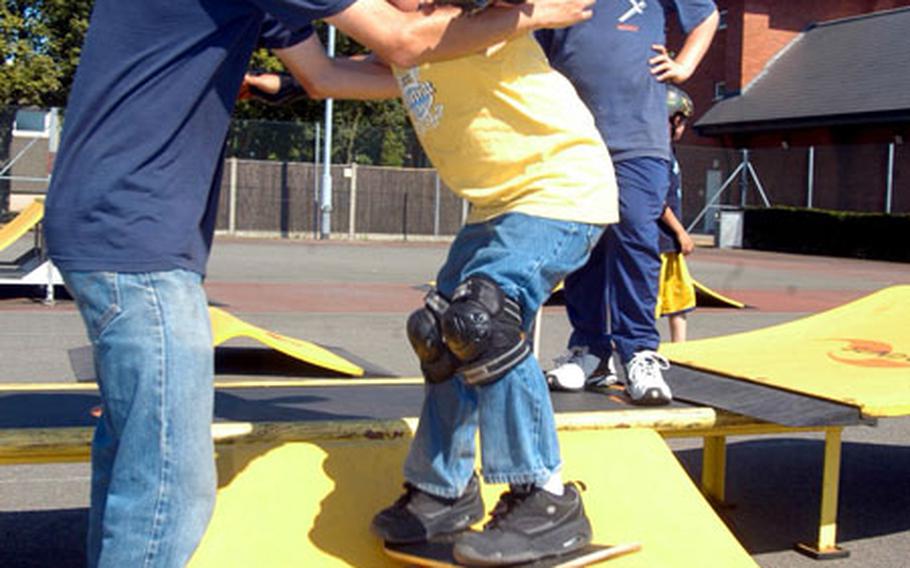 RAF MILDENHALL &#8212; Attempt after attempt, Logan Lawless continued to skate up a ramp in hopes of perfecting a 50-50 grind inside the skate park here last week.

&#8220;I almost landed it that time,&#8221; the 14-year-old said to another skateboarder participating in a weeklong skateboarding camp sponsored by the youth programs center.

In order to do this grind trick, the weight of a skateboarder has to be distributed evenly on the board while grinding the board&#8217;s trucks on an obstacle. Even though Logan couldn&#8217;t land it on this day, he didn&#8217;t give up and improved every stab he took at it.

The 50-50 grind was one of many tricks that skateboarders learned and practiced during the camp taught by two instructors with 28 years of skateboarding experience between them.

The first skill that instructors went over is how to fall properly, Welk said. Losing balance and crashing to the ground is almost guaranteed when learning to skateboard, so students learned a battle roll.

Besides safety, the instructors went over other basic skills, such as drop-ins and how to ollie. They even taught more advanced tricks, which sparked Logan&#8217;s interest.

To help the skateboarders become proficient in what they&#8217;ve just learned, the instructors conducted group activities such as games and competitions.

Welk and the other instructor, Falco Baltys, were contracted out from the San Diego-based Premise Intelligence Agency. They also taught the camp at RAFs Alconbury, Lakenheath and Croughton, as part of their England tour.