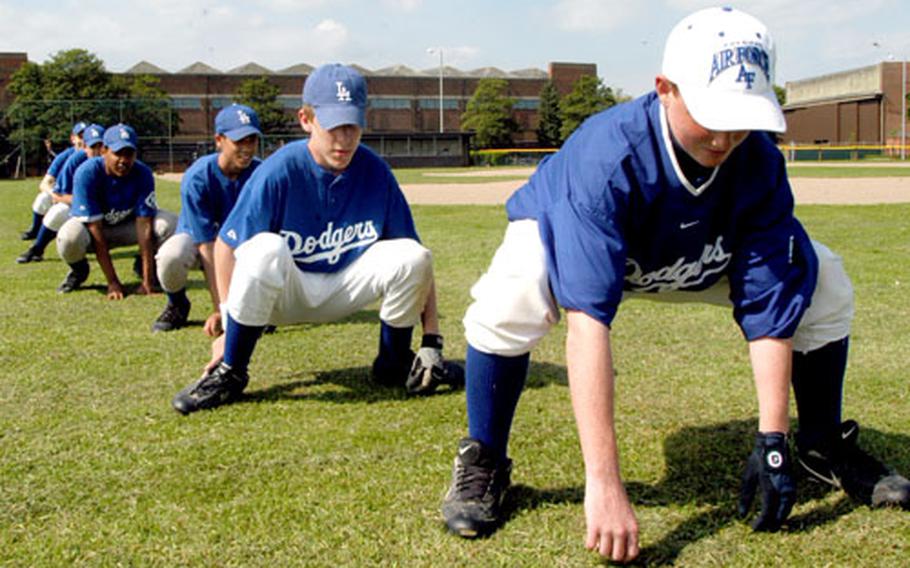 Members of the Dodgers, a team composed of children of local airmen, stretch during practice. The team ended its regular season with a 9-1 record but is still practicing as up to eight players are hoping to be selected for an All-Star team. (Bryan Mitchell / S&S)

Members of the Dodgers, a team composed of children of local airmen, stretch during practice. The team ended its regular season with a 9-1 record but is still practicing as up to eight players are hoping to be selected for an All-Star team. (Bryan Mitchell / S&S) 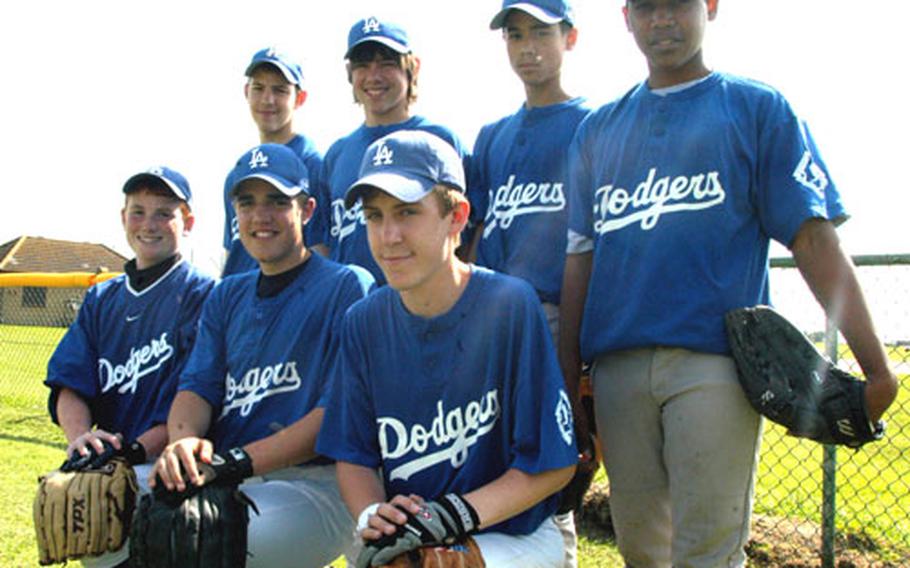 RAF FELTWELL &#8212; Nearly every kid who dons a baseball uniform dreams of one day playing before the nation in a premier event. A group of local youngsters are working toward their chance.

The Dodgers, composed of children of RAF Lakenheath and RAF Mildenhall airmen, ended its regular season with a 9-1 record in the London Youth Baseball League.

The team is still meeting twice a week at the RAF Feltwell baseball field as up to eight of the players are expected to be selected for a 12-man London Youth Baseball League All-Star team.

The Dodgers twice braved snow on the diamond as they started practice in February and traveled roughly five hours round trip to play at RAF Daws Hill in Northwest London.

&#8220;We just had a great group of kids who had a great time this season,&#8221; said manager Chris Frederick, who serves at RAF Mildenhall. &#8220;There was no animosity, no cliques, no arguing. All these kids played hard together and even when they lost, they played hard.&#8221;

The All-Star team will travel to Kutno, Poland, next month and compete against teams from 11 countries across Europe, Africa and the Middle East.

&#8220;We know it will be fun and a great opportunity to play other countries,&#8221; said Marshall Webb, a 14-year-old eighth-grader who has played baseball for nine years. &#8220;We have a great team with quality players who really know their positions.

The winner of the tournament in Poland will advance to Michigan and face the winner out of the Asia-Pacific bracket on Aug. 13.

Frederick said if his players continue to work hard and play like they did in the regular season, they will have a solid chance to capture the title in Poland.