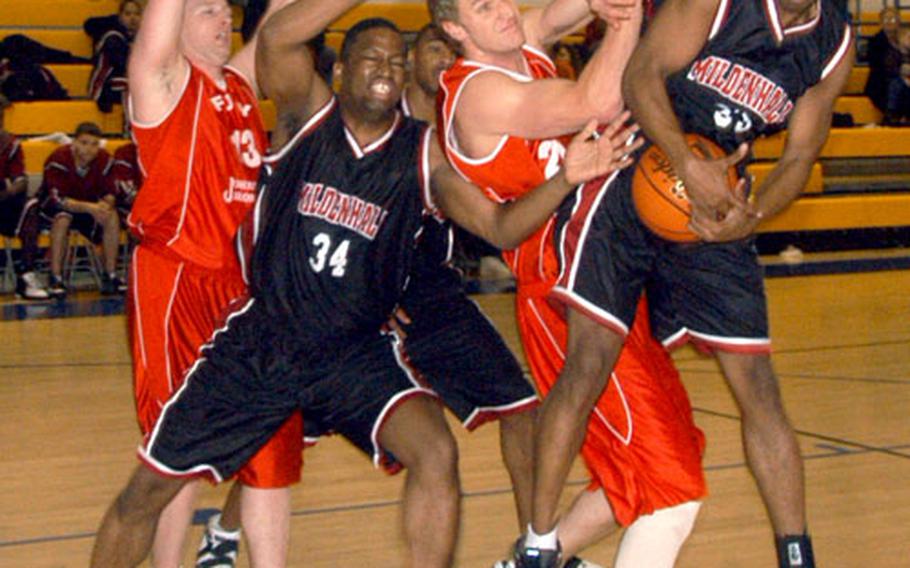 Mildenhall’s Corey Fletcher goes up for a dunk during the championship game of the Dave Allen Basketball Tournament. (Sean Kimmons / S&S)

Lawrence Summers, a point guard for Kings Lynn, slips past a trio of Mildenhall players for a layup and two of his 60 points during the championship game. (Sean Kimmons / S&S) 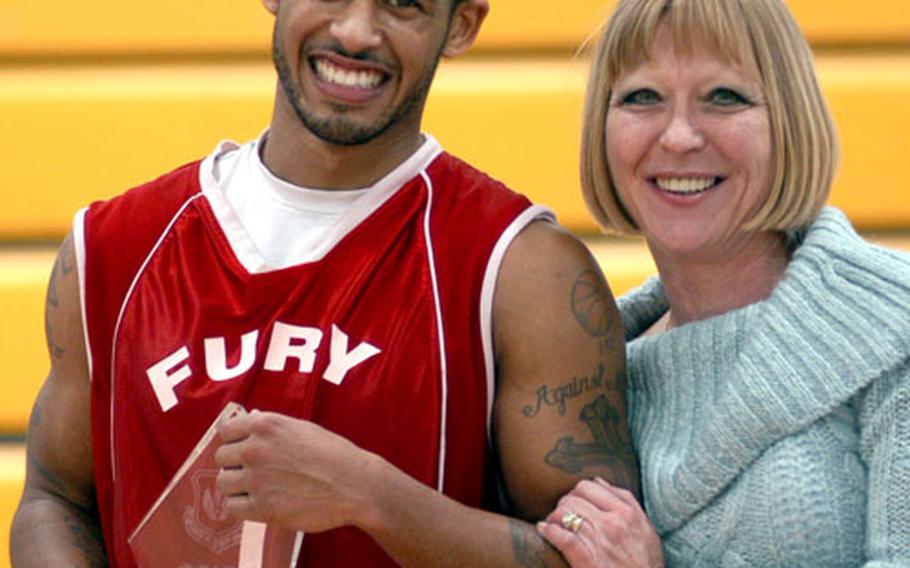 Lawrence Summers poses with Sharon Allen after receiving the MVP award. Sharon Allen is the wife of Dave Allen, a basketball official at RAF Lakenheath who died from cancer. (Sean Kimmons / S&S) 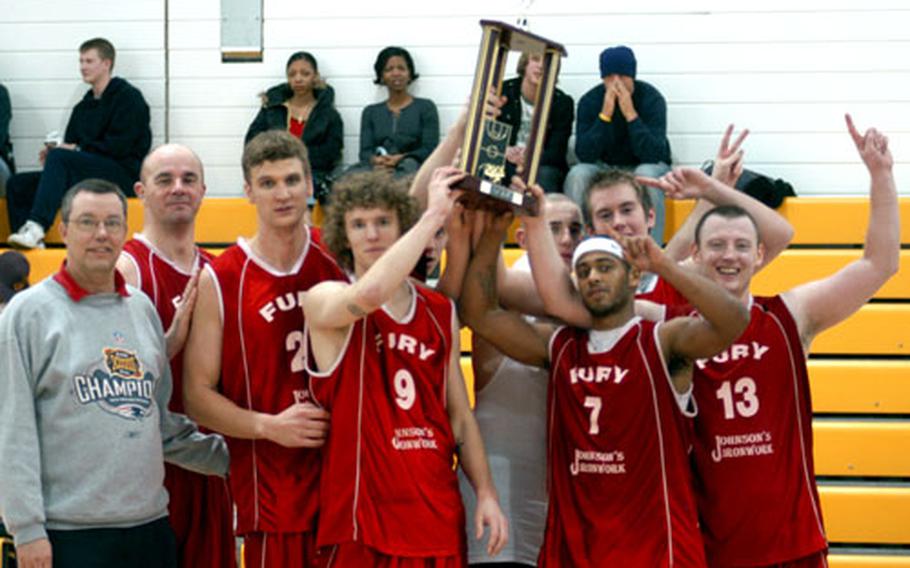 Summers scored 60 points Friday afternoon and became a crowd favorite as he led the semi-pro Kings Lynn Fury back from a 14-point third quarter deficit to 101-91 win.

Summers, who played college basketball at Davidson College in North Carolina, fought doggedly throughout the contest, slashing through the Marauder defense for layups and tossing in several 3-pointers, including a fall-away 25-foot trey with under a minute to play that all but sealed the Kings Lynn win.

Mildenhall coach Calvin Cathey said Summers&#8217; performance in the championship game against his Marauders, now 9-2, typified the play of the scrappy 5-foot-8-inch point guard throughout the two-day tournament.

Cathey said the loss, while disappointing, will ultimately serve the team well as it fights to defend its USAFE crown.

Mildenhall shot relatively well and played strong enough to jump out to an early 8-2 lead and open up a 14-point difference midway through the third quarter.

Forwards Corey Fletcher and Byron Washington paced the Marauders with 23 and 22 points, respectively. Point guard Brandon Suber, who had the unenviable task of guarding Summers, tossed in 14 points, including three 3-pointers.

The tournament was held over two days at the 48th Fighter Wing fitness center and featured base teams along with Kings Lynn and MacPro, a semi-pro team from London.

The Lakenheath Eagles and MacPro finished the tourney 1-2 while Mildenhall finished 2-2 and the Fury went 3-1 with its only loss coming to Lakenheath in the opening game of the tourney.

Allen, a retired 48th Fighter Wing master sergeant, had officiated sports of all kinds for the Air Force community in England for more than a decade before cancer claimed his life last summer.

His widow, Sharon, was on hand for a ceremonial tip-off as well as to award the championship trophy to Kings Lynn, where, coincidentally, she met her husband in 1989.

Sponsors hope the tourney will become an annual event. Reaves said he hopes to expand the tournament to more British teams next year and to establish a holiday hoops tradition to honor Allen.