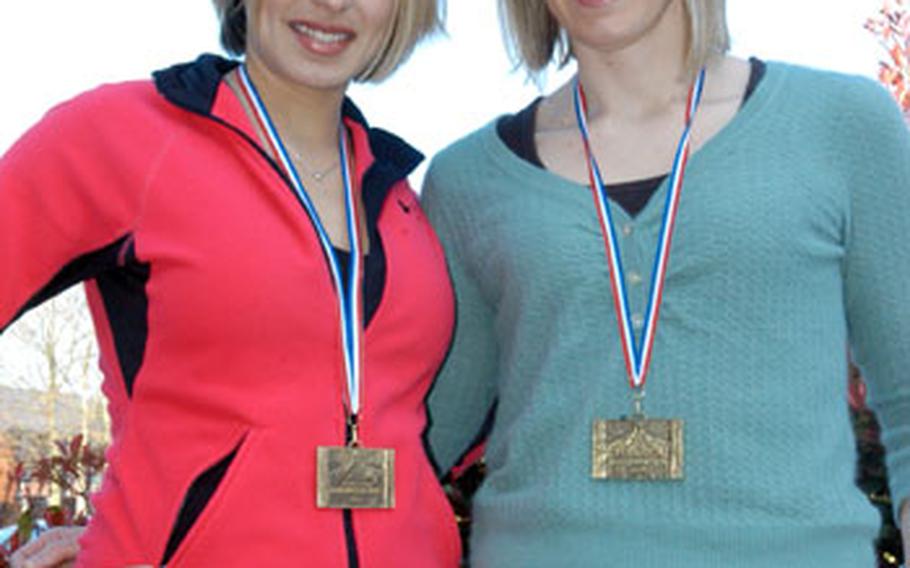 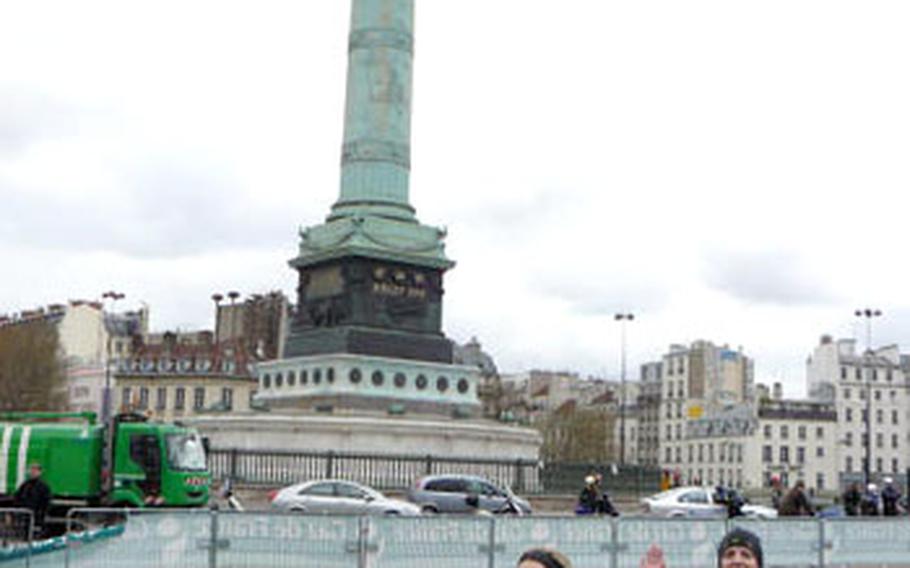 Arnett (in pink) said the hardest part of the marathon was the final four miles. (Photo courtesy of Kelly Ewert) 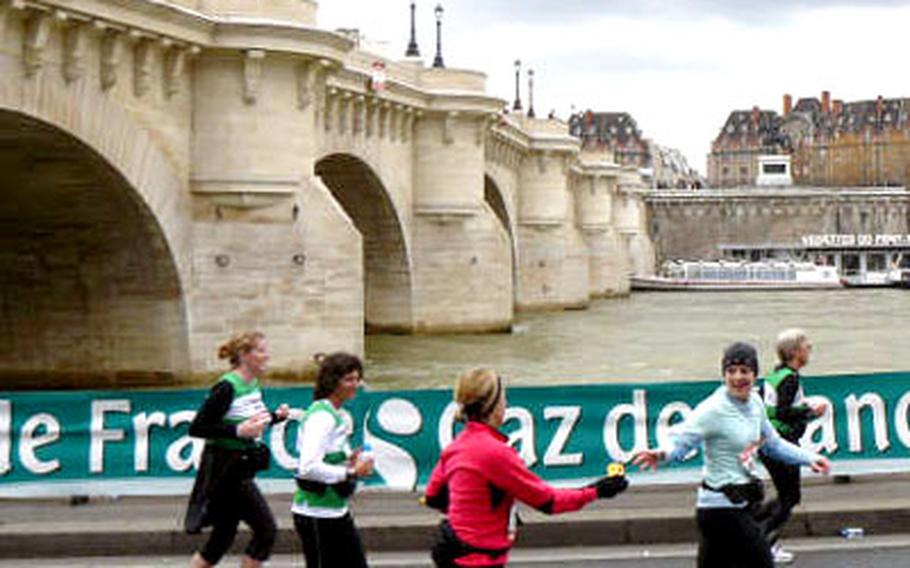 Early in the race, Arnett and Ewert made a pact to keep pace with each other. (Photo courtesy of Kelly Ewert)

Be it Bear Bryant or Bobby Knight who said it first, that chestnut needs just a tweak to apply to Courtney Arnett and Kelly Ewert.

They weren&#8217;t trying to win the Marathon de Paris 2008 on April 6 in the City of Light. That would require a kind of fanaticism that only the most hardcore runners possess.

But make no mistake, Arnett and Ewert trained hard. That volatile basketball legend Bobby Knight probably would agree that they had the will to prepare. And true to Knight&#8217;s ruminations, they said the preparation was the worst part.

For four months the two friends gritted out the training needed to complete the 26-mile jog through Paris.

Life tends to get in the way of marathons, the two said.

The idea of running the marathon first came to Ewert, and she then pitched it to Arnett, her fitness instructor at the Mildenhall gym.

Neither had run a marathon before.

The pair ran about 40 miles a week during training, including grueling Saturday runs that comprised numerous laps around Mildenhall&#8217;s flight line.

All the training took them away from their husbands and families, Arnett said, but both said their loved ones were pretty accommodating.

The marathon route took them from the Arc de Triomphe down the Champs-Elys&#233;es and throughout the city, Arnett said.

They made an agreement before the run that they&#8217;d stick together, she said.

Arnett said that those conventionally fit types who hone their bodies in the gym are not necessarily at an advantage in an endurance campaign such as the marathon. It requires a different kind of fitness.

The last four miles were the worst, said Ewert, doubly proud of her run after having a baby a few years ago.

They finished with a mark of about 6 hours. The female winner of the marathon crossed the finish line in 2 hours, 25 minutes and 33 seconds.

Now that it&#8217;s over and the leg pain subsiding, Arnett and Ewert said they&#8217;re happy they were able to accomplish what they set out to do, with neither giving in.

That&#8217;s something worth preparing for.