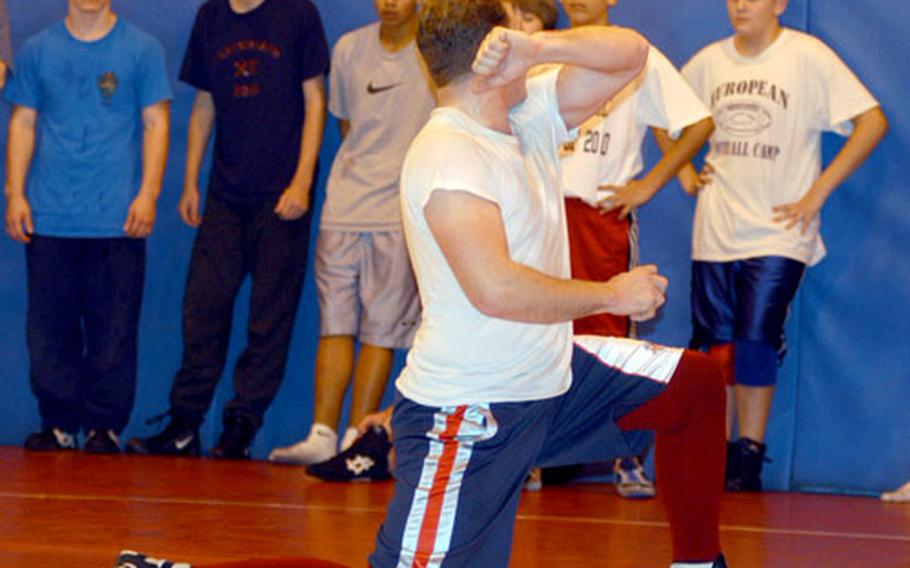 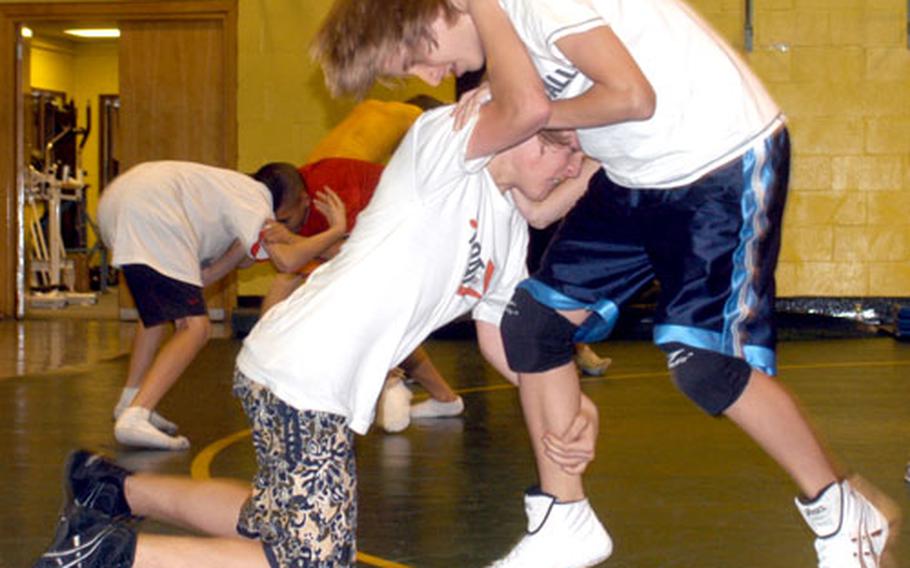 High school wrestlers across the United Kingdom will have seven meets this year to show off their skills on the mat and earn that coveted spot in the DODDS-European championships to be held in Wiesbaden, Germany, in mid-February.

To start off the year&#8217;s wrestling season, U.K. schools will collide this Saturday on the grounds of RAF Menwith Hill.

Lakenheath: Back to square oneThe Division I Lancers look like they&#8217;re back to square one. None of the squad&#8217;s four wrestlers who competed in Europeans last year is returning this season, and there are no seniors on the team to help guide the 19-member squad, mainly comprised of sophomores and freshmen.

Brock said that is he currently searching for more students to join his wrestling squad.

The squad should benefit from an arsenal of volunteer coaches who are conditioning and training this year&#8217;s batch of wrestlers.

London Central: Looking to repeatPerhaps the most talented U.K. team last year, the London Central Bobcats look to repeat their Division III championship behind four returning wrestlers with experience in the Europeans.

It&#8217;ll be more difficult this year, since the squad lost many of the studs that propelled it to a championship. If that&#8217;s not enough, long-term assistant coach Harry Paek will be transferring out of the school in December, leaving head coach Fredo Ontiveros alone at the helm.

On the bright side, the squad has 20 wrestlers this season, which should make for a competitive team. Ontiveros said that he is still waiting for his upperclassmen to take on leadership roles.

This season might be the last chance for many of the wrestlers to compete because the school is scheduled to close at the end of the school year. That may give the younger wrestlers added motivation to perform well, Ontiveros said.

Alconbury: Moving forwardFirst-year Alconbury wrestling head coach Mark Hanssen is looking to use the eight years of coaching experience he built in Japan to take his new Division IV squad of 13 wrestlers into the season.

For the past four years, Master Sgt. Rodney Lucas has volunteered his time to assemble a competitive wrestling program at Alconbury and will be the Dragons&#8217; assistant coach this year. Hanssen and Lucas plan to instill wrestling fundamentals and discipline to build up another strong team. Last year&#8217;s squad had six wrestlers head to Europeans.

Two seniors are among the returning stars who went to the Europeans. Doug Bagnell placed sixth at the 189-pound weight class and Luis Trujill did not place but took third at the 135-pound class in regional competition.

Menwith Hill: Focus on individualsWrestlers are hard to come by at this high school, which is one of the smallest in DODDS-Europe, with an enrollment of less than 100 students. Fortunately, head coach Bryce Gosney and assistant coach Pat Brew were able to find six members this year.

Gosney, a Marine sergeant stationed at the base, and Brew, a teacher at the Division IV school, will focus more at the individual level rather than concentrating on a team effort because the team is so small.

Brew has high hopes for the Mustangs&#8217; two returning seniors: Jesse Best and Christopher Brew, who are the backbone of this year&#8217;s team, he said.

The rest of the squad consists of first-year wrestlers, including juniors Matt New and Danielle Lutes, who is the school&#8217;s first female wrestler, as far as Brew knows. Sophomore Patrick Roberts and freshman Joe Benito make up the rest of the squad.