Sports: High school teams get taste of year to come at football jamboree 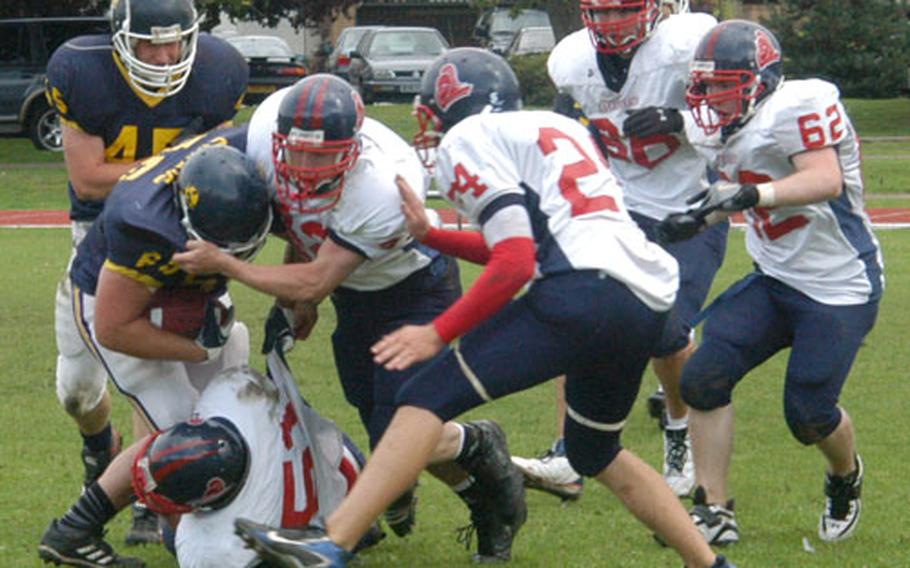 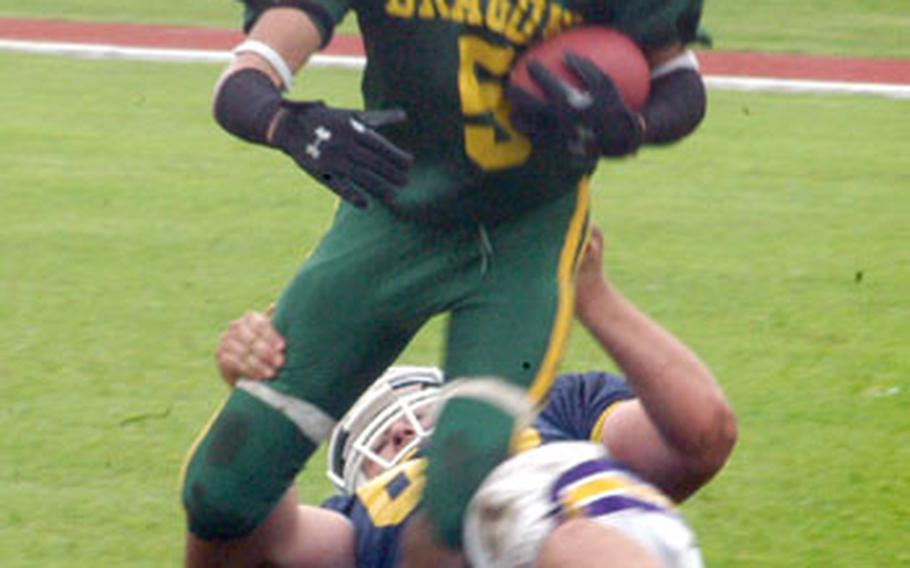 RAF LAKENHEATH &#8212; Though football season doesn&#8217;t officially kick off until this weekend, players from around England got their first taste of action Saturday at a high-school football jamboree here.

Teams from Norwich and RAFs Alconbury, Menwith Hill and Lakenheath squared off during the two-hour series of controlled scrimmages. All four squads took to the turf at once, playing one another on half the field in 30-minute intervals &#8212; 15 minutes on offense, then 15 minutes on defense.

With coaches on the field and in the huddles, the day was a warmup for the upcoming season.

"This is the first experience a lot of these kids have with any football," said Janis Ready, Lakenheath athletic director. "You learn a lot when you play against guys that aren&#8217;t on your own team."

The cheering crowd and striped-suited officials made the experience even more real for the players, she said.

For Mike Poston, whose son Dylan plays center and middle linebacker for Menwith Hill, the day was spent not in the stands or on the sideline, but in the announcer&#8217;s booth filming the mini-games.

Poston has been the team&#8217;s unofficial videographer since his son, now a junior, began playing two years ago. He enjoys shooting the games though "sometimes it&#8217;s tough watching through a lens, especially when there&#8217;s a big play," he said.

For Chuck Pope, who graduated from Lakenheath in the spring and played Lancer football all four years, Saturday "was a little weird." That&#8217;s because for this football jamboree Pope, 18, was playing for the Norwich Devils, a British team for 19 and unders.

"It was pretty cool though," said Pope, now taking college classes and coaching football at Lakenheath.

"I think I like playing with the American guys more because they get more pumped up," he said. "There are a couple different rules [for the British version of American football], but it&#8217;s basically the same concept."

While the high-school teams are just starting their season, the British league is wrapping up.

"We go from April until now," said head coach Alex Scott. "We can have as many Americans as we want, so if they want to play all year round they&#8217;re more than welcome."