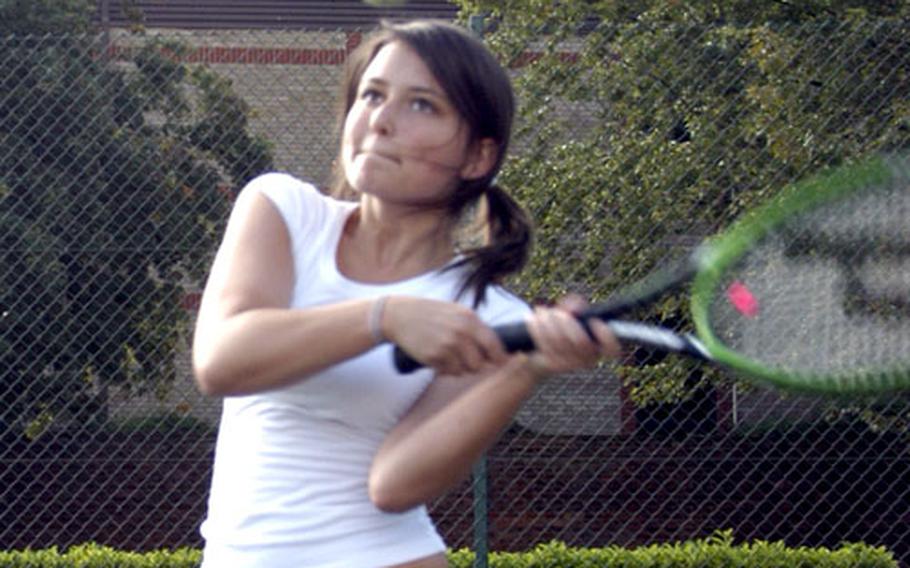 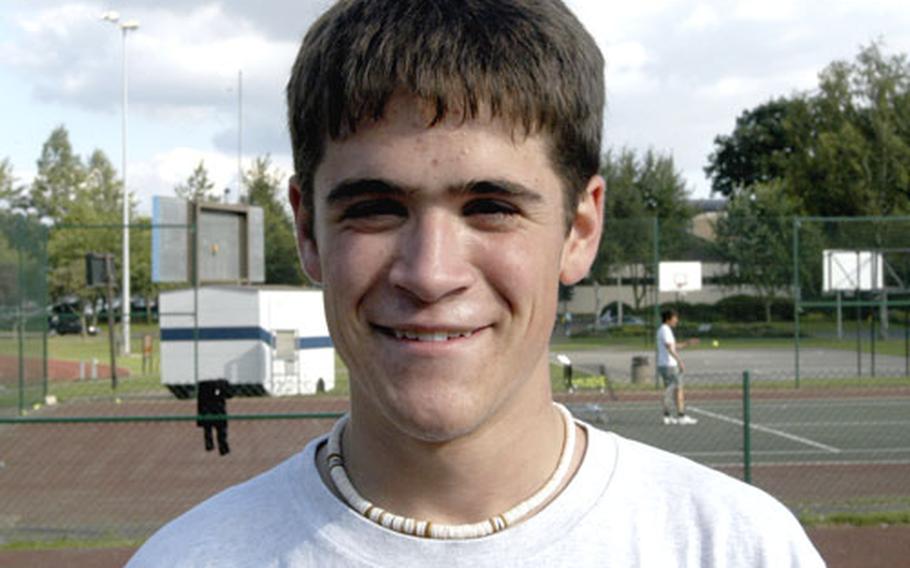 Senior Logan Snow is one of the seniors expected to lead the Lakenheath tennis team. (Bryan Mitchell / S&S)

Snow, Harris and Lamothe are three seniors competing on the Lakenheath High School tennis team, while Henage, Esmond and Pope will be driving, chipping and putting for championships as members of the school&#8217;s golf team.

Tennis coach Tom Brock is busy working with more than 40 players as the team prepares for its Saturday home opener tournament against London Central and Alconbury.

Across the 48th Fighter Wing installation on the Breckland Pines Golf Course, Otis McCloskey and Shannon Hastreiter are filling in for last year&#8217;s coach, Kent Daugherty, to lead a golf team full of potential but short on pre-tournament tune-up time.

Henage and Esmond, who each average in the low 80s over 18 holes, are the two leading senior girls on the 20-person, co-ed squad. Henage is already looking ahead to competing collegiately.

Esmond, meanwhile, simply can&#8217;t get enough of the game.

Kai Pope is a junior who shoots in the high 80s and has set his sights on a strong showing at the DODDS-European tournament.

The golfers have to be on their game when it counts as they only have two matches in the regular season &#8212; Sept. 21-22 at home and the following weekend in Kaiserslautern &#8212; to qualify for the championship tournament.

At Alconbury High School, tennis coach Teddie Bell and assistant Larry Miller are loaded with talent on a team that has captured three straight Division III European titles and could send six players to compete for championships this year.

The squad is led by senior Christian Felice on the boys side and sophomore Ellyn Edward on the girls.

Junior Lyndon Bacon and sophomore Byron Washington as well as sophomore Kaitlin Cloum and freshman Heather Brown round out the squad.

London Central, preparing for its final year, has revived its tennis team under coach Brent Church after sitting out last season.