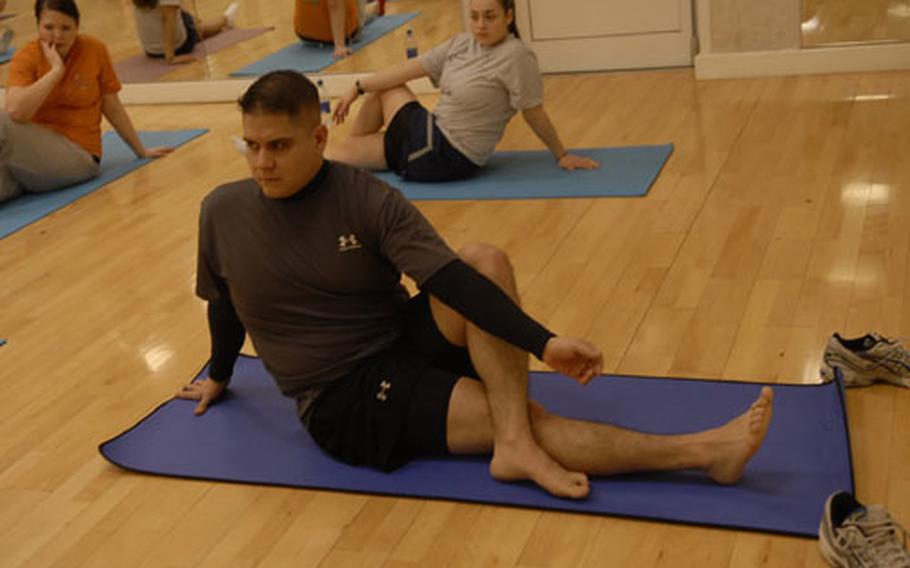 Senior Airman James Lopez stretches his back with a spinal twist during a yoga class at RAF Mildenhall. Lopez started taking yoga a few weeks ago. (Charlie Reed / S&S)

Senior Airman James Lopez stretches his back with a spinal twist during a yoga class at RAF Mildenhall. Lopez started taking yoga a few weeks ago. (Charlie Reed / S&S) 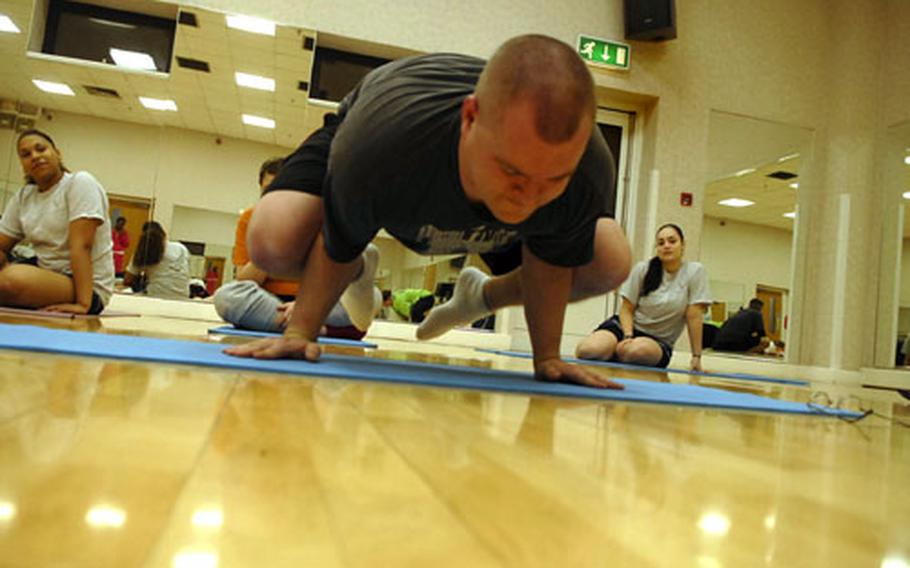 Tech. Sgt. Benjamin Barnhardt accomplishes a difficult yoga pose, known as "the crane," that requires both strength and balance during a recent class at RAF Mildenhall. He started taking yoga a few weeks ago and is one of the growing number of men now incorporating the intense stretching classes into their workouts. (Charlie Reed / S&S) 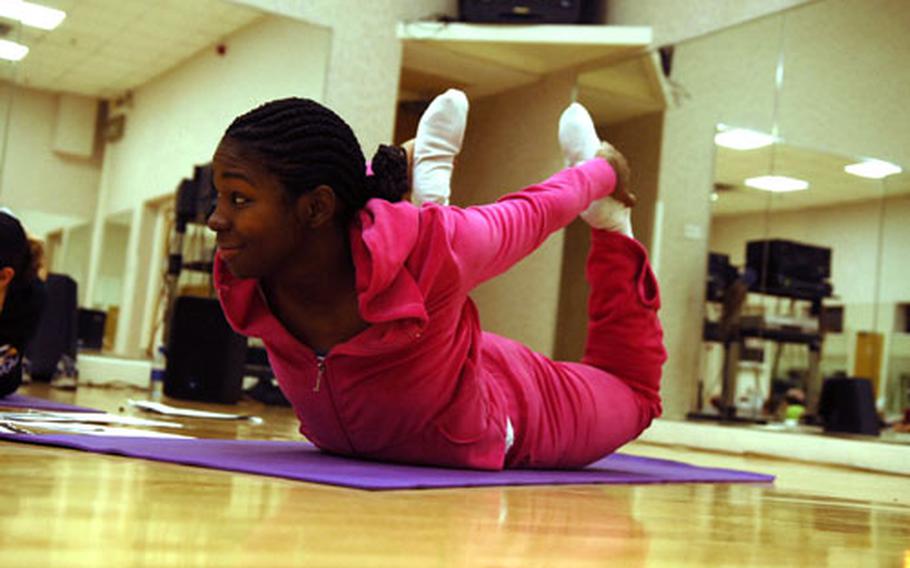 Sgt. Shiffonique Pereira, in the "bow" pose, teaches a yoga class at RAF Mildenhall. The posture is so named because the body mimics the shape of a bow with its string stretched back ready to shoot an arrow. (Charlie Reed / S&S) 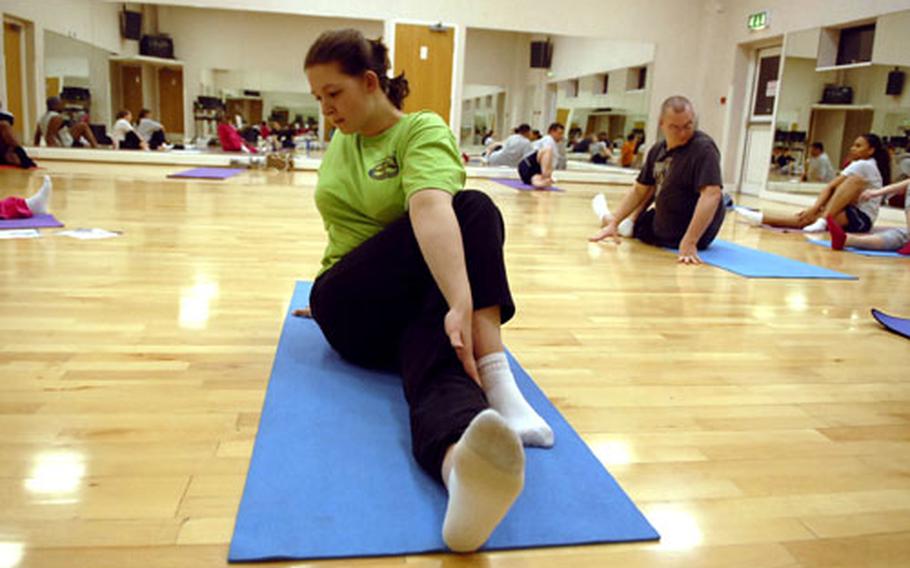 Staff Sgt. Amanda Prockhal stretches her back with a spinal twist during a yoga class. Yoga classes are offered throughout the week at Mildenhall and RAF Lakenheath. Classes are open to both beginners and those who practice yoga regularly. (Charlie Reed / S&S)

RAF MILDENHALL &#8212; Though yoga classes at the Northside gym are dominated by women, more men are embracing the intense yet calming stretching routines taught here.

The ancient healing art thought to help connect the mind and body has made its way from fad to mainstay at American gyms. And nearly 3.5 million men in the U.S. now practice yoga, according to Men&#8217;s Health magazine.

Staff Sgt. Desmond Hunter said the trend is like a game of follow the leader. Once one guy attends a class, others will start showing up.

Along with relieving stress, practitioners like Hunter say yoga also helps muscles recover faster, can give you a better night&#8217;s sleep, boosts energy levels and is the perfect supplement to any exercise plan.

For fitness buffs such as John Randolph, a civilian employee at Mildenhall who hits the gym every day before work, yoga has become a fixture in his workout routine.

&#8220;At first I thought I couldn&#8217;t take it,&#8221; said Randolph, who began taking yoga at Mildenhall in November. Men are generally less flexible than women, and Randolph found many of the poses to be very difficult during his first few sessions.

Whether you want to try yoga for the first time or have been practicing for years, most classes can accommodate everyone. That&#8217;s because poses can be modified to suit an individual&#8217;s specific limits or abilities.

Yoga instructors typically give directions on how to slightly adjust your body to either intensify a stretch or make accomplishing it easier.

&#8220;I normally start out slow and start with the modified version of a pose [for beginners] and then go on to the advanced,&#8221; said Sgt. Shiffonique Pereira, who has been teaching yoga at Mildenhall since October.

But again, sometimes men need to see other men doing yoga before they will even step foot onto the mat. At least that&#8217;s the only way Air Force wife Anita Jones-Dye said she could get her husband to yoga class.

Jones-Dye, who has lower back problems as the result of a car accident, became a yoga believer after just one recent class.