Sports: From the grounders up 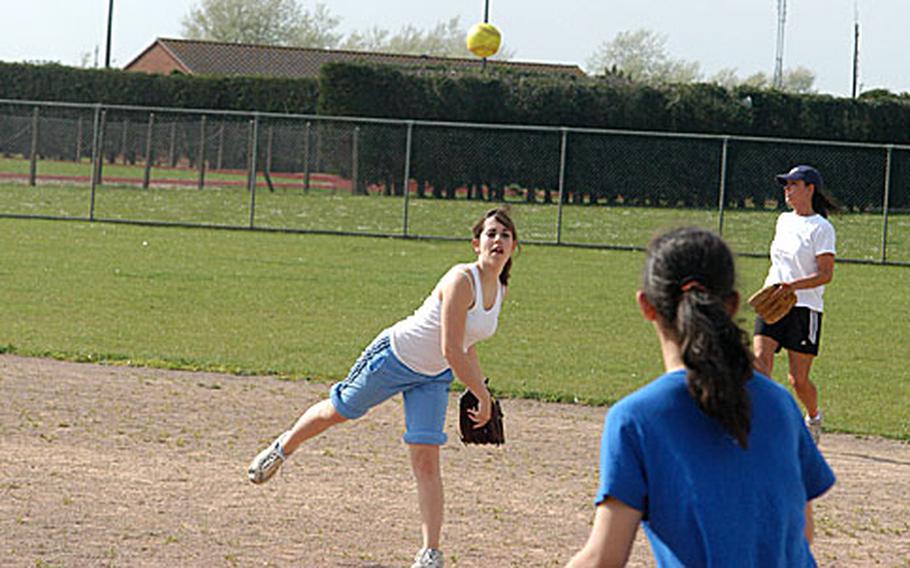 With a young team this year, members of the Alconbury Dragons softball team, like sophomore Megan Cash, are learning to gel with one another others are just learning the fundamentals of the game. (Geoff Ziezulewicz / S&S)

RAF ALCONBURY &#8212; Rebuilding is an inevitable part of the competitive cycle when it comes to sports.

Teams have good years. Teams have bad years. And teams have seasons where they&#8217;ve got nowhere to go but up, and a foundation is being built anew.

That&#8217;s where the Alconbury softball team finds itself this season. With only one returning senior, and an influx of eager if inexperienced underclassmen, the Dragons are building something new &#8212; one catch and one swing of the bat at a time.

Most of the 13-strong squad had never played softball before, said Yilynne Weber, an Air Force spouse who also coaches the team.

Only five girls on the team played before on a real team, Simler said. But so far, even with a doubleheader loss to London Central last weekend, the girls are 2-3. Not a bad mark for such a green group.

Just getting the team together was a problem, Simler said. The Dragons started out about a month ago with an insufficent number of players, and it took word of mouth among the students to assemble the crew they now have.

Freshman Natasha Matthews was one of the Dragons drafted for this season.

In fact, the girls have proven remarkably brave in the face of speeding softballs, said Tech Sgt. Sean Simler, Suzanne Simler&#8217;s husband and another Dragons coach.

The new dynamic has opened up leadership opportunities for players such as Marissa Cloum, an Alconbury senior.

It was apparent during a practice last week that the players are enjoying themselves, regardless of their record or experience.