Sports: Friends on the field 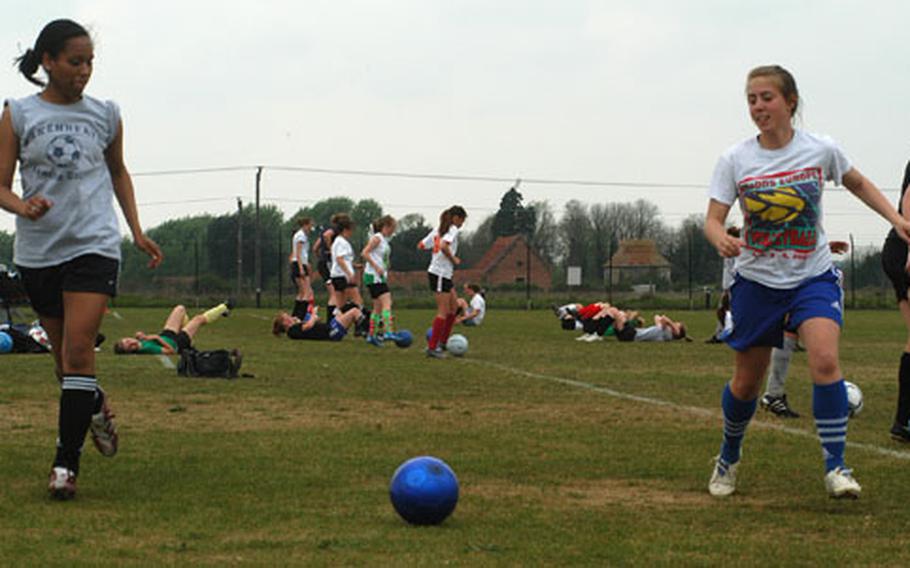 RAF LAKENHEATH &#8212; Desiree Colbert and Greta Gerstner have big plans for the future.

Colbert is on track to attend Texas A&M University to study biology with hopes of becoming a military flight surgeon, while Gerstner is set to pursue her soccer career at a community college in Mississippi and study graphic design.

But first, they&#8217;re working to lead the Lakenheath girls soccer team to the same type of success they enjoyed on the volleyball court last fall.

The two 18-year-old seniors were part of a Lady Lancer volleyball squad that excelled in the regular season on its way to a third-place finish at the European championship tournament.

Now they&#8217;re bringing their athletic prowess to the soccer pitch.

Gerstner is a shifty offensive threat who uses her quick feet and sense of timing to put the ball in the net. Colbert is an indefatigable defender who disrupts opposing offenses.

Their stint at Lakenheath marks the second time they have lived at the same location overseas. Both attended school in Yokota, Japan, while they were in middle school.

Now they&#8217;re together again, staring down the final weeks of their high school career.

Despite their 1-4 record, Gerstner said the Lady Lancers have shown tremendous improvement over last season&#8217;s squad.