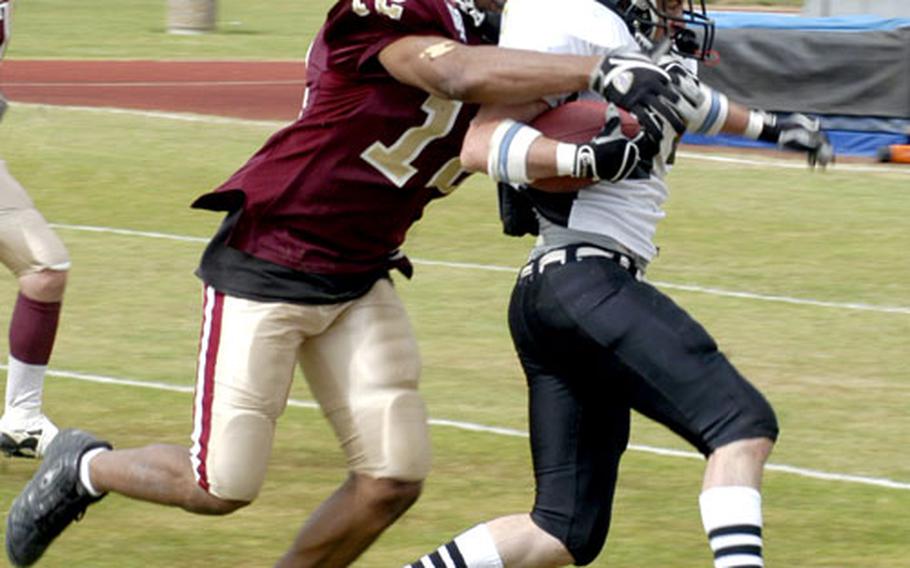 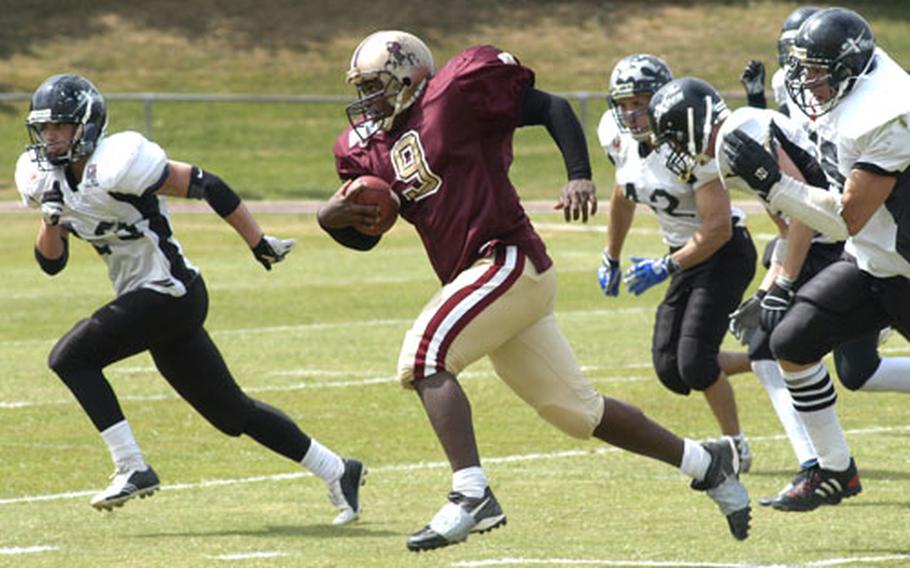 Senior Airman Jamaal Payne, an avionics technician for the 48th Aircraft Maintenance Squadron and a running back for the MCP Ipswich Cardinals, sprints toward the end zone on his way to a 29-yard touchdown run during a recent game against the Kent Exiles. (Sean Kimmons / S&S) 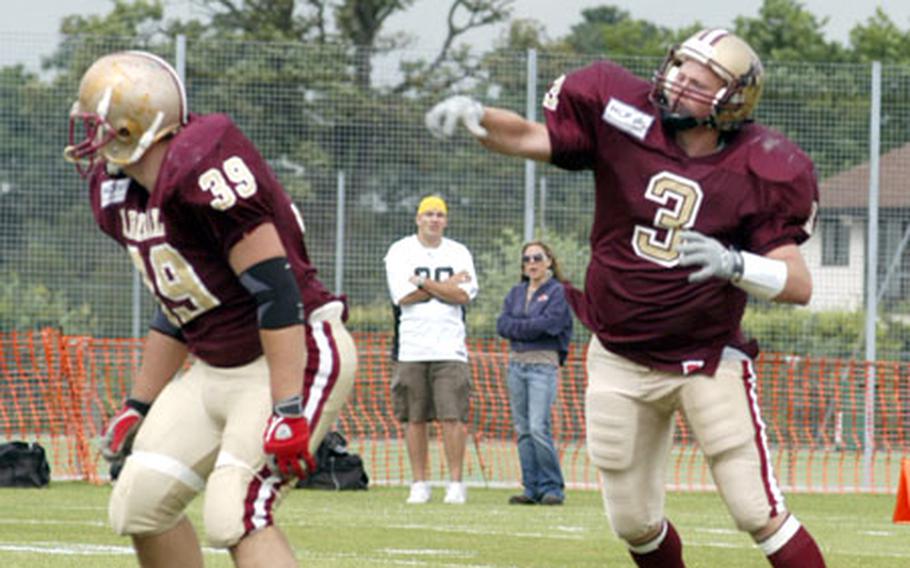 IPSWICH &#8212; Clutching a football in his right arm, Senior Airman Jamaal Payne cut past defenders and never looked back.

He was too quick for the backfield defenders as he sprinted 29 yards to the end zone and put his MCP Ipswich Cardinals team up 6-0 against the Kent Exiles at the Northgate International Stadium on July 9.

The run was Payne&#8217;s first touchdown this season for the Cardinals, which belongs to the 36-team British American Football League.

Payne, an avionics technician for the 48th Aircraft Maintenance Squadron, is one of 11 American servicemembers who play for the team, mainly made up of British players.

The armament specialist, who also works for the 48th Aircraft Maintenance Squadron, had one sack and four tackles in the 13-6 victory over Kent.

Playing American football while growing up in the States has fortified their experience and has given them the edge. Several of the team&#8217;s top performers are Americans.

In a land where soccer and rugby rule, some British players are still learning the game, a few of the Americans said. It is common for unnecessary penalties to be called during a game.

Staff Sgt. Brian Chaney, an air traffic controller for the 48th Operations Support Squadron, who is also a Cardinals&#8217; cornerback, said he sometimes finds himself teaching a few Brits the rules of the game during the actual game.

This is Chaney&#8217;s third season with the team. He admits that American football can be a big change to some Brits, who may be used to the tempo and physical contact normally found in rugby.

One British league rule that many American players disagree with is that only five Americans on a team can play at the same time during a game.

&#8220;Their justification is that they want the British to get involved with the sport,&#8221; Gaulden said, who added that a lot of the British are already tough competitors.

With the win over Kent, the Cardinals improved to 2-3 on the season. To help his team achieve a better record, Francis said he was still looking for coaches who know the game inside and out.

For British American Football League scores and standings, check out: www.bafl.org.uk. Anybody interested in becoming a MCP Ipswich coach can contact Ralph Alexander at 01473-410887.