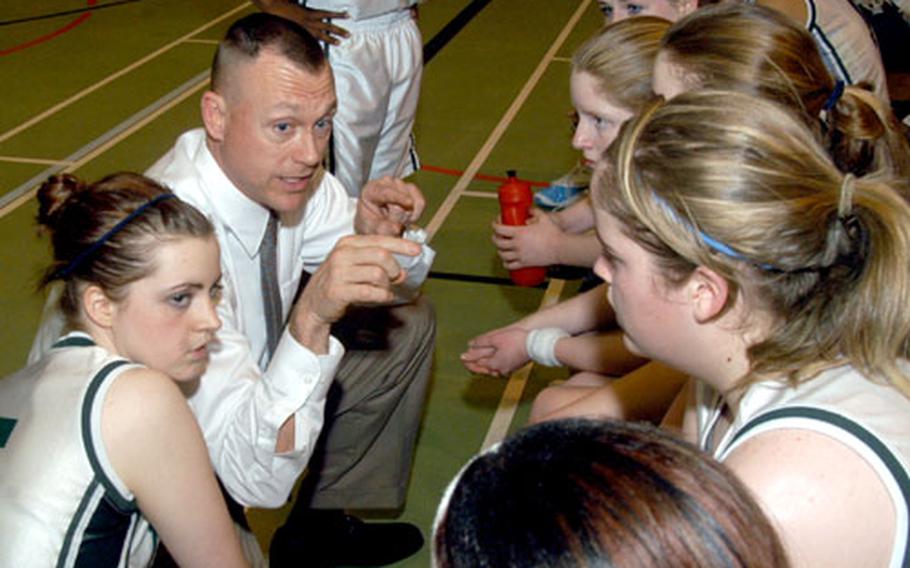 Alconbury coach Ron Davis goes over a game plan with his Lady Dragon players during a game against London Central. (Sean Kimmons / S&S)

Alconbury coach Ron Davis goes over a game plan with his Lady Dragon players during a game against London Central. (Sean Kimmons / S&S) 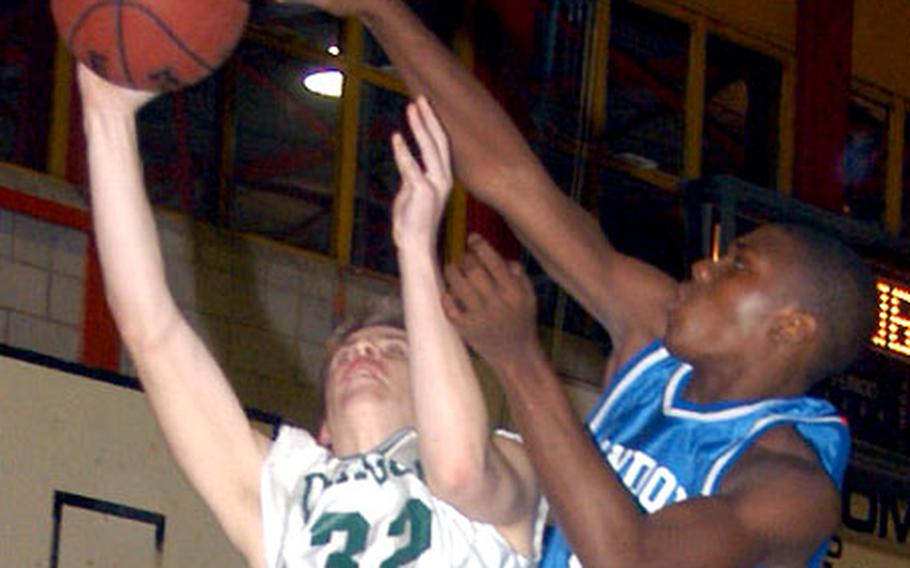 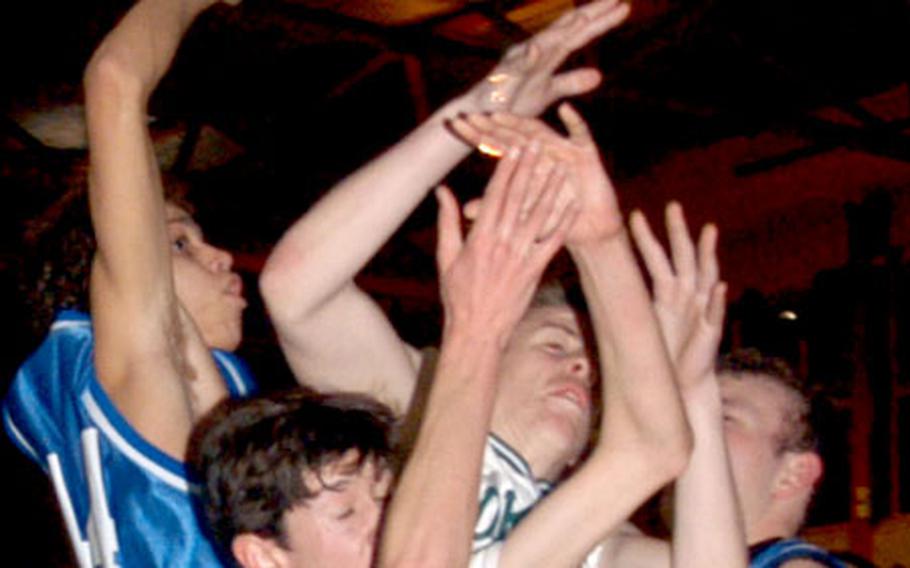 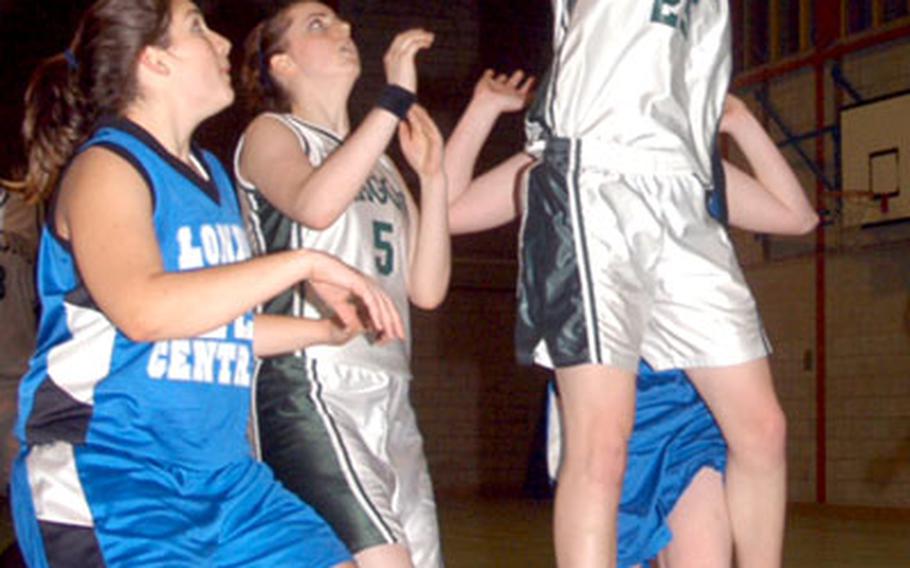 Alconbury sophomore Ashlee Lane goes up for two of her six points in the game. (Sean Kimmons / S&S) 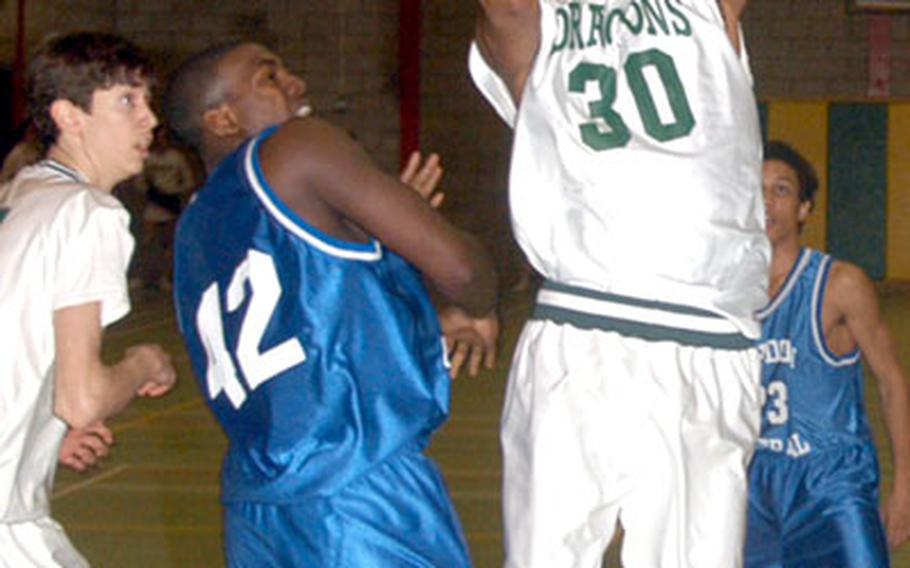 Alconbury Junior Xavier Ferguson takes it to the hole during a game against London Central. Ferguson scored 22 points and had 11 rebounds in his team&#39;s loss to London Central. (Sean Kimmons / S&S)

The Dragons made a last-ditch effort toward the end of the Friday game, only to lose to the Bobcats by two points.

Alconbury junior Nigel Kelly, who scored 19 points, helped orchestrate the comeback with key baskets in the closing minutes of the game. Junior Xavier Ferguson pitched in a double-double performance with 22 points and 11 rebounds for the Dragons.

The Dragons scored first in the game and kept it close until halftime, with a score of 24-27. The Bobcats began the second half with a 5-0 run, and, with 7 minutes left in the game, they stretched their lead to 43-32.

As the minutes ticked away, the Dragons cut the deficit. With 6&#189; seconds left and down by 2 points, the Dragons had the chance to tie but missed a close basket. The Bobcats won 57-55.

The Bobcats clinched Division 3 North with a perfect 5-0 record, while the Dragons fell to 3-2.

Turnovers proved to be the weakness for Alconbury&#8217;s Lady Dragons, which put them down 11 points to the Lady Bobcats at halftime. At the start of the second half, both teams played sloppy by converting 11 consecutive turnovers.

Alconbury sophomore Ashlee Lane broke the streak of turnovers with a fast break layup. Lane finished with six points. Despite an 18-point performance by senior Oni Pegues, the Lady Dragons could not keep up and eventually fell to the Lady Bobcats, 42-33.

The Lady Dragons fell to 1-4 as the Lady Bobcats improved to 3-2 in the Division 3 North.

The match-ups were the first installment of a doubleheader. On Saturday, the London Central boys and girls teams won the other two games on their home turf.

This week, the Alconbury and London Central teams compete in the European Basketball Championships, which conclude this Saturday in Mannheim, Germany.