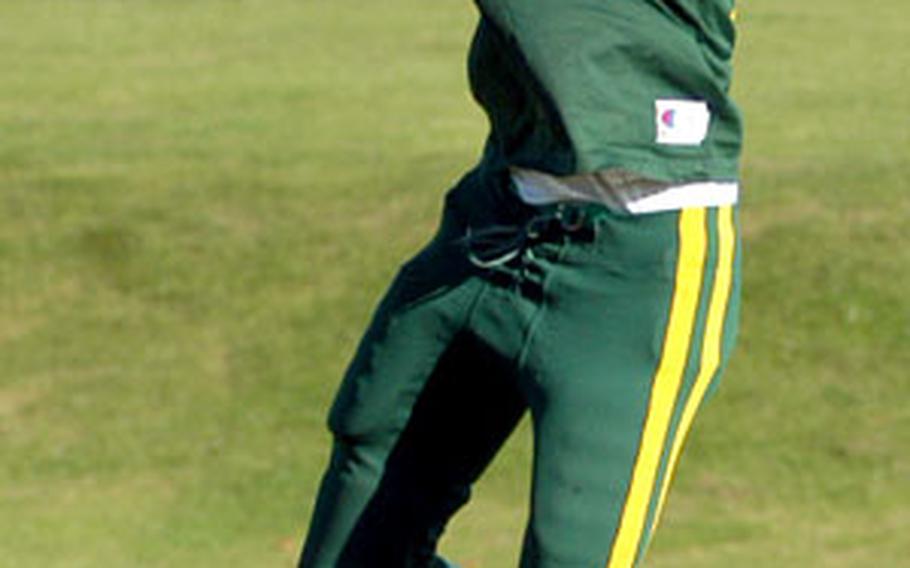 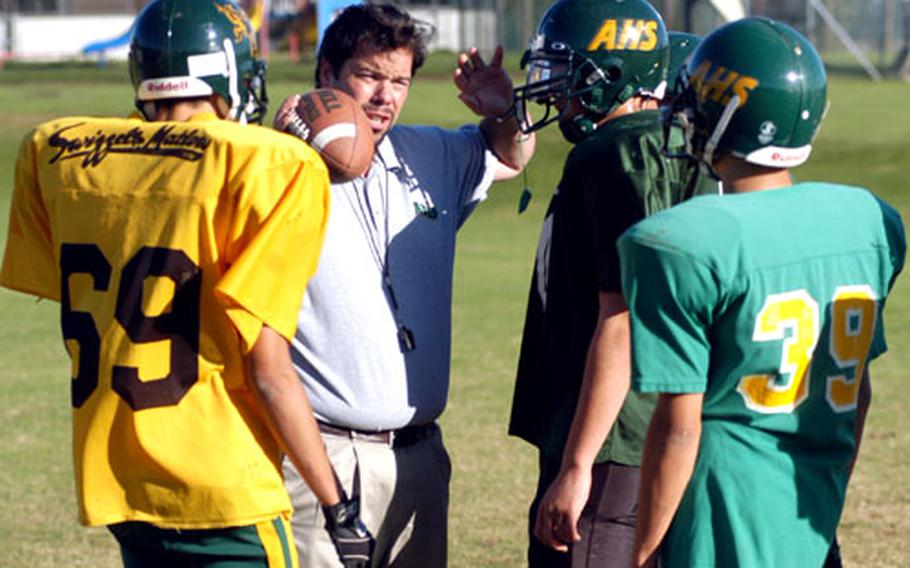 But junior linebacker Yul McGrath prefers the conventional 11-man format, where runs up the middle translate into direct contact.

Brown and McGrath are part of what is partially a throwback to the early days of American high school football in Europe and partly the result of the continued downsizing of the U.S. military overseas.

A handful of the smallest Department of Defense Dependents Schools-Europe football programs have formed a league of nine-man teams that compete in Division IV. Hanau, Germany; Brussels, Belgium; and Alconbury and Menwith Hill in the U.K. have each adopted the scaled-down gridiron format.

Nine-, eight-, and seven-man football squads square off under the Friday-night lights at small high schools in the United States. The smaller teams are also popular in Canada.

Alconbury head coach Duke Eidt said some of the first football programs at U.S. military high schools in Europe during the 1940s and &#8217;50s played nine-man football. Its return was prompted by diminishing populations at schools and students&#8217; welfare.

Eidt was a former coach at the now-defunct London Central High School, which also suited up a relatively small football squad.

Alconbury (0-4) has struggled this season, but looks to rebound against its in-country nine-man rival, Menwith Hill, which is 1-3 after its 47-29 victory over Brussels on Saturday.