‘Spirits of the Past’ preside over Kisling NCO graduation 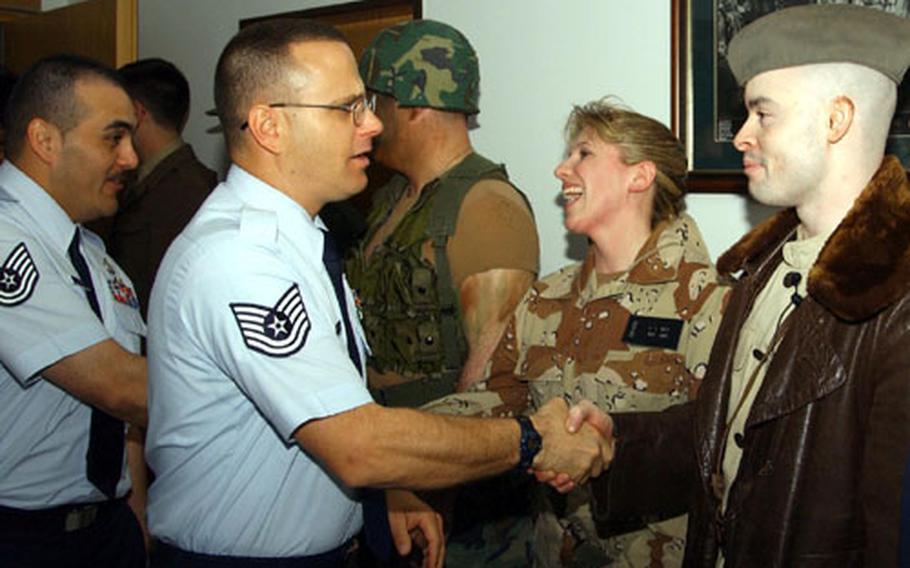 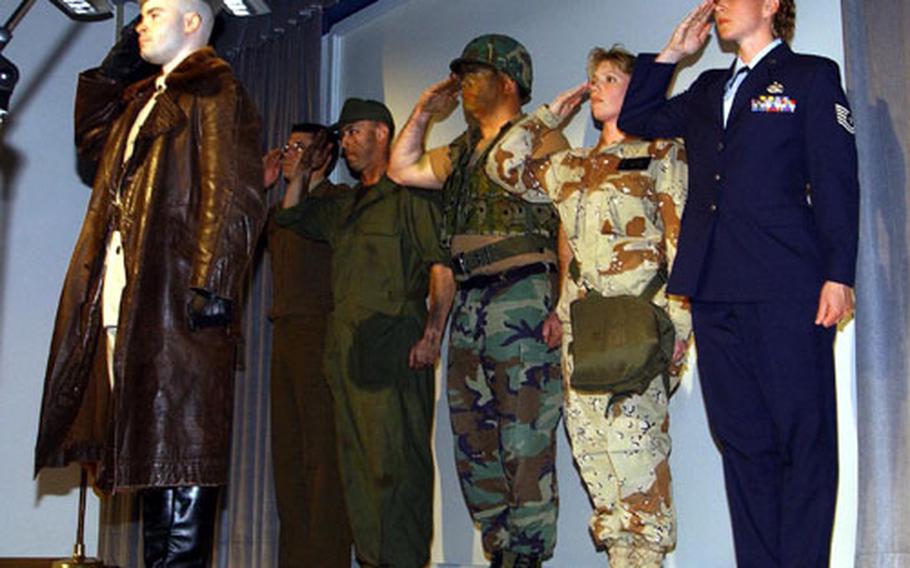 Five instructors at Kisling Non-Commissioned Officer Academy give a final salute to the spirits of the past, Thursday at the school&#39;s auditorium on Kapaun Air Station. The "Spirits of the Past" performance remembers those that have given their lives in America&#39;s wars and is presented to each graduating class at the academy. Both world wars, Korea, Vietnam, Desert Storm and the modern day war on terror were represented. Plans are in the works to add a seventh character for the current war in Iraq. (Lisa Horn / S&S)

KAPAUN AIR STATION, Germany &#8212; More than 80 decades of history came together on one stage Thursday at the Kisling Non-Commissioned Officer Academy.

Thursday morning&#8217;s performance of &#8220;Spirits of the Past&#8221; began the day&#8217;s graduation activities and has become a tradition at Kisling graduations since the staff first scripted the play in 1994.

The six actors, each representing a servicemember from World War I to the modern-day war on terror, are Kisling NCO Academy instructors. The audience was this cycle&#8217;s graduating class and U.S. Air Forces in Europe top-ranking NCOs.

The academy graduates seven classes a year or about 1,000 students, according to Chief Master Sgt. Cathy Barker, commandant of the Kisling NCO Academy.

Instructors chose a role that struck them emotionally, Morris said. The attachment of actor to character was obvious, bringing tears to the eyes of some audience members.

&#8220;My dad was in the Marine Corps and I grew up during the Vietnam War, so I remember watching it on TV,&#8221; said Segler, who in real life had a best friend named John and a cousin who served in the current Iraq war.

&#8220;Spirits of the Past&#8221; is presented to every graduating class at the academy and has also been presented at dining ins, dining outs and award ceremonies.