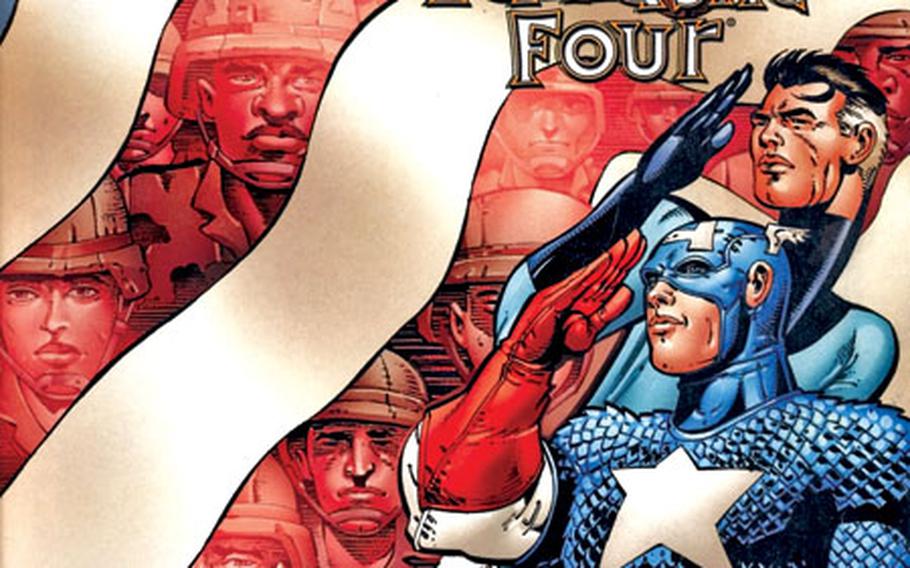 One million copies of the comic book will be distributed, with the first 150,000 going to troops in the Middle East. ()

One million copies of the comic book will be distributed, with the first 150,000 going to troops in the Middle East. () 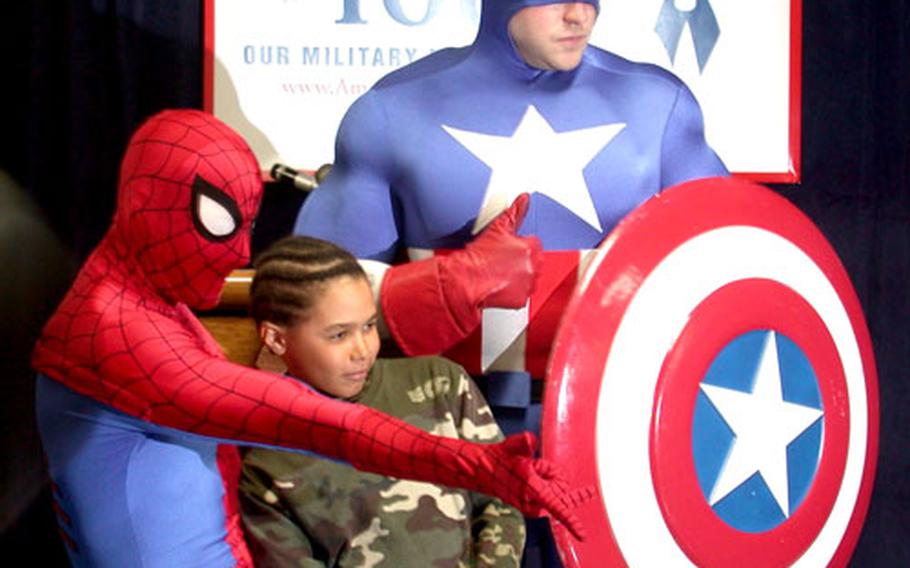 Spider-Man and Captain America helped the Pentagon and Marvel Comics unveil a new comic book that will be distributed free to troops around the world. (Jon R. Anderson / S&S)

Marvel Comics unveiled a custom comic book Thursday at the Pentagon that will be distributed free in May to U.S. forces in Iraq and around the world.

Featuring the New Avengers and the Fantastic Four, the comic will have a mammoth print run of 1 million copies. The first 150,000 will go to soldiers in the Middle East.

Both DC Comics and Marvel have published special issues before on topics such as drug abuse, land mines and the heroes of 9/11.

This latest effort dwarfs those, and is in partnership with &#8220;America Supports You,&#8221; a Defense Department campaign that encourages private citizens, communities and businesses to reach out to troops and their families.

The comics will be available free at military exchanges.

The book is a normal-sized edition of The New Avengers, written by Brian Michael Bendis and drawn by Dan Jurgens and Sandu Florea.

Marvel heroes encounter an alien army after an American soldier finds a spacecraft in the Louisiana bayou. This is the only appearance of the military; the advertisements are tailored for servicemembers.

Oddly, Reed Richards, before he transforms into Mr. Fantastic, wears an AAFES logo on his overcoat.

Getting issues to the field every month is &#8220;logistically tough,&#8221; Marvel&#8217;s Bob Sabuni told USA Today, citing high demand from soldiers as an impetus for the effort.

But the use of the military&#8217;s exchange service will ensure that a book goes to every soldier who wants one, even in &#8220;forward-deployed locations.&#8221;