Speed cameras are out in force in Germany 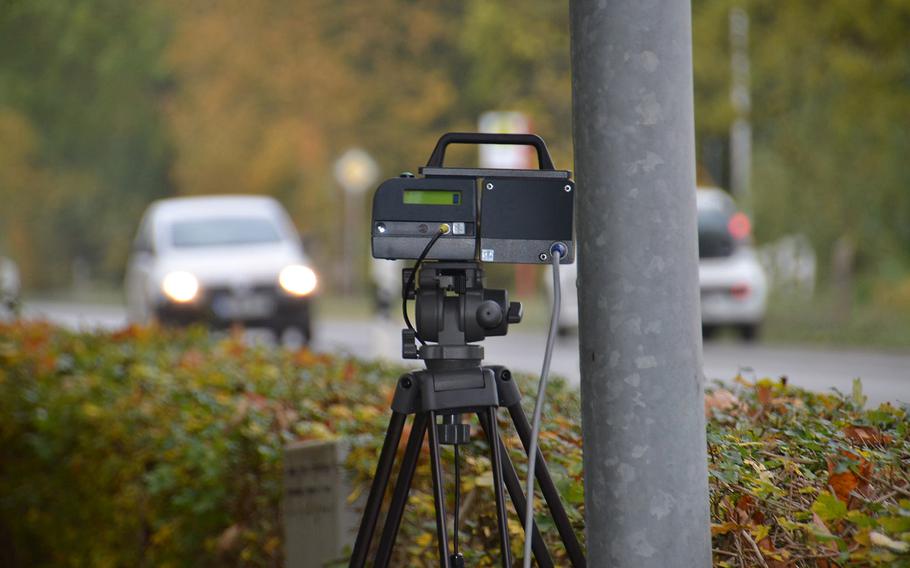 An automatic speed camera enforces the speed limit on a German roadside. Drivers taking to Europe's roads from Wednesday through early Thursday morning might want to ease up on the gas pedal. The annual 24-hour "European Speeding Marathon'' ends at 6 a.m. Thursday. (Photo courtesy Polizeiinspektion)

KAISERSLAUTERN, Germany — Drivers taking to Europe’s roads from Wednesday through early Thursday morning might want to ease up on the gas pedal.

Despite the name, the speeding marathon isn’t a fast car fest, but part of a police campaign across 22 countries in Europe to get motorists to slow down. If they don’t, chances are they’ll be flashed by thousands of additional radar cameras adorning the roads, including those in eight German federal states.

Traffic officials say the event is to promote safety and awareness. More than one-third of all fatal traffic accidents in Germany are attributed to speeding.

In some states, the cameras aren’t intended to take motorists by surprise, either.

Bavaria is providing locations of its 1,900 cameras, listing them in a local online news report: http://www.br.de/nachrichten/blitzer-marathon-2017-kontrollen-100.html

Speed trap locations in Wiesbaden can be found online at: http://hessenschau.de/panorama/hier-werden-sie-beim-speedmarathon-geblitzt,speedmarathon-blitzerstellen-102.html

Wolfgang Denzer, a spokesman with Kaiserslautern police, said Wednesday that the Westpfalz police department, which has responsibility for the Kaiserslautern area, would not participate in the speed marathon. But the department would continue to maintain regular speeding checks in the area, he said.

A camera set up Tuesday afternoon on L369 — a route used by many Americans on the way to the east gate of Ramstein Air Base — flashed 171 cars, Denzer said. Two drivers had to turn in their driver’s licenses. The fastest car was going about 30 miles over the speed limit, clocking 102 kilometers (63 miles per hour), in the 50 kph zone (about 31 mph).