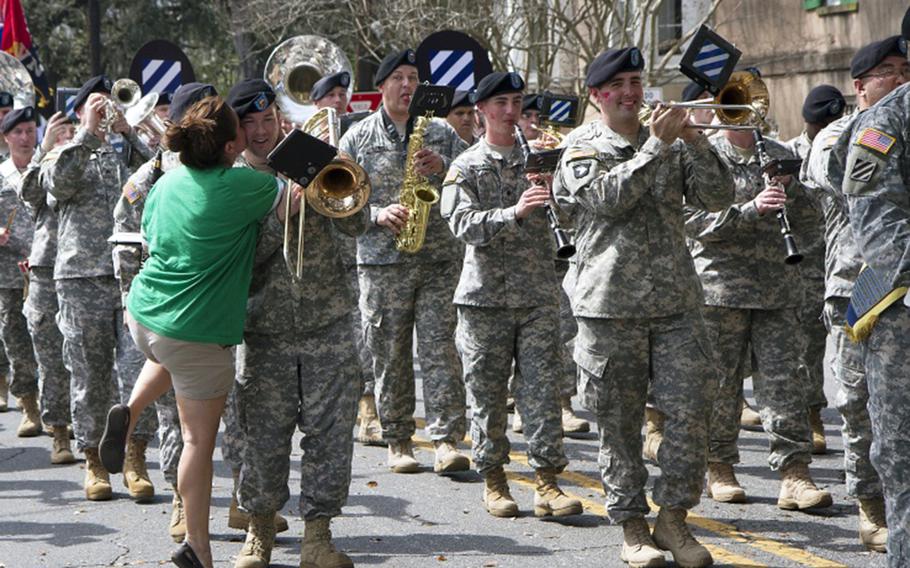 A member of the 3rd Infantry Division Band gets kissed by a spectator during a previous parade. (William Begley/U.S. Army)

A member of the 3rd Infantry Division Band gets kissed by a spectator during a previous parade. (William Begley/U.S. Army) 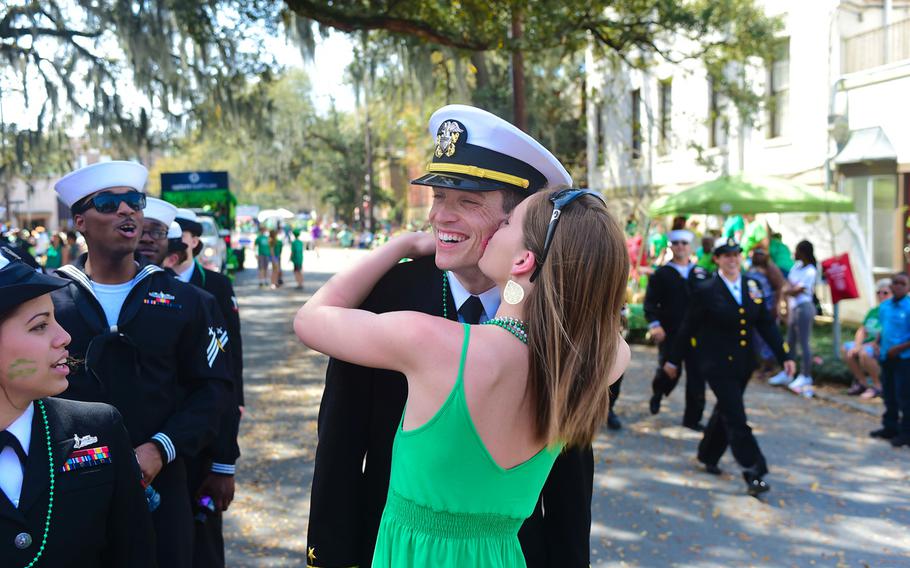 A member of the parade audience kisses Lt. Chris Peters during the city's annual St. Patrick's Day parade on March 15, 2017. Peters and other USS McFaul (DDG 74) sailors participated in the parade as part of the ship's visit to the city. (Justin D. Rankin/U.S. Navy) 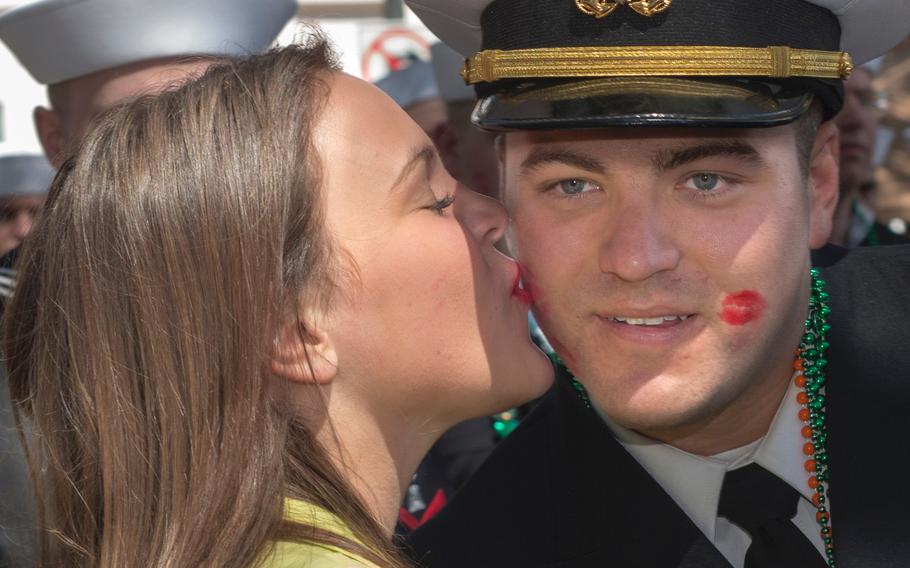 Ensign Jonathan Wheeler, assigned to the gold crew of the ballistic missile submarine USS Alaska (SSBN 732), receives a kiss during the Savannah St. Patrick's Day Parade on March 16, 2013. Ladies from the crowd traditionally run over to kiss uniformed men marching in the parade (James Kimber/U.S. Navy) 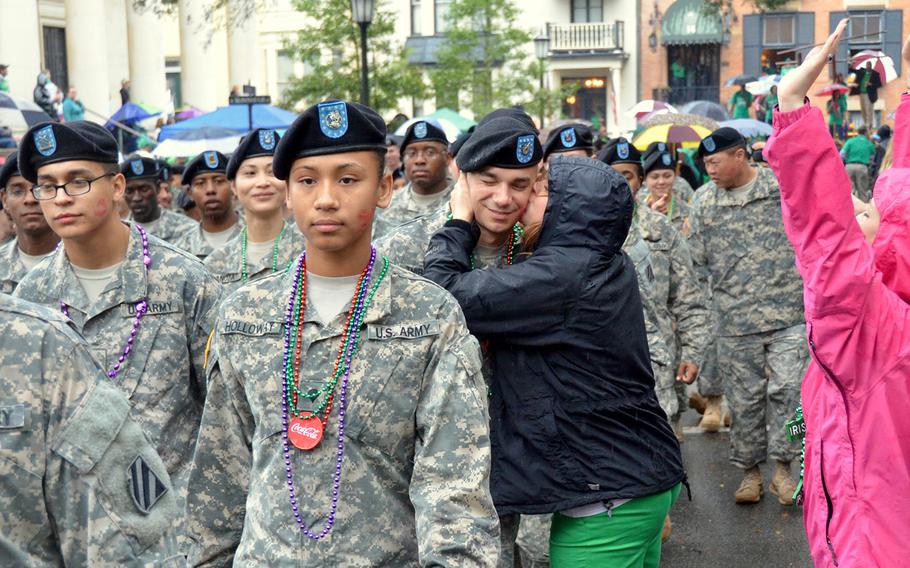 Spectators slathering on red lipstick and smooching 3rd Infantry Division soldiers on the cheek is a time-honored tradition at the St. Patrick's Day Parade in Savannah, Ga. By the end of the parade, many a face is covered with lip prints. Now parade organizers and the military want to put a stop to it.

A parade organizer told television station WTOC that the kissing is a security issue.

"Really the worldwide situation, terrorism, you just don't want people running out to active military. It's a fun thing, but it puts them on edge and it could be a danger,” said Brian Counihan Sr., parade committee grand chairman, in an interview on the station.

An Army spokesman told WTOC that those watching the parade should respect the professionalism of the soldiers marching.

Spectators don't have to retire that lipstick altogether. They can still kiss the cadets from the Benedictine Military School, Counihan said.

The 2018 parade will be held on March 17 and feature about 280 participating groups. The event's history stretches back to the 1800s. The first public parade was in 1824, although there were a couple of private celebrations before that, according to the parade's website. Today the parade is the second-largest in the nation, according to the Atlanta Journal-Constitution.

How did this kissing business begin?

"The kissing ritual started in the early 1900s, when Benedictine cadets marching in the parade were showered with smooches from St. Vincent girls," according to the Savannah Morning News.