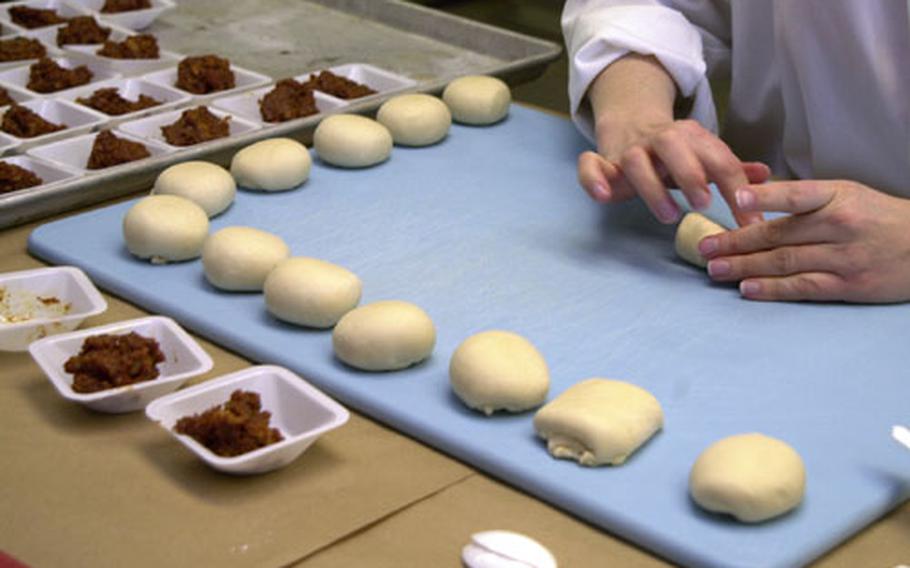 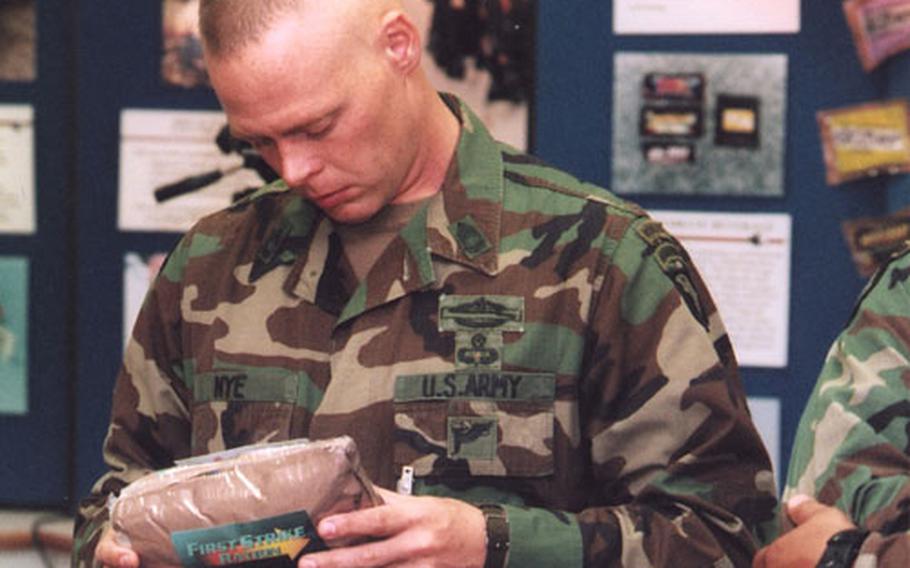 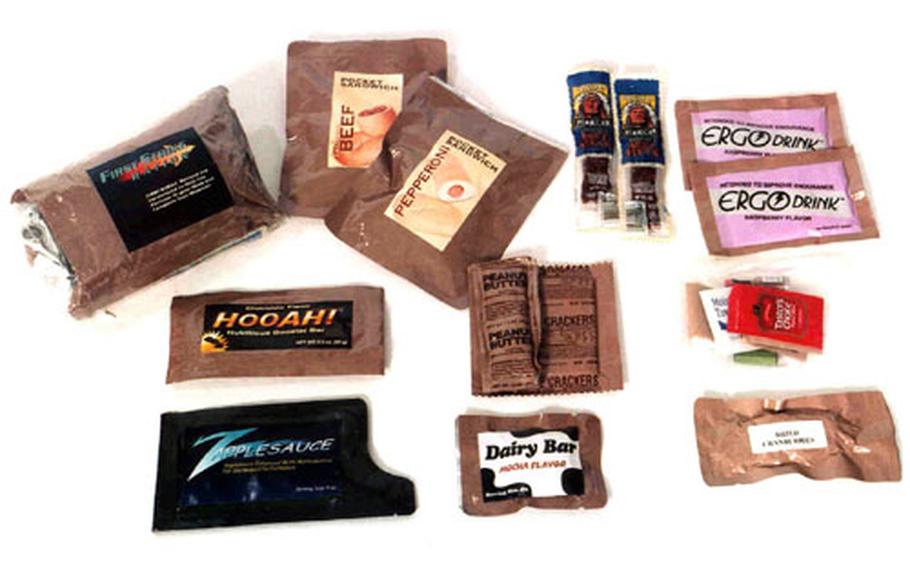 The components photo shows the mix of items in the new ration. (Courtesy of US Army Soldier Systems Center)

The practice saves weight, the Holy Grail for field troops. But along with rejected entrees, servicemembers are tossing critical nutrients that give them strength to fight.

Recognizing the dilemma, defense food experts have come up with new combat ration that provides the best of both worlds: &#8220;First Strike,&#8221; a package of food that weighs half as much as an MRE, but includes enough nutritionally enhanced, tasty fare to sustain a servicemember through 72 hours of high-intensity combat.

And perhaps the best news of all is that the new ration includes only those foods which troops say they like the best, according to Janice Rosado, a physical scientist in the Department of Defense Combat Feeding Directorate at the U.S. Army Soldier Systems Center in Natick, Mass.

Even though the new ration isn&#8217;t due to hit the field until 2007, it is already a huge hit with the special operations community, which was group chosen to begin field-testing the prototype meal last September.

Now special operations commanders in Iraq and Afghanistan are calling and e-mailing the directorate with a single request.

What makes the new rations so popular with testers?

Flavors include barbecue chicken, barbecue and a new bacon-cheddar &#8220;that&#8217;s more like something you would eat for breakfast,&#8221; Rosado said. (The same sandwiches are also scheduled to make their way into regular MREs in the next two years).

The Hooah bars (each ration has two) provide carbohydrates and vitamins, while the single dairy bar adds protein and calcium to the ration.

First Strike rations also include cheese spread, in one of three flavors: plain and jalapeno, which troops now savor in MREs, and brand-new bacon-cheddar.

Cheese spread is something of a fetish among deployed servicemembers, who have been known to come to blows in the field over who will get one of the prized MRE meals that include it.

Other First Strike items include a sports drink powder called ERGO, for &#8220;Energy Rich, Glucose Optimized;&#8221; &#8220;Zapplesauce,&#8221; which is applesauce fortified with energy producing maltodextrin; two beef jerky strips, crackers or bread, dried fruit, mixed nuts, and an accessories packet with a zip-lock baggie and not one, but two wet wipes &#8212; another soldier request.

Researchers are considering adding additional performance foods to the First Strike package, including caffeinated chewing gum (which will be field tested this fall); packets of sports energy gels like the kind now used by long-distance runners; or protein drinks or bars.

Feeding directorate officials decided to unveil the new ration first to the special operations community, whose personnel are constantly in the field.

The first servicemembers to field test the new ration was Army Special Forces, some of whom who took First Strike to Afghanistan in September 2002.

In April, Navy SEALs took First Strike test meals on a &#8220;black operation,&#8221; or classified mission to an unspecified part of the world.

In fact, the special operators are so entranced with the rations that the U.S. Army Special Operations Support Command has asked for a regular supply for Rangers deployed in support of Operation Iraqi Freedom.

But full production is four years down the road, and there&#8217;s no way the feeding directorate can produce the rations in such large quantities without help from outside manufacturers, Rosado said.

Rosado said she did not know if the ration&#8217;s instant popularity might prompt defense officials to speed up DOD&#8217;s time-consuming product development and procurement process.