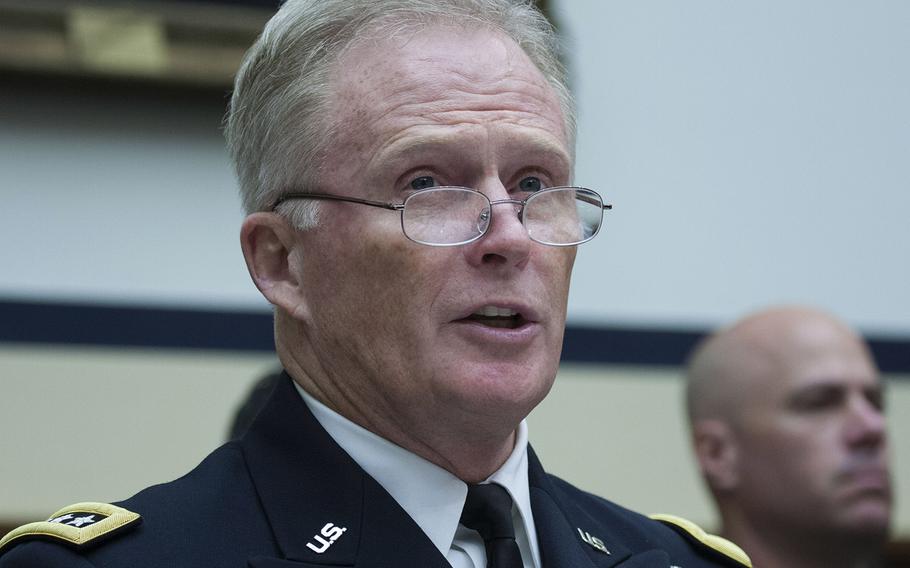 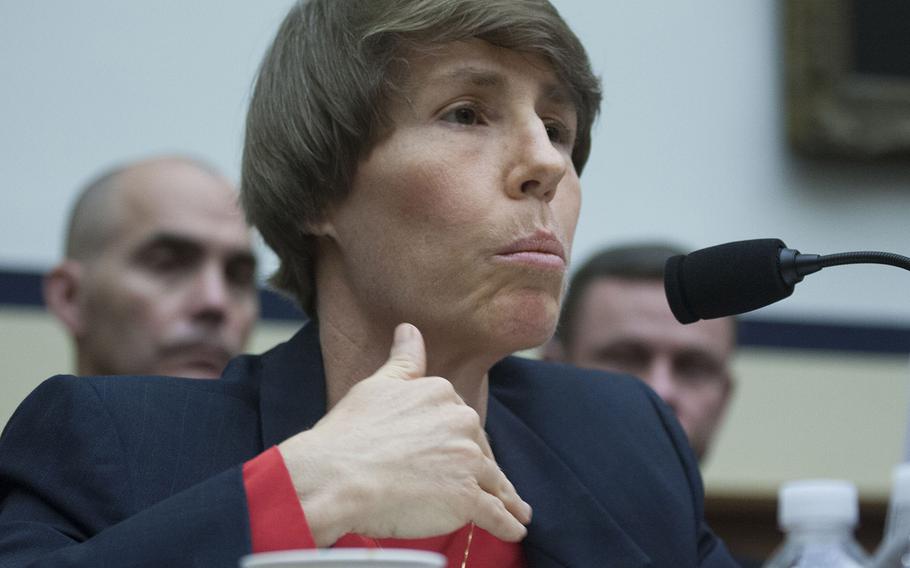 WASHINGTON — At the front of nearly every fight the U.S. is engaged in around the world, special operations forces are deploying at a rate that is “unsustainable,” their top commander said Thursday.

In testimony before the Senate committee, Thomas said 8,000 special operators are deployed in more than 80 countries and his command is working hard to win the current fights — ranging from defeating terrorists including Islamic State to countering Russian aggression, while preparing for contingencies in Korea and conducting operations to defend the U.S. homeland. The command also tries to care for its servicemembers and their families, who are feeling the strain of 15 years of continuous combat.

But when McCain pressed Thomas on the tempo of deployments, the general hedged.

“It varies across our force,” he said, noting some forces are at home one month for every month that they deploy while some of them have up to three months home for every month overseas.

Only after McCain cut the general off to emphasize the strain of that pace, did Thomas reply: “It is unsustainable, to your point.”

Picking up on the theme, Sen. James Inhofe, R-Okla., was skeptical when Thomas stated his force was able to maintain its current spread.

“It is a strain,” Thomas said. “It is certainly not an easy burden, but we are adequately resourced.”

Citing that testimony, Inhofe said Thomas’ assertion that his force was adequately staffed seemed “inconsistent.” Thomas testified Tuesday that Special Operations Command was working to battle the rate of suicides in its ranks, though he did not release any figures. Inhofe said that pointed to a force that was “overdeployed.”

McCain also pressed Thomas on Afghanistan, asking whether he agreed with the assessment of Army Gen. John Nicholson, the top U.S. commander in Afghanistan, who testified earlier this year that he believed the fight in Afghanistan is at a stalemate. When Thomas said simply that he was supporting the commander and the defense secretary in those discussions, the senator scolded the general that when testifying before the committee, he must give his opinion when asked.

Thomas said what was needed was a commitment to “some enduring state” in Afghanistan, which he said would be defined in the new strategy now being planned. That strategy, he said, is looking at adding troops to the fight and also changing the rules of engagement, which protect civilians caught in the conflict, but also limit the abilities of the troops.

Whalen said they expected to send the new strategy to the White House next week.

McCain also seized the opportunity to decry defense spending limits that Congress has imposed during what he called “the most complex and daunting set of national security challenges this nation has faced since World War II.”

Unable to come to terms over a balanced budget, lawmakers in recent years have used temporary stopgap measures to avoid government shutdowns. But the temporary spending bills, coupled with the budget caps created under 2011 legislation to try to force Congress to balance the debt, have left military chiefs warning that they are compromising future readiness just to remain operational.

Calling on Congress to repeal the “misguided and disastrous spending caps and forthcoming budget cuts,” McCain led Thomas to acknowledge the ripple of uncertainty and impact on morale this created through his forces.

“How can you plan in this budgetary environment when you lurch from crisis to crisis?” McCain asked Thomas. Then, holding up a map of where special operations forces are deployed, he added: “We owe your people some predictability.”

On Tuesday, Whalen told congressmen that Special Operations Command has been operating during the past decade at such a high operational tempo, with budgets going down, that future readiness is suffering.

“We have, essentially, had to eat our young, so to speak,” she said. “We’ve had to mortgage the future in order to facilitate current operations.”