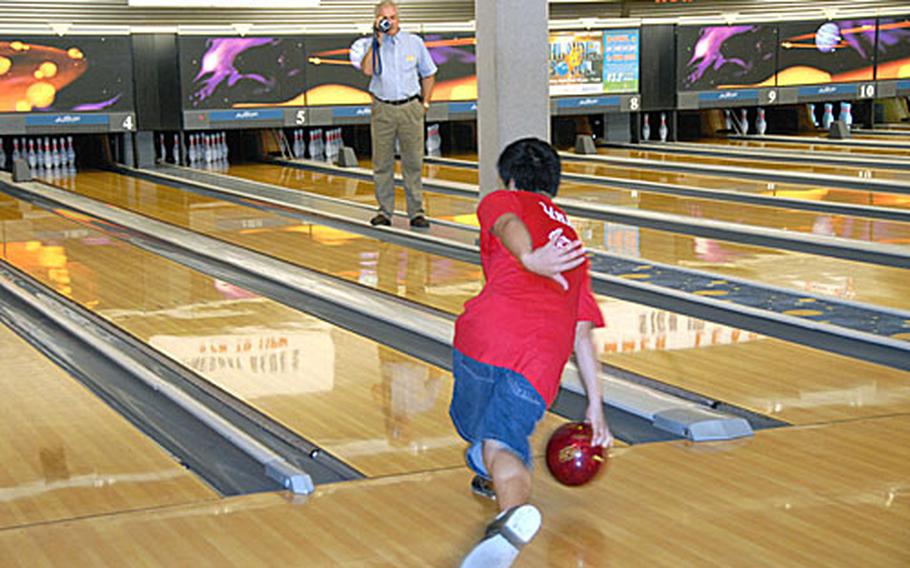 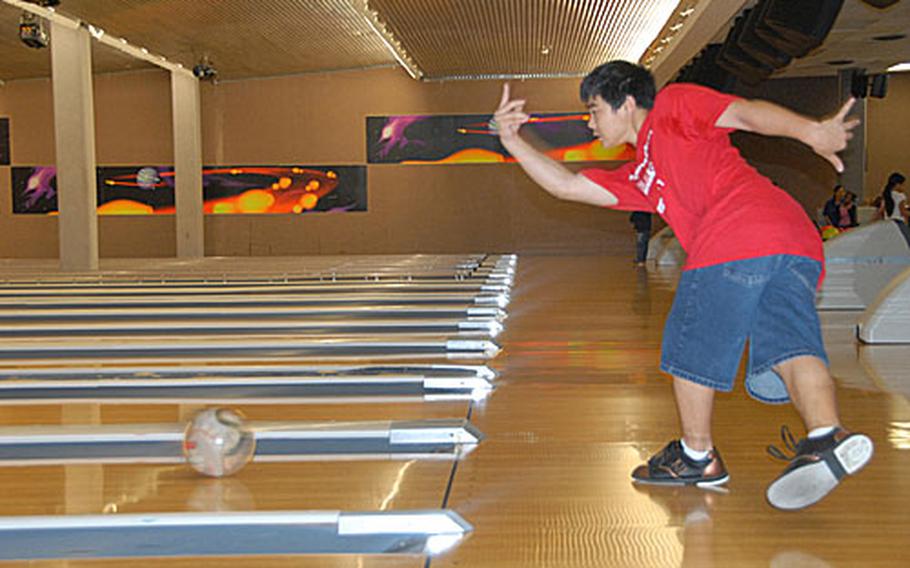 LaMarr is starting to get serious about his practicing as he prepares for the International Special Olympics in the fall. (Megan McCloskey / S&S) LaMarr listens to his bowling coach, Ken Miller, talk strategy on how to get a spare. (Megan McCloskey / S&S)

KADENA AIR BASE, Okinawa &#8212; The 18-year-old has the skill to toss the bowling ball through his legs and still manage to knock down the lone pin for a spare.

&#8220;Make the ball work for you," bowling coach Ken Miller instructed him last week as he counted off the steps La Marr should take before letting the ball rip.

Trying to heed the advice, La Marr&#8217;s tempo was about half speed and he left most of the pins standing. The special-needs athlete turned around trying to not reveal his slight exasperation with the new habits he was being taught.

La Marr is studying with Miller to take his already great bowling game up a notch as he prepares for the 2007 Special Olympics World Summer Games.

He is the first American ever to represent Japan in the international event.

At Japan&#8217;s national games this winter, he bowled the best out of 300 competitors &#8212; again as the first American to take part &#8212; earning the chance to join 7,000 other special-needs athletes from 169 countries at the games in Shanghai, China, this October.

La Marr is the only athlete from Okinawa to go to the world games.

His mom, Diane La Marr, doesn&#8217;t think he quite gets the significance of it all.

But at Emery Lanes with Miller he listened intently about the finer points of the game, and despite knowing that his old habits will get him plenty of points, he did his best to implement the new techniques.

Among the many details La Marr learned: all the pins have numbers, and he should hold his wrist a different way when trying to pick up a spare than when going for a strike.

La Marr, who recently became certified as a coach for beginning bowlers, admitted he was &#8220;scared, kind of&#8221; about the upcoming games.

Later this month La Marr goes to mainland Japan for an Olympics training camp in Osaka and then again in August.

His family will go to China to cheer him on, but no family contact is allowed.