Special Olympics at Kadena Air Base is a heartwarming success 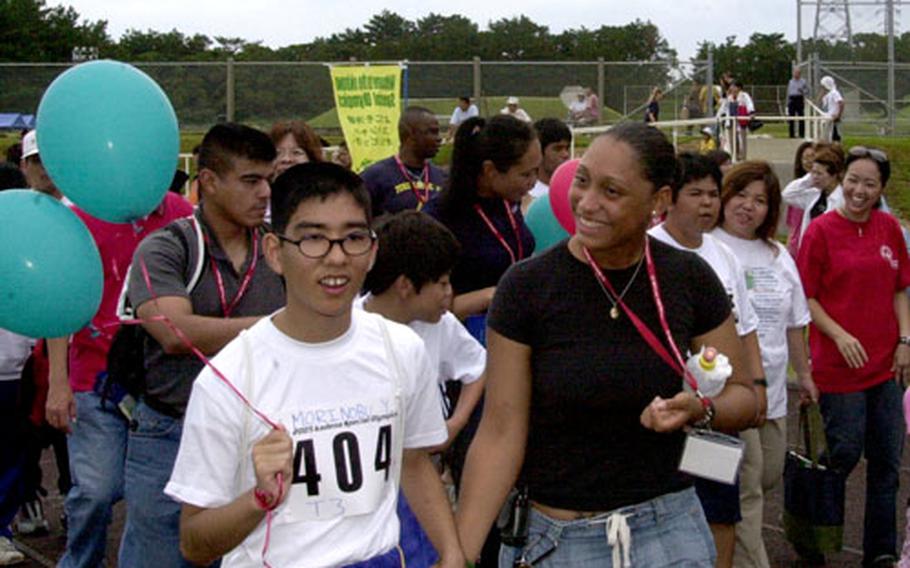 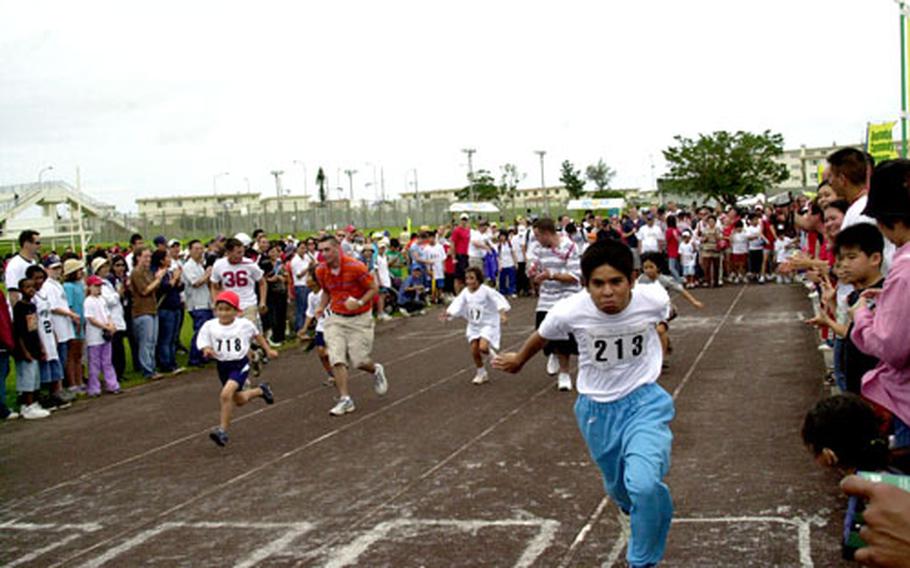 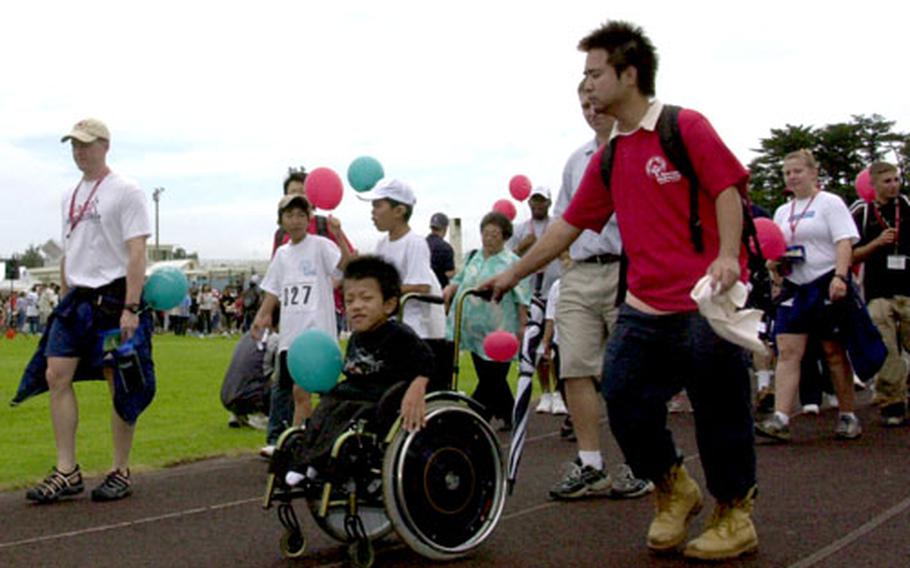 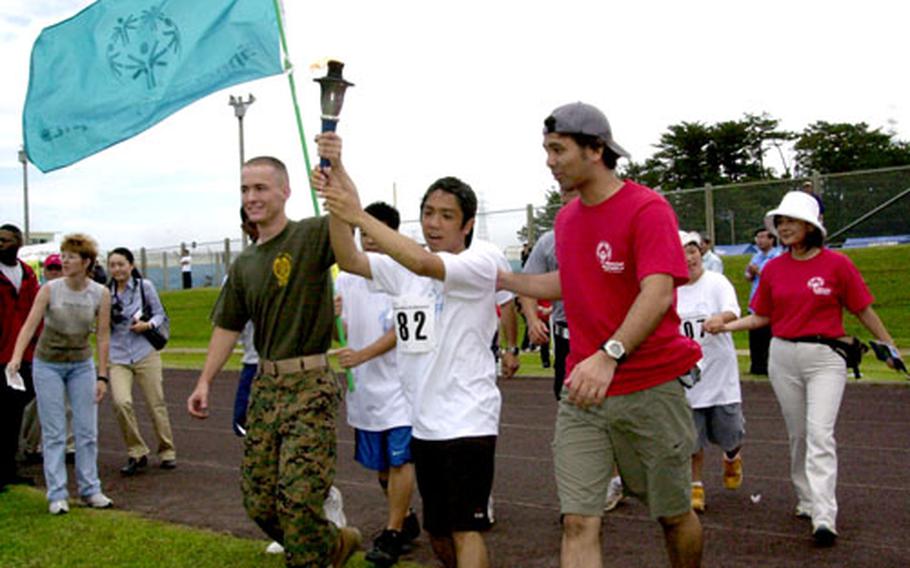 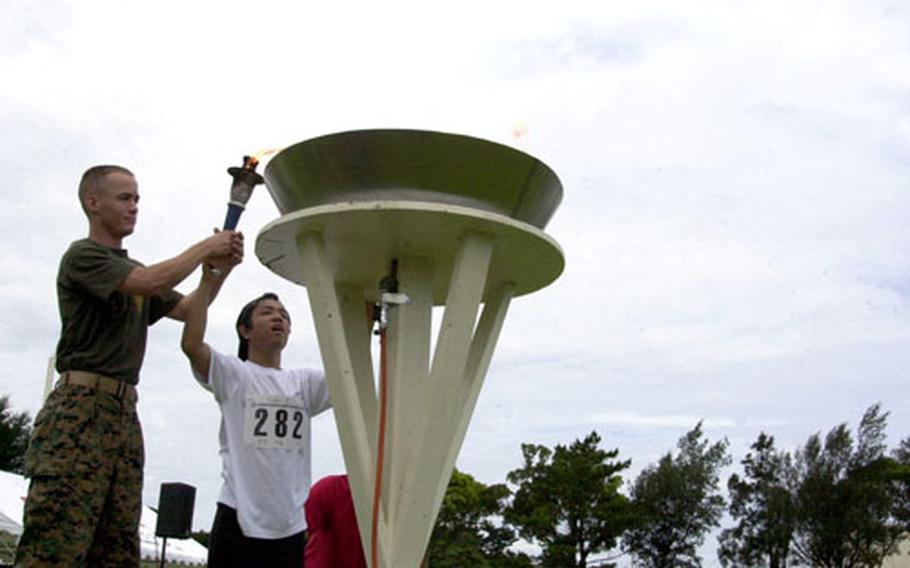 KADENA AIR BASE, Okinawa &#8212; From the beginning, the 2005 Kadena Special Olympics resembled a giant outdoor party as much as it did a sporting event.

Athletes circled the Kadena High School track during the opening parade with outstretched hands for the many family members and volunteers taking their pictures, delivering their well- practiced &#8220;Hello! How are you?&#8221; greetings to several of the more than 2,000 Americans in attendance.

While many of the athletes walked away with the gold, silver and bronze medals at the games, each of the 881 athletes and 250 special-needs artists earned a medal for their most important accomplishment: their bravery, said local Special Olympics Committee board member Chip Steitz.

&#8220;People with disabilities have talents,&#8221; Steitz said. They &#8220;should be afforded the same opportunity to display their abilities and celebrate their successes.&#8221;

The Kadena Special Olympics has grown from what began as a 100-athlete affair in 1999 into one of the military&#8217;s largest community-relations undertakings in the Pacific theater.

Special Olympics volunteers from both the military and local communities have built an event with a $60,000 budget and multiple corporate sponsorships.

Soon afterward, the athletes competed in 18 events, including track and field, floor hockey and bowling.

The athletes had plenty of people cheering them on &#8212; along with the thousands of American volunteers, 2,000 Japanese family members and an additional 600 Japanese volunteers supported them.

The crowds added to the excitement for Toshiya Higa, who competed in multiple track events and won a gold medal in the early going Saturday.

A few of the parents who attended the games for the first time were surprised at the event&#8217;s size, and even a little worried at first.

It was Ura&#8217;s first time interacting with Americans, Takayuki said.

Between events, spectators were treated to entertainment ranging from Okinawan dance to the III Marine Expeditionary Force Band. They also viewed artwork created by students from schools all over Okinawa.

Scattered among the crowd were several hundred bilingual volunteers on hand to help guide the athletes and their families. Chiaki Lyter was volunteering at her second consecutive games.

When asked why she came back again, Lyter expressed the same sentiment as many other volunteers asked that question.