Special kids at German school get a visit from Santa 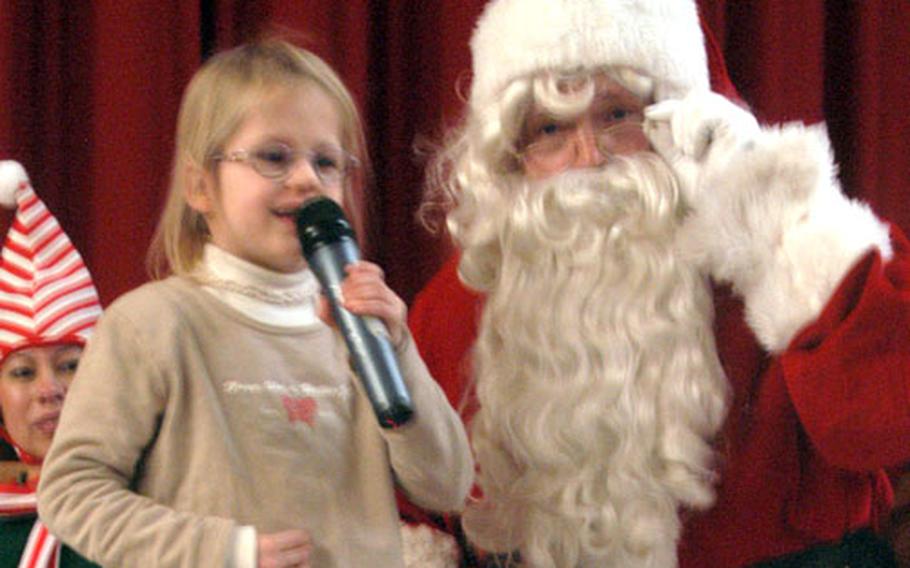 Santa Claus, aka Army Sgt. 1st Class Roy Bowen, and his elf, Marine Master Gunnery Sgt. Linda Roach, test a German girl to see if she’s been naughty or nice during a visit Tuesday to a school for handicapped children in Stuttgart-Möhringen, Germany. (Charlie Coon / S&S)

Santa Claus, aka Army Sgt. 1st Class Roy Bowen, and his elf, Marine Master Gunnery Sgt. Linda Roach, test a German girl to see if she’s been naughty or nice during a visit Tuesday to a school for handicapped children in Stuttgart-Möhringen, Germany. (Charlie Coon / S&S) 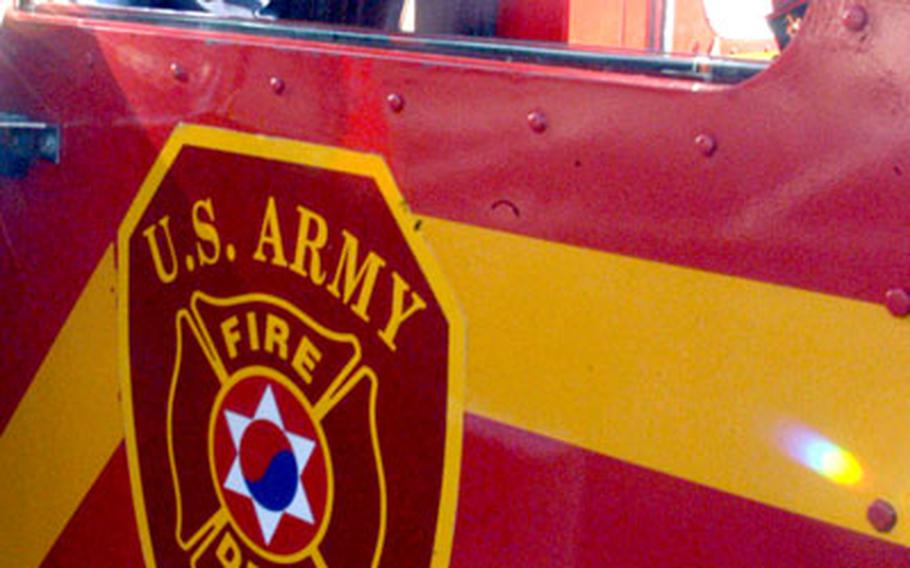 About 50 children bundled in winter jackets and hats waited. Some in wheelchairs buzzed around the sidewalk. They laughed and chattered and looked down the road.

Around the corner it came, an old red firetruck with its horn blasting, siren wailing and blue lights flashing. It slowly rumbled toward the awaiting throng.

Santa Claus, as promised, had come to town.

Santa Claus, who also goes by the name Army Sgt. 1st Class Roy Bowen, had made his annual trek to the school for handicapped children in Stuttgart-M&#246;hringen, complete with an escort of Marines in their dress blue uniforms.

After he was greeted, Santa was brought into the school&#8217;s gymnasium where some of the students performed skits and sang songs. Then the children gathered around tightly and Santa, speaking in German because Santa knows all languages, asked if they&#8217;d been good to their parents and grandparents and other tests of naughty or nice.

&#8220;We were told the one thing the kids want more than anything is a picture with Santa,&#8221; said Staff Sgt. Joe Forbes, and the Marines obliged, setting up a printer in the hall for instant delivery.

The school, the Schule f&#252;r K&#246;rperbehindertemade, is for students of all grades. Some pupils have such serious mental handicaps they didn&#8217;t know that Santa Claus was there, according to Jan Poeplau, a teacher&#8217;s assistant.

Other students are physically handicapped with diseases such as muscular dystrophy, and have minds as sharp as anyone else. Many of those students prepared the songs and skits.

Sgt. John Cramer, a training coordinator and instructor with MARFOREUR, said he volunteered for the duty.

Kerns, who oversees nuclear, biological and chemical warfare gear for the Marines stationed at Panzer Casern, said it was a good reason to break out the dress blues.