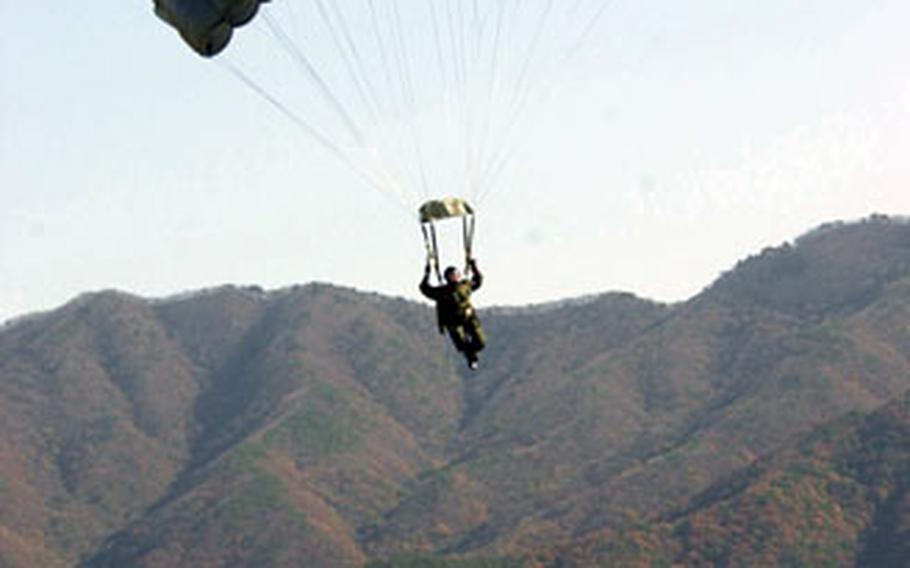 A jumper comes in for a landing at a drop zone near Seoul during jump training Wednesday. (T.D. Flack / S&S)

A jumper comes in for a landing at a drop zone near Seoul during jump training Wednesday. (T.D. Flack / S&S) 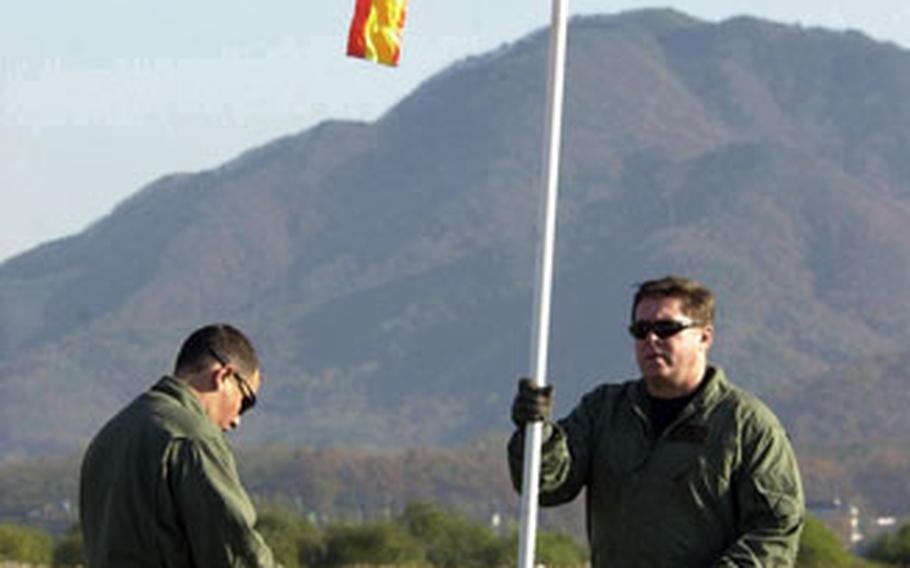 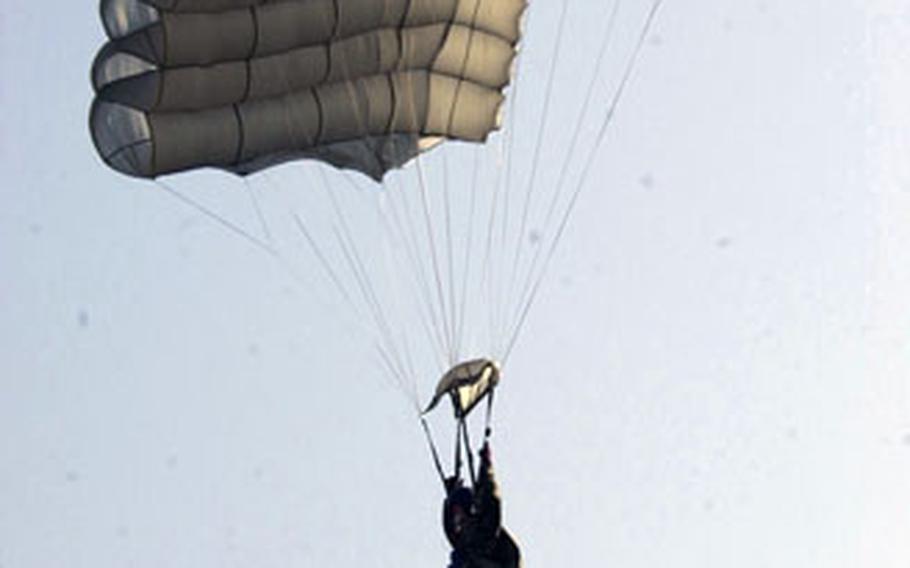 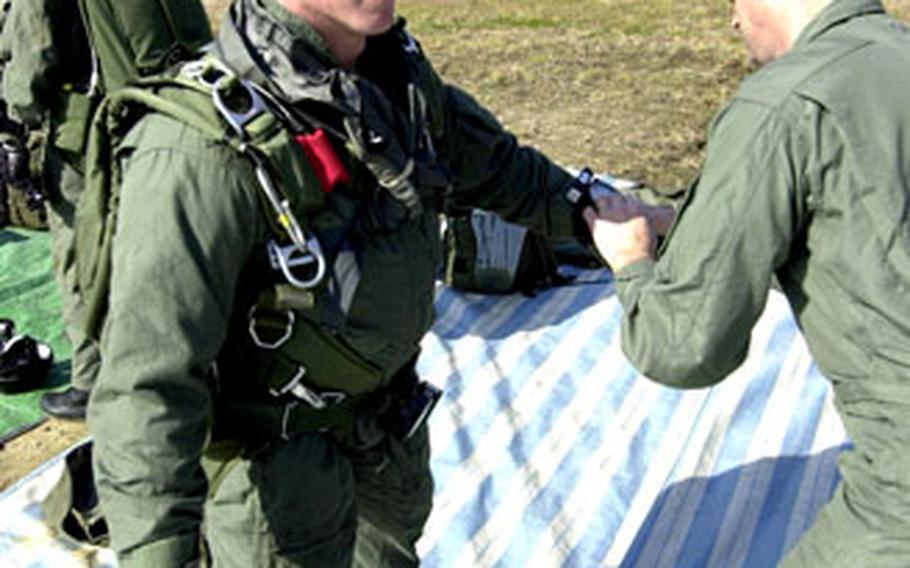 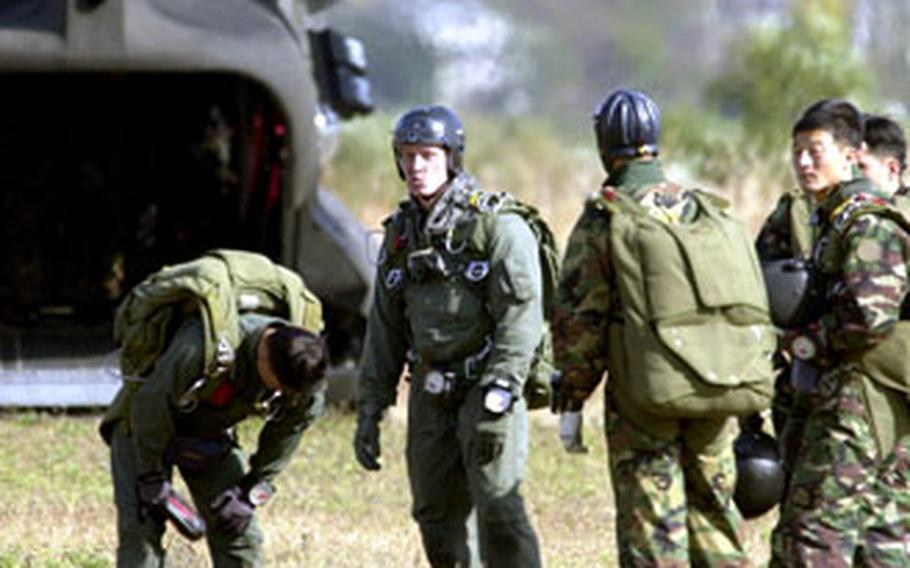 The course was designed to train the South Koreans to be qualified jumpmasters &#8212; the people in charge of every aspect of an airborne operation, the 39th&#8217;s Sgt. Maj. Jack Hagan said Wednesday, the course&#8217;s final day.

The 16 soldiers with the 39th work with nine South Korean units, including six brigades, one Special Mission Group, the 707th Special Mission Battalion (Counter Terrorist) and a Special Warfare Training Group. During peacetime, they teach tactics, techniques and procedures to the South Koreans. During war, they act as coalition support team leaders.

Hagan said the South Koreans had canceled their jumpmaster training about two years ago but decided to restart the program.

One goal, said primary instructor Sgt. 1st Class Jeremy Burke, was to train the 24 South Koreans in the course to U.S. standards in high-altitude, low-opening jumps.

Hagan said that wasn&#8217;t too difficult because the standards already are similar, based on all the joint training conducted in the past.

Students were under strict time deadlines under the personnel inspections, checking the equipment for each person who was going to parachute. Actions in the aircraft lessons focused on hand- and arm-signal communication to deliver critical information and &#8220;keep everyone alert.&#8221; Spotting, put simply, is figuring out the correct time to jump from an aircraft, taking wind speeds into consideration.

Students jumped on the last two days of the training.

He praised the students for the dedication to the course, saying they practiced three to four hours a night.

Maj. Robert Burmaster, 39th commander, said he was happy with the students and his soldiers.