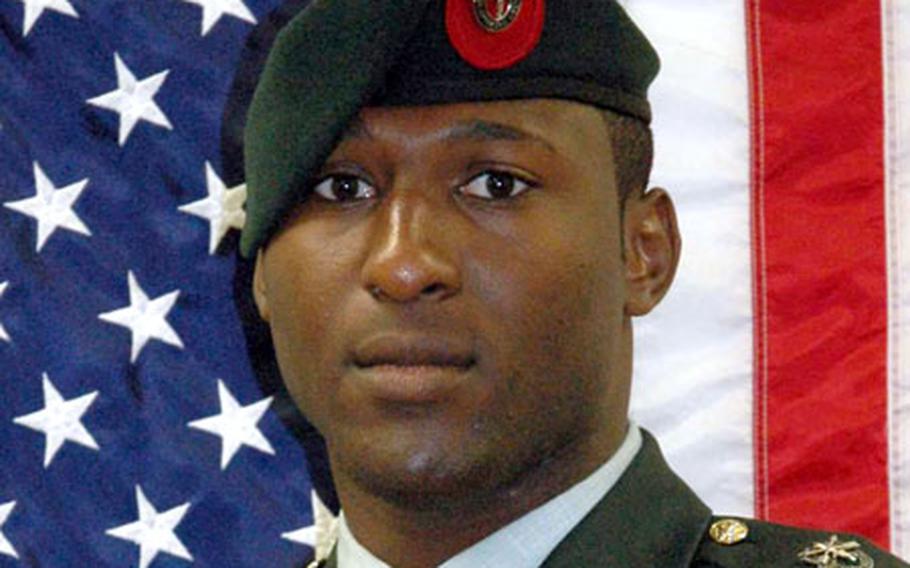 Staff Sgt. Leroy E. Alexander and Capt. Charles D. Robinson, both based at Fort Bragg, N.C., were killed Friday when their convoy was hit near Orgun-E in eastern Afghanistan.

A third U.S. soldier and an Afghan interpreter were wounded in the attack, officials said. The wounded were treated at Forward Operating Base Salerno, but no update on their status was available Monday. The attack came when a convoy of armored Humvees was returning from Gayan village, officials said.

Alexander, 27, of Dale City, Va., had returned home in January to see his pregnant wife, family members told The Washington Post. He was remembered as a true professional who wanted to join the military since he was little. But on the trip home, he expressed some reservations about his current deployment.

Robinson, 29, was from Haddon Heights, N.J. Family and friends called him a &#8220;good Christian man who was dedicated to his family and his country,&#8221; according to The Associated Press.

Robinson, also married, was the son of Baptist missionaries and had spent most of his life outside the United States. He had been in Afghanistan for five months.

&#8220;Our hearts and prayers go out to the families of these two brave individuals who gave their lives so that Afghanistan might have a safe and secure future,&#8221; Brig. Gen. James G. Champion, deputy commander of operations for Combined Joint Task Force-76, said in a statement.

Army officials will continue an investigation into the incident.