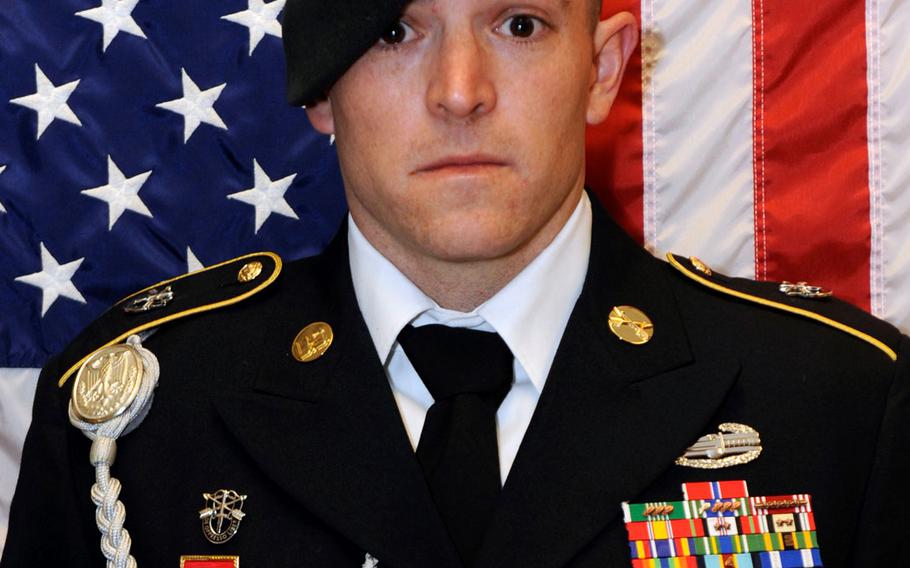 A U.S. soldier killed in eastern Afghanistan on Saturday has been identified as a Green Beret with extensive training and nearly 15 years of military experience.

Sgt. 1st Class Stephen B. Cribben, 33, of Simi Valley, Calif., died of injuries sustained during combat operations in Logar province, according to a Defense Department statement. Cribben was assigned to the 2nd Battalion, 10th Special Forces Group based at Fort Carson, Colo.

“Despite this tragic event, we remain steadfast in our commitment to the Afghan people and to support them in our mutual fight against terrorism,” Nicholson said.

This week’s deadly incident involving Cribben is under investigation. The military did not disclose further details.

Cribben is the second special operations soldier to be killed in Logar province recently. A week ago, on Oct. 27, Chief Warrant Officer Jacob M. Sims died in a helicopter accident there. The 36-year-old was assigned to 4th Battalion, 160th Special Operations Aviation Regiment, a unit known as the “Night Stalkers,” at Joint Base Lewis-McChord in Washington. Few details about the crash have been released except that it was not the result of enemy action.

A native of Rawlins, Wyo., Cribben joined the Army on Nov. 20, 2002, and trained to become a military police officer at Fort Leonard Wood, Mo., according to an Army Special Operations Command release.

He served in Asia, Europe and the United States, and deployed three times with the Fort Campbell, Kent.-based 716th Military Police Battalion — to Egypt for the biannual Bright Star exercise in 2005, to Afghanistan in 2006 and to Iraq in 2007.

He was a future plans noncommissioned officer with Special Operations Command Forward-North and West Africa, then served as a senior communications sergeant for Special Forces Operational Detachment-Alpha. He deployed to Afghanistan with 10th Group in September.

“We will honor and preserve his legacy. We will cherish, protect and support his family,” said Col. Lawrence Ferguson, 10th Group’s commanding officer. “Our focus is with them at this time. We will never forget.”