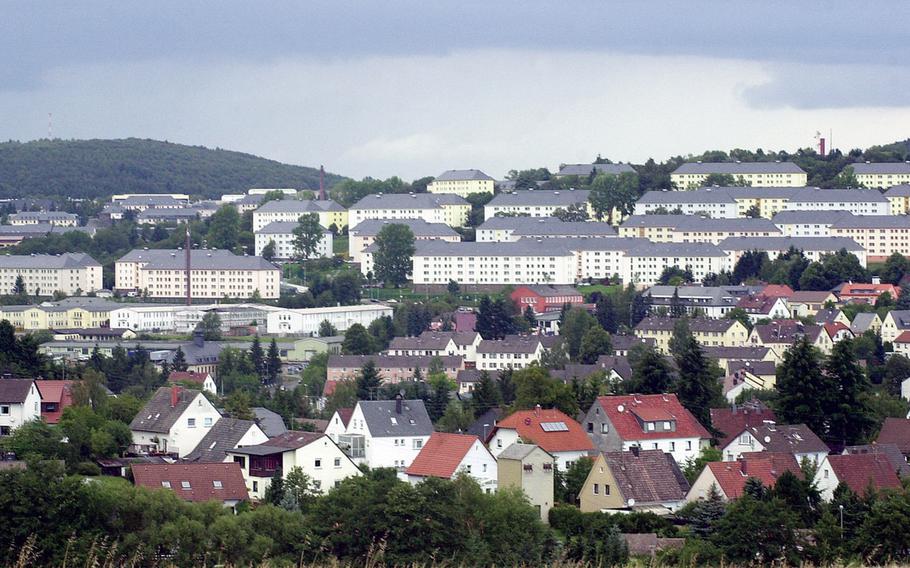 After capturing a ''terrorist,'' special operations forces speed away from the scene during an exercise hosted by the U.S. Special Operations Command Europe at Baumholder, Germany, in 2014. SOCEUR's Green Berets and SEALs are slated to move to a new home in this sleepy garrison town, which is poised to become the main hub for some of the military's most elite troops. (Michael Abrams/Stars and Stripes)

STUTTGART, Germany— Green Berets and SEALs operating out of a congested Army post here are slated to move to a new home in Baumholder, Germany, a small garrison town now poised to become the main hub for some of the military’s most elite troops.

Approval has been granted “to move tactical United States special operations forces from the increasingly crowded and encroached Stuttgart installation of Panzer Kaserne to the more open training grounds of Baumholder,” Thomas said during a change-of-command ceremony in Stuttgart on Tuesday.

A timeline for the move was not provided, but it will likely take a few years following discussions with German officials and facility renovations.

The eventual arrival of several hundred Stuttgart-based special operators means that Baumholder will play host to a mix of elite troops. U.S. Africa Command has already quietly established a presence in the town, where a crisis-response force has been set up in recent years as well as a mission command element from the Africa-focused 3rd Special Forces Group.

The moves also will put the troops closer to flight lines at nearby Ramstein Air Base, which will hasten transport. The Europe-based operators are also called on to support contingencies in other theaters, including Africa and the Central Command area, Thomas said, which includes Iraq and Afghanistan.

For years, there has been talk of uprooting the special operations community in Stuttgart, a cosmopolitan area with limited access to nearby training grounds and a small but noisy shooting range that has bothered some in the local community.

In 2011, the former head of U.S. Army Europe advocated moving special operators to Baumholder, where local government leaders have long wanted more U.S. troops as an economic boost. But operators at Stuttgart were heavily focused on the war in Afghanistan, and there was resistance to a Baumholder move within SOCEUR leadership, military officials said at the time.

In recent years, the SOCEUR mission has shifted focus, with units concentrating more on missions in Europe and training allies to counter a more aggressive Russia. With increased instability in Europe and uncertainty about Russian intentions after its 2014 intervention in Ukraine, U.S. European Command has required forces to operate at a heightened state of readiness.

Thomas said the move to Baumholder will add to the operators’ effectiveness.

“These moves will improve the readiness of some of our formations and the quality of life for our service members and their families,” he said.

In 2007, Thomas was a colonel based at Baumholder’s Smith Barracks, where he was an assistant commander to the 1st Armored Division. At the time, the Army was rapidly downsizing in Germany and Baumholder was among the garrisons being considering for elimination.

Thomas was among the leaders who advocated for keeping the post. But while tactical units are bound for Baumholder, SOCEUR’s headquarters is staying put in Stuttgart, where there are plans to construct a new command operations center in the next couple of years.