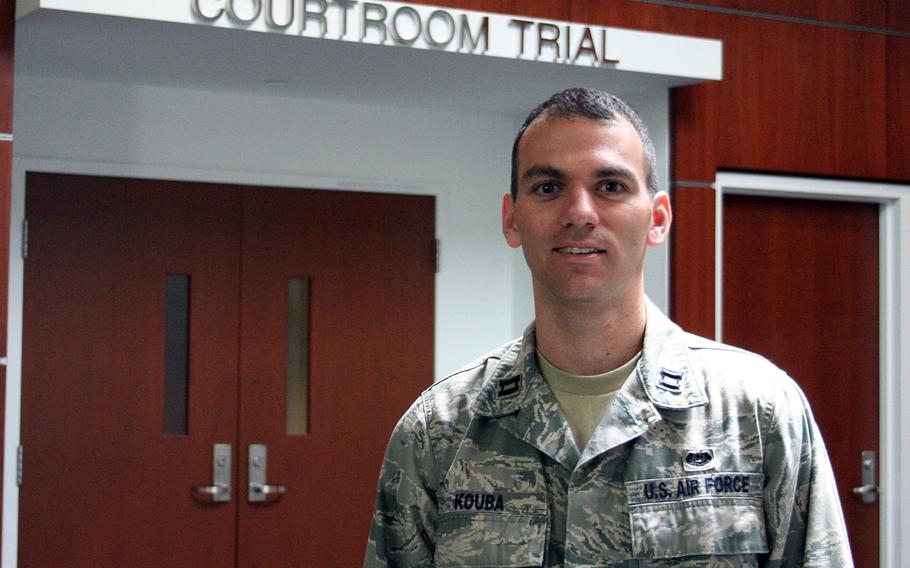 Buy Photo
Capt. Dustin Kouba stands outside a courtroom at Andrews Air Force Base, Md., is one of 24 special victims counsels the Air Force has established worldwide to represent sexual assault victims as their cases wind through the legal system. (Chris Carroll/Stars and Stripes)

Buy Photo
Capt. Dustin Kouba stands outside a courtroom at Andrews Air Force Base, Md., is one of 24 special victims counsels the Air Force has established worldwide to represent sexual assault victims as their cases wind through the legal system. (Chris Carroll/Stars and Stripes) 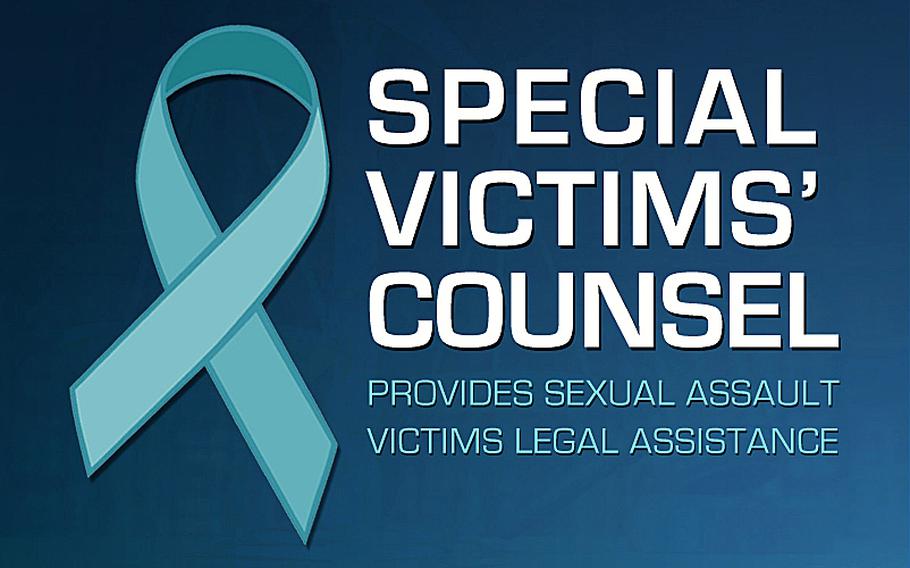 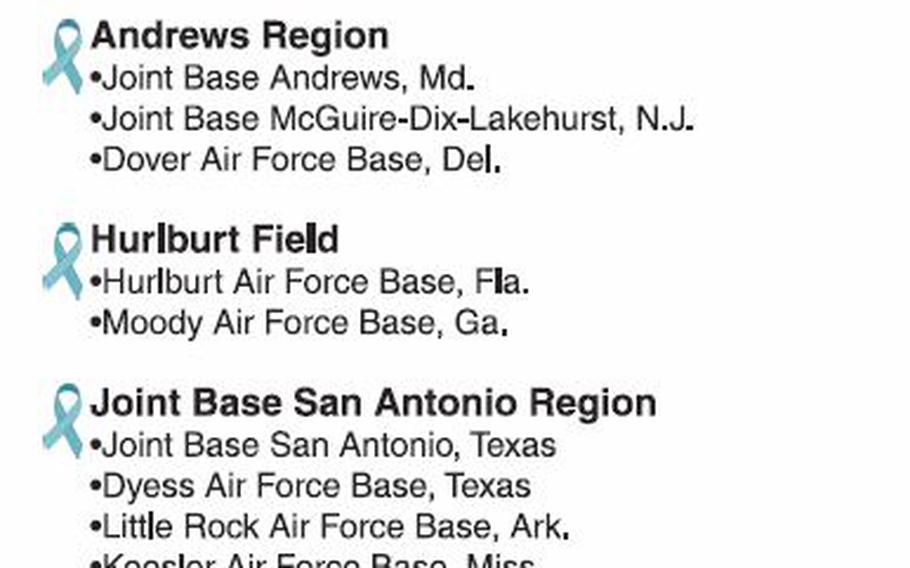 WASHINGTON — All three are airmen. Each reported being sexually assaulted. But their goals in the aftermath could hardly be more different.

One victim wants the case against her alleged attacker dropped because she fears repercussions of private information leaking out in court more than she fears the man who assaulted her. Another woman with similar privacy concerns hasn’t named her attacker, but worries that silence might allow the perpetrator to prey on others. A third woman is interested in pushing prosecutors to fight harder, to move more aggressively to win a conviction. Beyond their status as alleged victims, what ties them together is the Air Force attorney, Capt. Dustin Kouba, 32, who’s helping them pursue disparate goals through the military legal system. (None of the victims wished to be interviewed for this story, Air Force officials said.)

Kouba, based at Joint Base Andrews, Md., is one of 24 Special Victims’ Counsels scattered worldwide in a program Air Force leaders say was meant to give sexual assault survivors someone to guide them through the military justice system and speak up for them in court when necessary.

The program was established amid growing outrage over the way the military – and particularly the Air Force – has dealt with sexual assault. Among the cases in the spotlight in recent months are the overturning of two sexual assault conviction by Air Force generals, military trainers preying on recruits at Lackland Air Force Base, Texas, and the recent arrest on sexual battery charges of the chief of the Air Force’s sexual assault prevention and response office.

Since the program started in January, SVCs have represented more than 325 airmen.

When a new client comes through his door, Kouba tells them he’s not there to aid the investigation or help the government win a conviction — though he could, if that’s what the client wants. But he might find himself in the curious position of working with an accused rapists’ defense team in order to keep details harmful to the victim out of court.

That’s what he’s been asked to do by a client who never intended to make an official sexual assault report. She mentioned the assault to someone who – despite the victim’s fear of life-altering effects if secrets were revealed in court – followed regulations and reported the crime.

Prosecutors frequently drop cases if the victim is unwilling to cooperate, but with commanders’ handling of sexual assault in the crosshairs on Capitol Hill and in the top levels of the Pentagon, that’s not going to happen this time. And as a result, Kouba said, his client is terrified a bad situation is about to get worse.

“I’m trying to put the mess back in the box, but can’t. Pandora’s Box has been opened up,” Kouba said. The Air Force Office of Special Investigation “is pressing forward with or without my client, based on their guidance from DOD and the Air Force.”

For a minority of Kouba’s clients who have filed restricted reports — a legal avenue established by Congress so victims can get medical help or counseling without naming a suspect — part of his job is to help them decide whether to initiate a prosecution.

While he said he’d personally like to see sexual predators punished, the principle of attorney-client privilege means these wrenching decisions are not his to make.

“I’m working for them alone,” he said. “I’m going to take the position they want me to take in the end.”

The SVC program acknowledges what victims have long said: The process set in motion by an initial crime report often feels less like justice and more like being assaulted anew by attorneys or by retaliation from other troops angered that the victim spoke up.

The criminal justice system, whether military or civilian, is aimed at the outcome, said Lt. Col. Dawn Hankins, chief of the Special Victims’ Counsel program. While the rights of the accused are guarded by law, neither prosecutors nor defenders have traditionally taken into account victims’ experiences in the legal system.

“Because of that, it could be a re-traumatizing event,” she said.

A likely result, Air Force officials have acknowledged, is that about 85 percent of sexual assaults are thought to go unreported.

The blowback on victims who do report can be extreme. 1st Lt. Adam Cohen, who in 2011 said a male Army officer sexually assaulted him four years earlier as the then-enlisted Cohen was applying for officer training school, ended up being charged with having illegal sex while the “don’t ask, don’t tell” policy was in effect, among other charges.

Fearing for his career, Cohen said he waited until the anti-gay policy was repealed to report the crime. That, combined with delays caused by what he and his attorney characterize as a botched investigation, caused the statute of limitations to pass on the alleged crime before charges could be filed.

In the meantime, Cohen says, friends and supporters of the soldier harassed him via email and text message. A punch from an unseen assailant while Cohen worked out may have been retaliation as well, he said.

Cohen learned recently that prosecutors at his duty station, McConnell Air Force Base, Kan., planned to call the accused assailant to the stand to testify against Cohen in a case that includes a conduct unbecoming an officer charge, as well as “don’t ask, don’t tell” allegations.

“The simple fact is you’ve got a victim who came forward and thought he was helping with a prosecution, but instead was interviewed as a suspect,” Bellflower said. “Not only did the assailant essentially get rewarded for his conduct, but he’s going to get a final finger poke in the eye to my client.”

Cohen says he’s convinced the military legal system is not a safe place for victims.

“Why would any airman come forward with a sexual assault and report it?” he said. “I certainly would not recommend it.”

But Cohen said the ordeal would be far more confusing and discouraging without Bellflower by his side, providing advice and interceding with authorities.

Kouba says that while he and other SVCs can do little to solve the overarching problems of how sexual assault is handled by the military justice system, he can offer safe haven,

“What I do is empower the victims,” he said.

In one recent case from among the 18 airmen he’s handled since January, a client feared a pre-trial meeting with a civilian defense attorney who had aggressively questioned and intimidated her in an interview.

“So I told her, ‘I’m going in there with you and we can limit the time. If he’s at all disrespectful, we’ll get up and walk out,’ ” Kouba said. “She didn’t even know she was allowed to do that.”

Kouba, previously a prosecutor at Andrews, says he doesn’t have to back down to authority when a client’s needs are on the line.

“I’m a captain, but in this job I feel very comfortable going to a colonel or a general and telling them my client needs help,” he said. “I’m not directing them to do anything, but I can get allies for [clients] that maybe they couldn’t get for themselves.”

Bellflower, based at Keesler Air Force Base, Miss., said he has plenty of leeway to advocate for clients, whether it means talking freely to the media or victims advocacy groups, or contending with senior officers.

“If I’m dealing with a guy that outranks me ... I’m being respectful. I’m saying ‘sir’ and ‘ma’am,” he said. “But I’m still pushing them to make a decision that’s favorable to my client.

“No one within my chain of command has even remotely uttered a word against anything I’m doing.”

Special victims’ counsels believe they are changing the military legal system to ease the fear of exposure and retaliation that many military sexual assault victims feel.

“We are changing the culture for the good,” Kouba said. “I think this is going to help create an environment where people feel more comfortable coming forward.”

It won’t happen overnight, Bellflower said, but the reporting rate for sexual assault should increase.

“Word is going to get out,” he said. “It’s going to trickle down into the community that you do have someone on your side.”

Bellflower, who joined the military as an enlisted Marine, said the effect could be more profound if the military as a whole embraced special victims’ counsels. The defense authorization bill produced last month by the Senate Armed Services Committee would require each military branch to do just that.

“I hope that happens,” he said. “If they do that, it’s going to have a huge impact.”