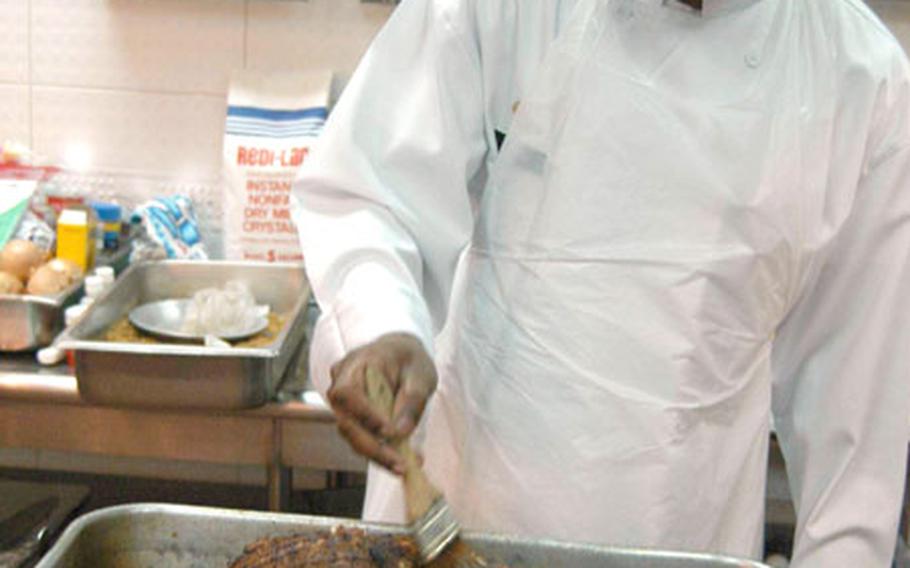 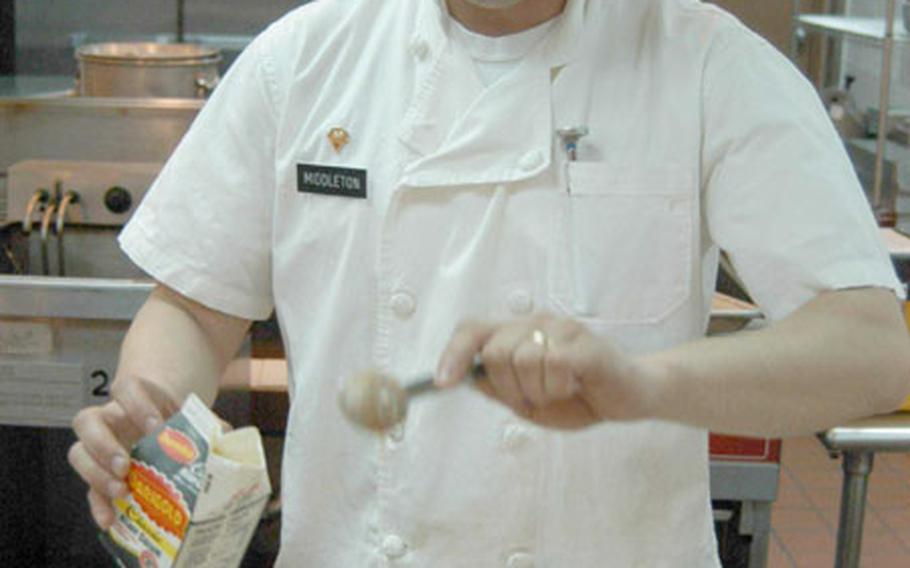 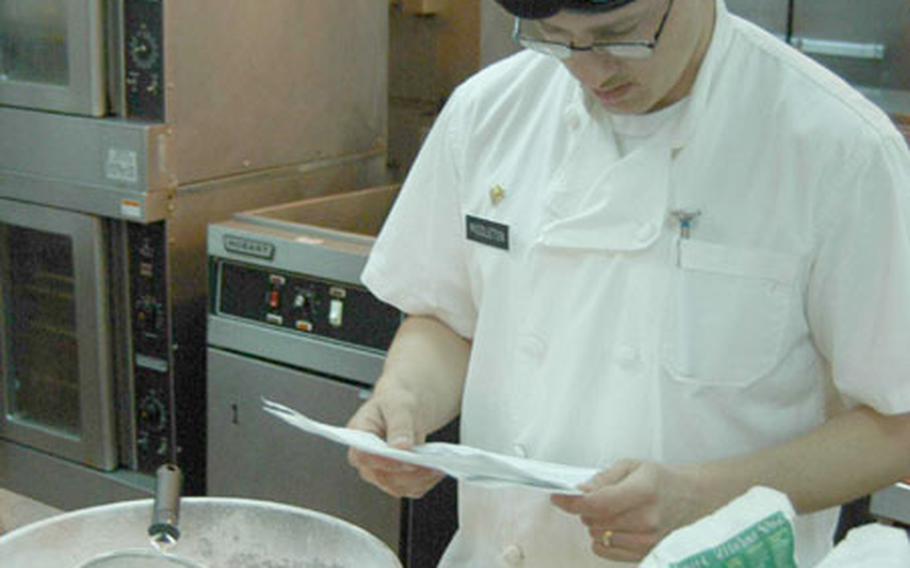 &#8220;This is my first competition. I have never really made the complicated meals like we are doing here,&#8221; said Morton, who managed short-order restaurants in Bloomfield, Iowa, before joining the Army last year.

&#8220;I have been cooking all my life but I have only been cooking in the Army since January,&#8221; said the young food specialist, who hopes to own a restaurant one day.

The kitchen at the Camp Stanley dining facility, where the competition was held, was a hive of activity as five two-person teams prepared their entries Friday morning.

&#8220;You have to keep your eye on it and make sure the sauce is just right. You have to take it off at the right time or it gets too thick,&#8221; Brooks said after removing a pair of fat turkeys from the oven.

A timbale is a mixture of meat and vegetables in a cream sauce, baked in a small, drum-shaped mold or pastry casing. The sergeant last tasted turkey timbales several years ago, he said, but he still relishes the meal&#8217;s consistency and &#8220;the way the turkey and sauce come together.&#8221;

Brooks, who cooked in an Italian restaurant in New Orleans before joining the Army, is studying for a degree in electrical engineering but said one of his goals is to continue working around food.

Food services adviser Chief Warrant Officer Stephanie Adams, Divarty Headquarters and Headquarters Battery, said the competition is the first of a series of initiatives designed to boost the skills of Divarty food specialists.

The event drew soldiers selected from among 75 Divarty cooks from camps Casey, Hovey and Stanley.

Adams said the three-course meals, soups, and desserts were judged on taste, presentation and degree of difficulty.

The winners received a set of professional chef&#8217;s knives and additional training, including a day with a Seoul chef and time with 2nd ID Commander Maj. Gen. John R. Wood&#8217;s enlisted assistant, who is responsible for preparing meals for the Commander&#8217;s official functions.

&#8220;I have watched these guys get more excited as we prepared for this. It is spreading to the other soldiers who want to compete next time around,&#8221; Adams said.

&#8220;It is my hope that this will lead to a fully-fledged culinary program with workshops, training, and shows,&#8221; she said.

Food services are an important part of Divarty, Adams added.

The most popular meal among Divarty soldiers is Southern soul food including barbecued ribs, chicken, and macaroni and cheese, she said.

&#8220;It just gives the feeling of being home, relaxing with your family and barbecuing. It is comfort food.&#8221;