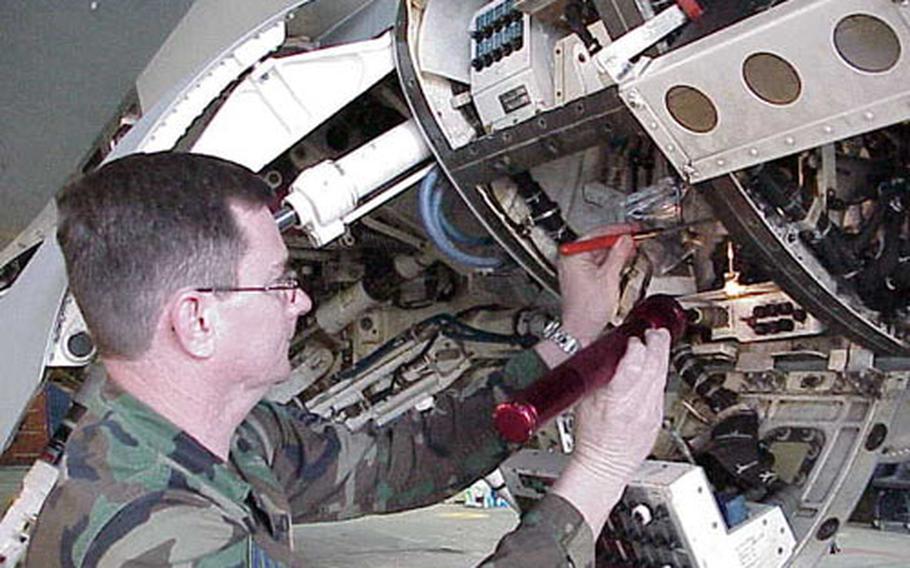 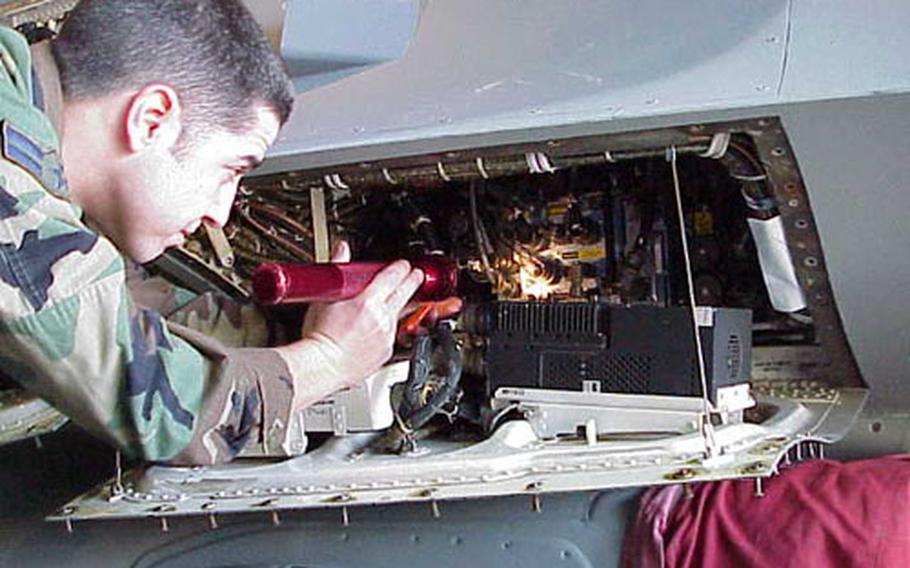 SPANGDAHLEM AIR BASE, Germany &#8212; Spangdahlem&#8217;s two F-16CJ squadrons are the first overseas units to put the latest avionics upgrades for the fighter through their paces.

And, like buying a new model car in its first year, the process has been challenging, said Lt. Col. Greg Hoffman, commander of the 52nd Maintenance Group.

Forty-six F-16s from the 22nd and 23rd Fighter squadrons will get the upgrades, called the Common Configuration Implementation Program, or CCIP for short. The Lockheed-Martin system will be put on 650 Air Force planes, costing more than $1 billion, according to a company news release. It is the largest F-16 upgrade program ever, Hoffman said.

The program offers a host of new capabilities for the fighter pilots, including new computers and color cockpit modifications, and a helmet-mounted cueing system that allows a pilot to zero in on targets with a nod of his head, the company said.

The upgrades are done at Hill Air Force Base, Utah. But once testing starts, maintainers on site &#8212; including those at Spangdahlem &#8212; get to do the troubleshooting.

&#8220;Whenever you initiate a program overseas you have that tyranny of distance that makes problems more challenging,&#8221; Gen. Gregory S. Martin, commander of the Air Force Materiel Command, said during a recent visit to Germany.

Sixty of the 52nd Aircraft Maintenance Squadron&#8217;s avionics technicians are working at least 50 hours a week to debug the system, Hoffman said.

They received special training on the new system from Lockheed-Martin, but at times they are rewriting technical manuals as they find unforeseen problems.

Hoffman does have reason to be optimistic, however. Maintainers have solved some serious problems that cropped up in October when the first batch of planes came back from the depot.

And once the bugs are worked out, the new system actually will be easier to maintain, he said.