Spangdahlem to be joint fighter-cargo base 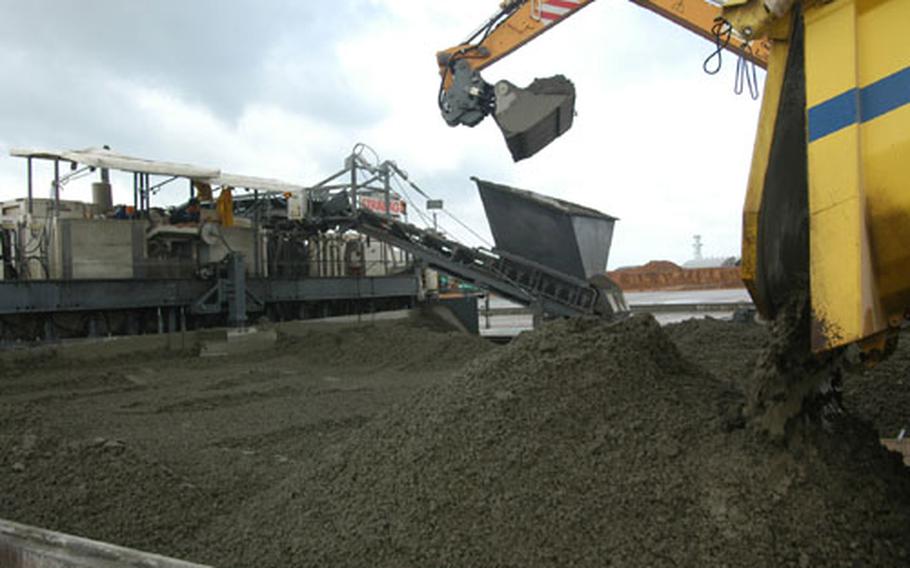 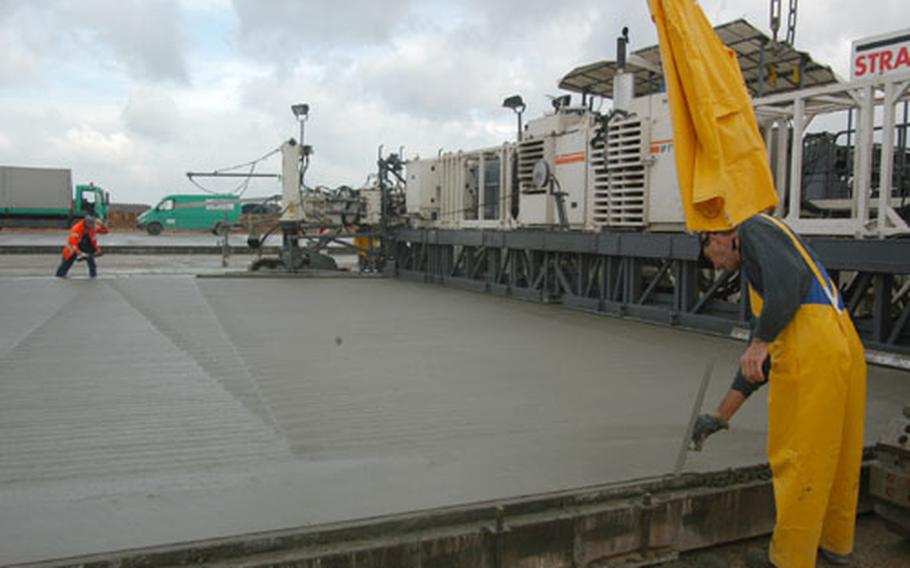 Workers smooth the edges of Spangdahlem&#39;s newly poured concrete ramp, which will hold up to 11 wide-body planes. (Marni McEntee / S&S) 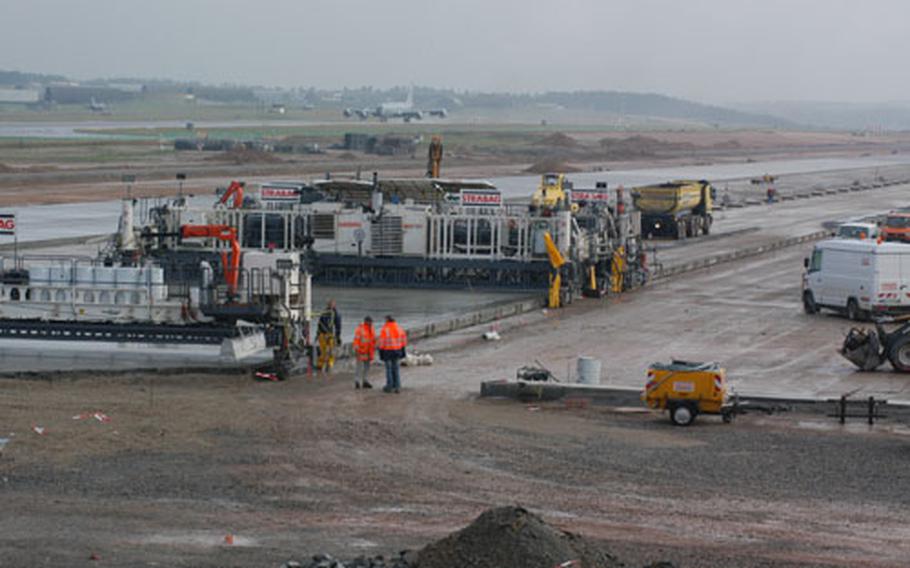 A machine lays concete for Spangdahlem Air Base&#39;s new ramp, which will hold up to 11 wide-body aircraft, as a KC-135 lands on the runway and an F-16 taxis just beyond it. (Marni McEntee / S&S) 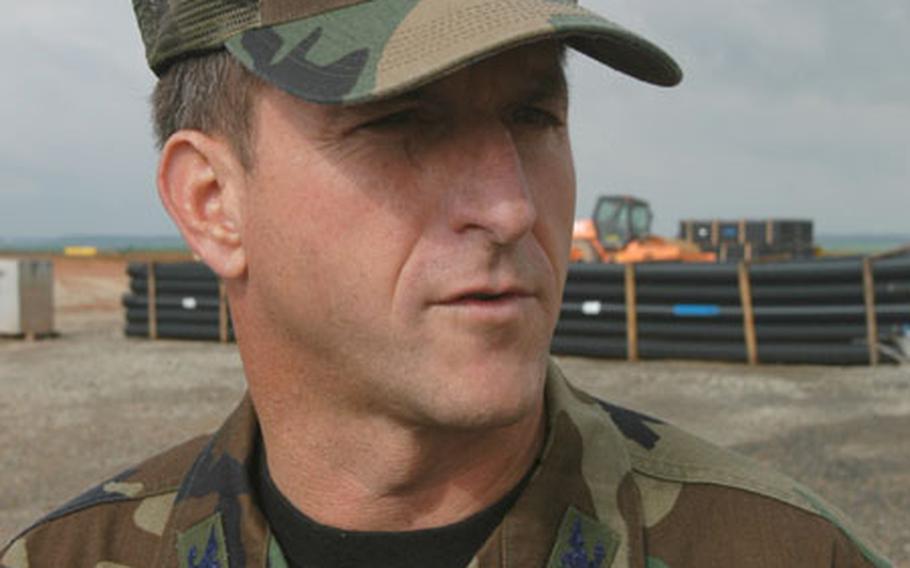 SPANGDAHLEM AIR BASE, Germany &#8212; Amid Pentagon plans to reduce U.S. military forces in Europe, Spangdahlem Air Base is undergoing work that may make it indispensable.

Last week, base officials invited the media to Spangdahlem to show off progress on its $170 million takeover as a joint fighter-cargo base, a plan that will make the base one of two strategic airlift hubs on the continent.

The jewel in Spangdahlem&#8217;s crown is a $60 million project to build a ramp, fueling system and taxiways to support the new cargo operations. On Thursday, contractors operated a machine that lays down more than 1,450 feet of smooth, thick concrete every day to build the new ramp.

Up to 11 C-5 aircraft &#8212; the largest plane in the Air Force inventory &#8212; will be able to park there. Two more wide-body planes will have room to park on a hot-cargo pad where hazardous cargo is transferred to and from the planes.

By December 2005, Rhein-Main Air Base will close, and all its air traffic will go to Spangdahlem and Ramstein Air Base. The so-called Rhein-Main Transition Program, which will cost more than $600 million in German and NATO funds, has been in the works for years.

But U.S. Air Forces in Europe officials said recently that the Rhein-Main Transition was one reason why Air Force manning will remain roughly the same in Europe, even as the Army plans to draw down up to two-thirds of its 62,000 troops in Europe.

The Spangdahlem project will transform the Cold War-era fighter base into a joint fighter-cargo base, at least for the immediate future. Pentagon officials have said talks are continuing with other countries, such as Turkey, about moving Air Force F-16 squadrons, such as the two at Spangdahlem, to Incirlik Air Base. But no one has said such a move is imminent.

The uncertainty over the future of troops in Europe prompted a flurry of local news coverage in and around Spangdahlem, which relies a great deal on the base for its economic livelihood. Spangdahlem&#8217;s commander fielded several questions from German news crews Thursday about whether troops would remain &#8212; regardless of the expensive base upgrade.

Col. David Goldfein, head of the 52nd Fighter Wing, said military leaders up the chain are planning the global force structure, and he wasn&#8217;t aware of any immediate changes at Spangdahlem.

In the meantime, Spangdahlem will add about 125 troops to handle its new mission. Other units, such as the fire department and air traffic control, will add personnel as well.