Spangdahlem pilots adjust as primary runway is closed for improvements 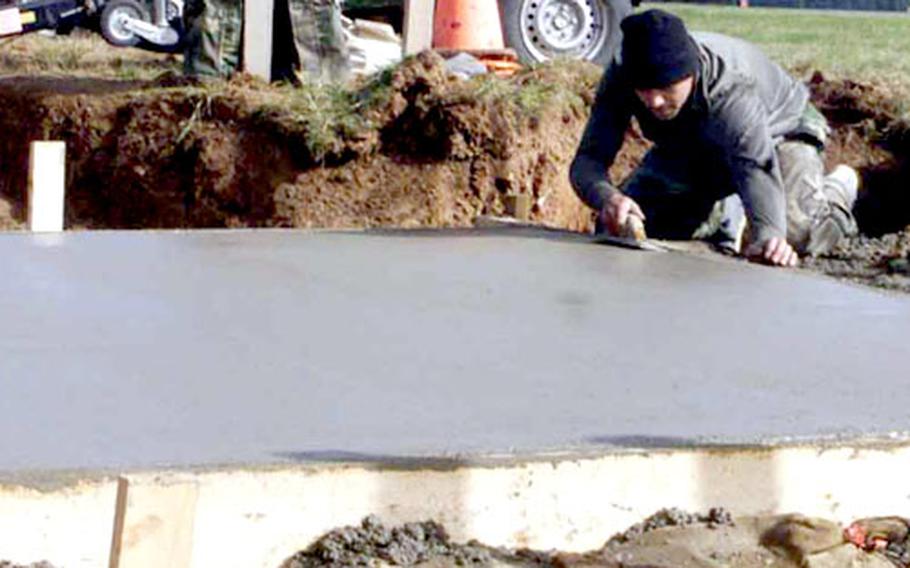 KAISERSLAUTERN, Germany &#8212; Spangdahlem Air Base pilots are adjusting to landing on the base&#8217;s taxiway while the primary runway is closed for improvements.

The taxiway is about half as wide as the 148-foot-wide primary runway and the approach end has a slight rise, which causes pilots to touch down a bit sooner than expected, said Col. Jake Polumbo, 52nd Operations Group commander.

Polumbo said he was the first to land on the taxiway in his F-16 on Monday so he could brief fellow F-16 and A-10 pilots on changes in the rate of descent needed before touchdown.

&#8220;As expected, a narrower runway presents a little bit of a challenge because of changes in depth perception,&#8221; Polumbo said on Tuesday.

Fighters will land on the alternate runway until September while work continues to improve the drainage for the base&#8217;s primary runway. While the runway work is going on, flights have been reduced from up to 90 takeoffs and landings a day to 35 or 40, he said. Part of that reduction also is due to the fact that more than a squadron&#8217;s worth of Spangdahlem aircraft now are deployed to the Middle East.

Pilots also will not fly at night and the base cannot accept cargo planes unless the primary runway is reopened.

The $16 million project is part of the base&#8217;s transition to an overflow base for cargo planes when Rhein-Main Air Base closes in 2005. Some 23 projects worth roughly $170 million must be completed by December of that year.

Workers will grade the earth flanking the 10,000-foot runway to improve drainage, said Pete Neukom, 52nd Fighter Wing transition officer. Then they will lay a 26-foot asphalt shoulder on either side of the 148-foot-wide runway.

That will help cut down on the dust, dirt, ice or snow that is churned up when large cargo lifters like the C-5 Galaxy take off and land at the air base.

That will improve safety for fighter jets, which Neukom said can act &#8220;like little vacuum cleaners,&#8221; sucking up potentially damaging foreign objects and debris, called FOD, into their engines. Before the improvements began, sweepers were used to eliminate the FOD left behind by the heavy lifters.

Polumbo said he has been preparing for the runway change for at least a year, even using a camera-equipped C-130 Hercules to take photos of aircraft approaching the runway. Video recording equipment inside the fighters also was used to capture the images of approaches and landings.

Other safety precautions include two cables designed to stop aircraft that have lost their brakes. The cables are deployed at either end of the taxiway.

Motor vehicle traffic around the taxiway has been curtailed while it is being used for landings.