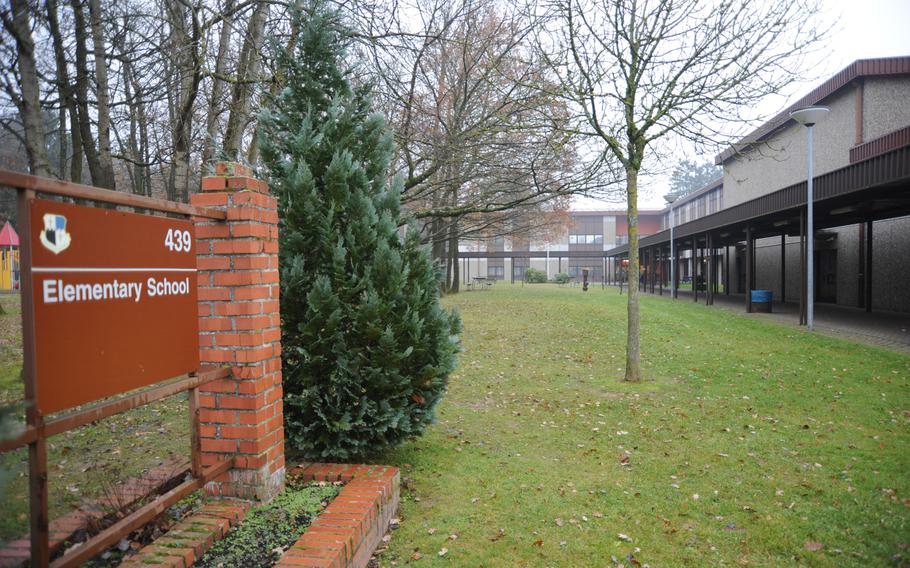 Students and staff members from Spangdahlem Elementary School at Spangdahlem Air Base, Germany, will relocate about 12 miles down the road to Bitburg Elementary School starting next school year. Spangdahlem's school will be undergoing renovation and expansion. Construction will begin in the fall of 2014 with the building scheduled to open in school year 2017-18. (Dylan Nuckolls/Courtesy U.S. Air Force)

KAISERSLAUTERN, Germany — Hundreds of students attending elementary school on Spangdahlem Air Base will be temporarily relocated next year to Bitburg Elementary School during construction on the K-4 school at Spangdahlem.

Community members are invited to a town hall meeting to get more information about the plan on Monday from 4:30-6 p.m. at the Spangdahlem base theater.

More than 500 students and staff members will be relocated to Biburg until work to renovate and expand the school is completed in about three years, Air Force and education officials said.

“It’s a safer environment and not as disruptive” to students, said Harvey Gerry, DODDS-Europe chief of staff.

The original plan was to move students and staff about every two months within the current school structure, officials said. The goal is to open the renovated elementary school for school year 2017-18, said Tech. Sgt. Kenya Shiloh, a base spokeswoman.

By moving students out of the building during construction, school officials estimate they’ll cut the work period by 10 months and save an estimated $1.3 million, said DODDS-Europe spokesman Bob Purtiman.

DODDS-Europe will provide transportation from Spangdahlem and the base’s neighboring villages to Bitburg Annex, about 12 miles west of Spangdahlem, a drive that typically takes about 20 minutes.

About 530 students attend Spangdahlem Elementary School, according to DODDS-Europe, while enrollment at Bitburg Elementary School currently is 172. The school has the capacity to accommodate the influx, Gerry said.

Bitburg housing annex once supported a bustling base population. Those numbers have been greatly reduced as the Air Force prepares to return Bitburg Annex to the German government in the next several years.