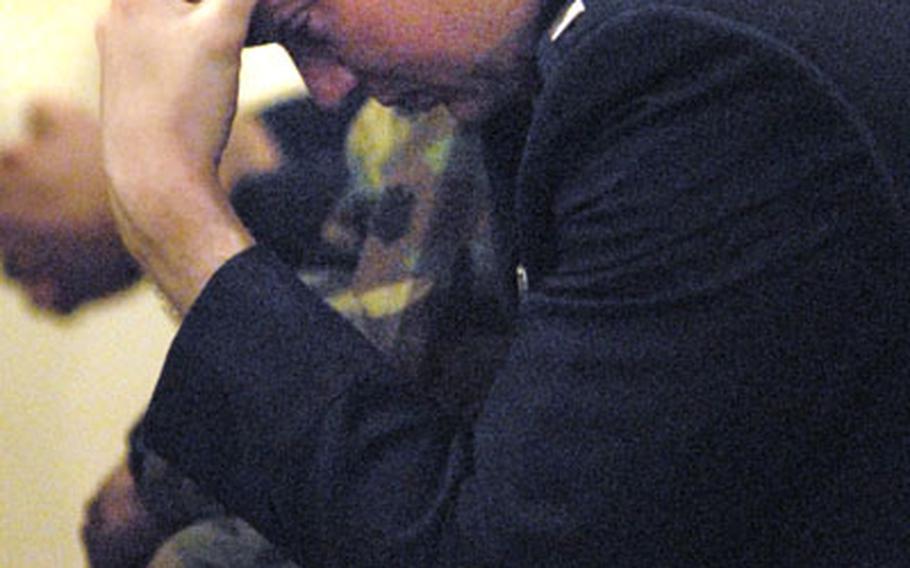 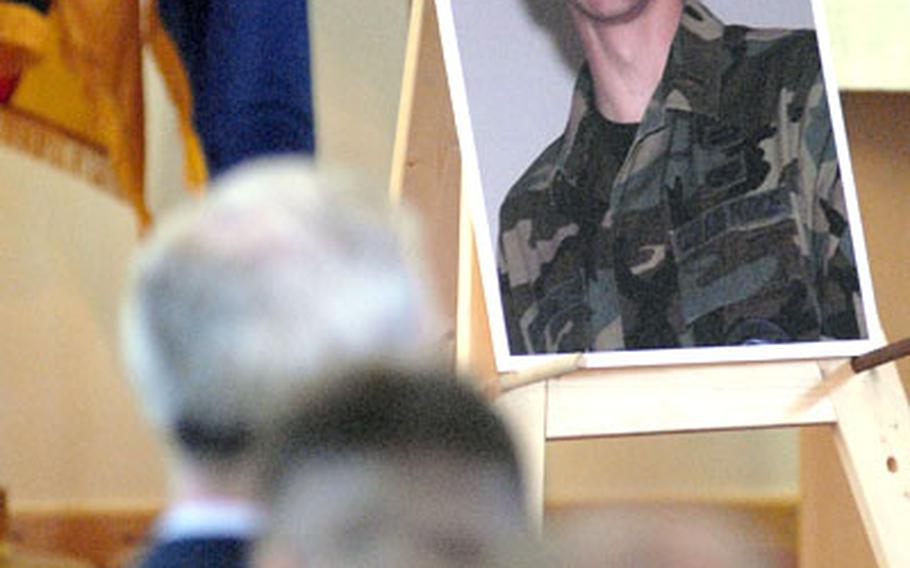 A photo of 1st Lt. Jamin Wilson is displayed at the front of the Spangdahlem Air Base chapel during a memorial service on Tuesday. Wilson, who served as a communications officer with the 52nd Communications Squadron, died in a car accident Dec. 14th when his car slide out of control on his way to work. (Ben Bloker / S&S)

To family and friends, there appeared little the 25-year-old couldn&#8217;t do.

He was smart, graduating from Harvard University with a bachelor&#8217;s degree in computer science and attending the Massachusetts Institute of Technology before receiving his commission in the Air Force.

He was extremely fit, spoke fluent French and was a persuasive public speaker.

He could even bake an apple pie from scratch.

His commander, Lt. Col. Kevin Bennett, thought so highly of Wilson that he was certain the lieutenant would quickly rise up the ranks.

How far Wilson would have climbed is only speculation now. Wilson was killed last Thursday on his way to work when the BMW he was driving hit a tree.

The Air Force and German law enforcement authorities are still investigating the cause of the accident.

Dozens of airmen packed the base chapel on Tuesday to remember the Englewood, Colo., native as a bright, kind and humble officer who embraced life with an infectious enthusiasm.

Lt. Gen. Rod Bishop, commander of the Ramstein-based 3rd Air Force, was among those in the audience who paid his respects.

Wilson&#8217;s mother and father, along with his two sisters and brother, traveled from the United States and sat in the first row listening to friends and comrades share memories of him.