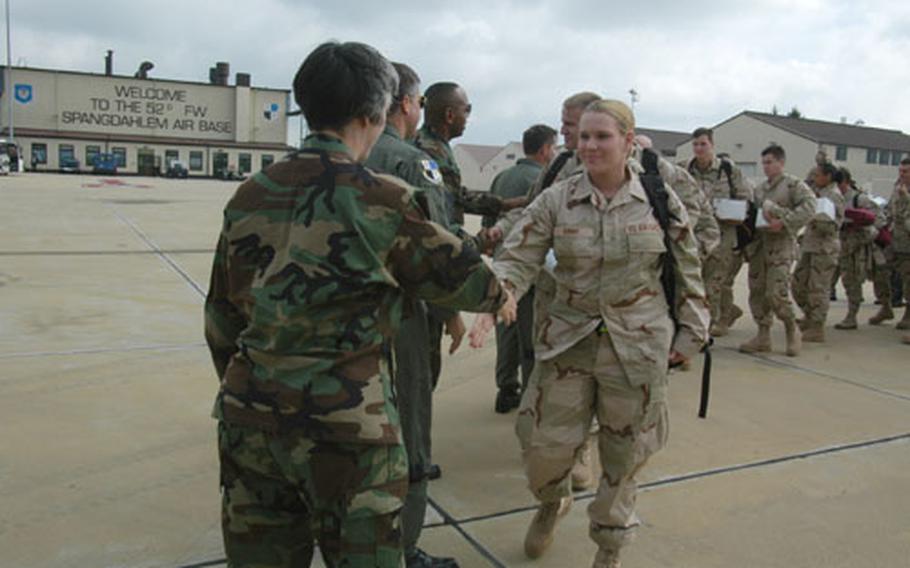 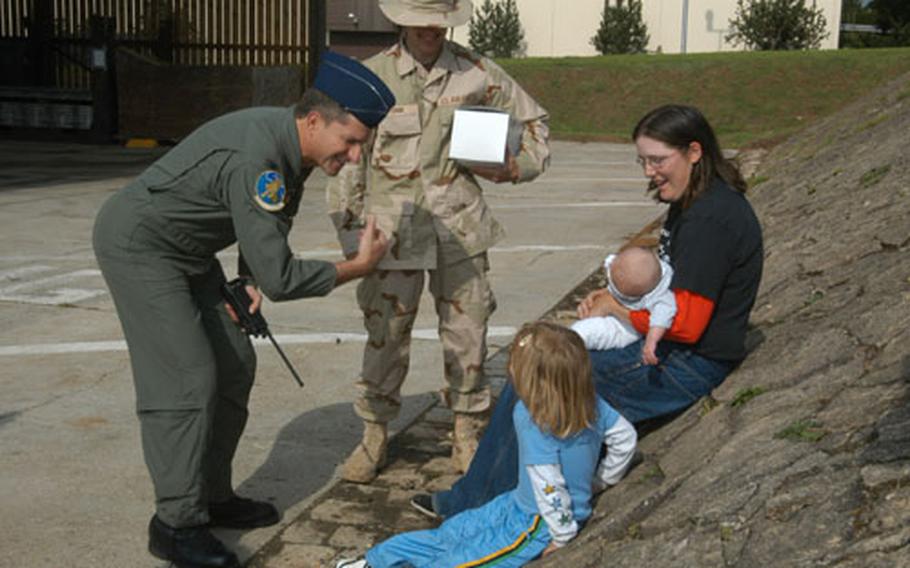 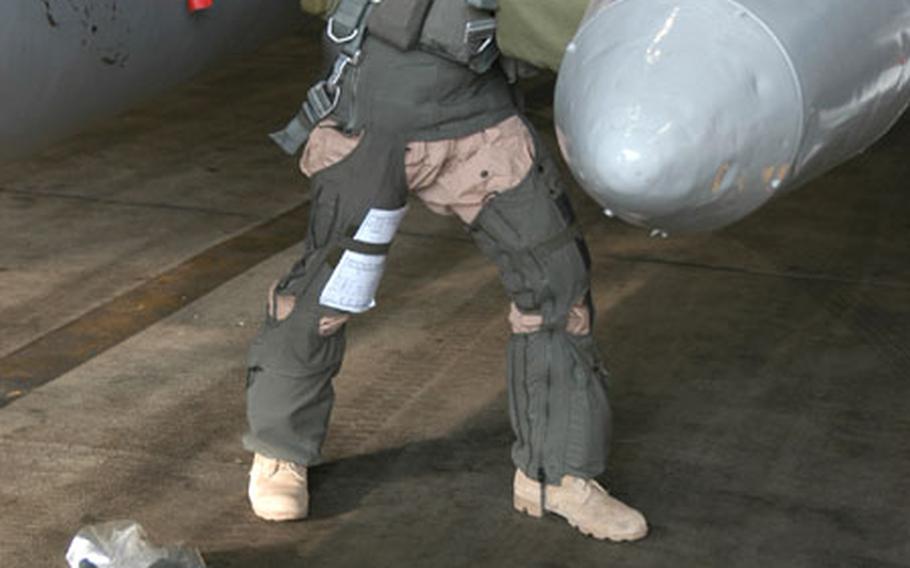 Lt. Col. John Cherrey, commander of the 81st Fighter Squadron, loads his bag into a storage pod on his A-10 Thunderbolt II. A dozen squadron jets and about 140 maintenance troops deployed Saturday for an Operation Enduring Freedom mission. (Marni McEntee / S&S)

SPANGDAHLEM AIR BASE, Germany &#8212; As Americans around the world were remembering the events of Sept. 11, 2001, a dozen fighter planes and more than 100 airmen from Spangdahlem were headed to the region that spawned the terrorist attacks.

Members of the 81st Fighter Squadron, who fly A-10 Thunderbolt II jets &#8212; along with maintenance and support troops from four other squadrons &#8212; were deploying in support of Operation Enduring Freedom, the campaign launched in Afghanistan shortly after terrorists flew commercial planes into the World Trade Center and the Pentagon.

By the end of September, about 1,000 Spangdahlem airmen &#8212; 20 percent of the base&#8217;s active-duty troops &#8212; will head to 21 locations worldwide. They are part of a massive Air Force troop movement, known as an Air and Space Expeditionary Force.

The size of the AEF unit is slightly more than a typical Army division. However, unlike the Army, whose deployments basically shut down entire communities, the Air Force pieces together its rotational forces by taking airmen from bases around the world.

Sometimes entire squadrons deploy, but most of the 20,000 airmen join their expeditionary units in small groups or even as solo travelers. They support ongoing conflicts such as OEF and Operation Iraqi Freedom, and myriad other missions around the globe.

And unlike the Army, which tends to deploy for six months or a year, each AEF cycle lasts four months for most airmen. Airmen in high-demand jobs such as air controllers, pararescue troops and communications specialists get tapped more often and for longer periods of time.

For these cycles, known as AEF 1 and AEF 2, Spangdahlem and Ramstein Air Base troops are the hardest hit in Europe. About 900 Ramstein airmen also are part of the rotation, base spokesmen said.

Other U.S. Air Forces in Europe bases, including RAF Mildenhall and Lakenheath in England, and Aviano Air Base in Italy, are providing a &#8220;handful,&#8221; of troops to AEF 1 and 2, base spokesmen said. But those bases will be heavily tapped in upcoming AEF cycles in 2005.

The deployment pace for airmen is so quick at Ramstein that the base has started a &#8220;pre-deployment,&#8221; process to help speed up the paperwork and vaccinations troops have to complete before they leave, said Capt. Kathy Duke, commander of Ramstein&#8217;s 435th Military Personnel Flight.

&#8220;There are so many people going, this makes it easier,&#8221; Duke said last week, after processing about 50 airmen through the deployment line at Ramstein.

Under the AEF system, airmen are supposed to have 20 months between rotations to train, do exercises and be with their families. But the A-10&#8217;s popularity as an adept gunship for close air support of ground forces means squadrons such as the 81st get called on more often.

One of about 15 A-10 squadrons in the service, the 81st only returned from Afghanistan last November. Now its members will be deployed through the Christmas and New Year&#8217;s holidays.

The frequent deployments can take its toll on families.

Cherrey&#8217;s wife, Lisa, said that he&#8217;s been deployed roughly two of the three years he has been in the squadron. She credits a close-knit relationship with other spouses &#8212; and two resilient children &#8212; for keeping the family strong.