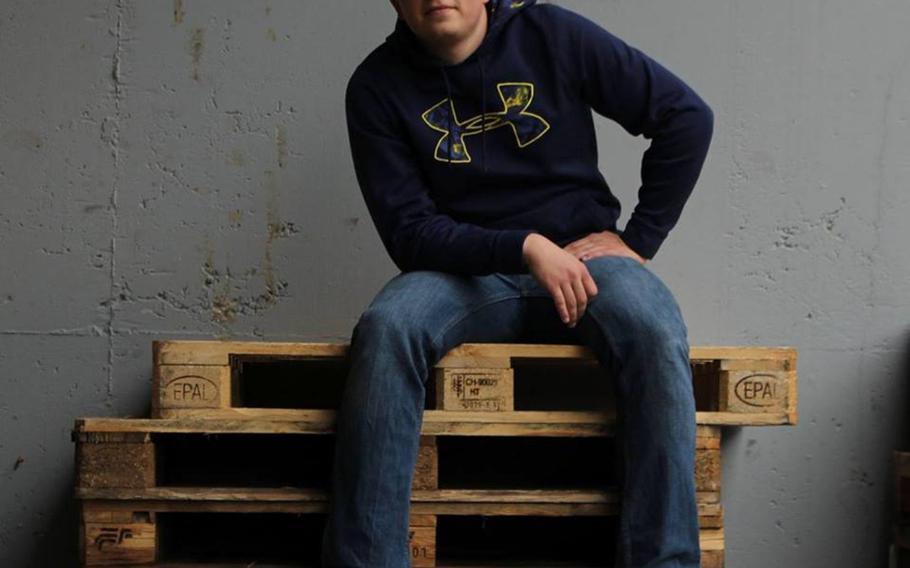 Airman 1st Class Jordan Holik, 19, sits on a stack of wooden pallets in this photograph posted to his Facebook page in April 2015. Holik died Friday, June 12, 2015, after a vehicle accident on the Autobahn A1 two days earlier. (Facebook)

A Spangdahlem Air Base airman died Friday of injuries suffered in a traffic accident earlier in the week.

Airman 1st Class Jordan Holik, 19, was severely injured when his vehicle plowed into the back of a tractor-trailer on Autobahn A1, south of Cologne, on Wednesday evening, according to German police. Holik was airlifted to a hospital in Bonn. The truck driver was treated for minor injuries at a local hospital and released.

A memorial ceremony for Holik has been scheduled for Friday, a base spokesman said, but the time has not been set.

A security forces journeyman, Holik had been stationed at Spangdahlem since January 2014, according to a release from the base public affairs office.

Holik was on his normal day off when the accident occurred.

It happened at about 8:30 p.m., roughly 47 miles north of Spangdahlem heading north toward Cologne, according to German police. Holik appears to have driven into the back of the truck without braking, the police said. Holik’s Opel Astra was wedged under the trailer and dragged several hundred meters as the truck pulled to the shoulder.

Local news reports said rescuers had to use a crane to dislodge Holik’s car from under the semi-trailer. Police seized both vehicles as part of their investigation.