Space Corps could take flight in the future 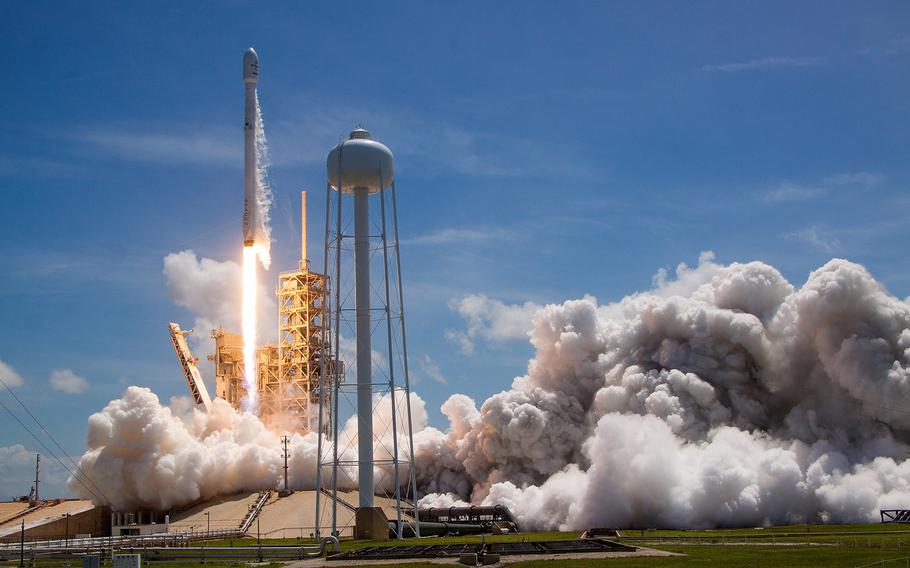 WASHINGTON – Supporters of the creation of Space Corps, a new military service that would be an arm of the Air Force, are holding out hope it will take off some day.

On Wednesday, a congressional conference committee announced a deal on a massive $700 billion defense bill, known as the National Defense Authorization Act, to raise pay for servicemembers, increase the size of the military, fund new ships and aircrafts and authorize new spending for missile defense.

The bill also allows for a study of the creation of Space Corps, a positive first step, according to the House members leading the charge on the plan.

“We are pleased the National Defense Authorization Act for Fiscal Year 2018 takes the first step in fundamentally changing and improving the national security space programs of the Department of Defense and the U.S. Air Force in particular,” said Rep. Mike Rogers, R-Ala., and Rep. Jim Cooper, D-Tenn., the chairman and ranking member of an Armed Services subcommittee on strategic forces.

Earlier this year, the House approved their plan to install the new military arm to be included in the lower chamber’s version of the defense bill. But based on opposition from several key figures, including Defense Secretary Jim Mattis, the Senate included language in their version of the bill prohibiting a Space Corps.

Now, defense officials will be directed to look into the potential new corps further under Wednesday’s negotiated plan.

Rogers and Cooper said their Space Corps effort is part of a systematic push to reform the Department of Defense national security space enterprise, starting with the Air Force.

“After months of thorough oversight, it became clear that the Department of Defense, and the Air Force in particular, did not prioritize space capabilities even as threats increase, and were not structured in a way to ensure that we are able to deter, defend and if necessary fight and win in space,” Rogers and Cooper said Wednesday in a prepared joint statement. “No single official could be held accountable for the success or failure of the space enterprise. Too many bureaucrats are empowered to say ‘no’ when it comes to defending our assets in space, and too few were empowered to say ‘yes’.”

National security, space-related reforms in the defense bill approved Wednesday direct the existing Air Force Space Command as the sole authority for organizing, training, and equipping all space forces within the Air Force. This group will report to the Secretary of the Air Force, Rogers and Cooper said.

“We consolidated leadership and coordination between operations, acquisition and training, and eliminated the decentralized and ineffective structure that for too long hampered our space capabilities and readiness,” Rogers and Cooper said.

The moves are key when Russia and China seem to be moving forward in the race for space security, Rogers and Cooper said.

“At a time when Russia and China are developing new offensive capabilities designed to deafen and blind America in a future conflict, lack of accountability and leadership on space issues, as well as development and acquisition failures, undermine our national security and leave the country vulnerable,” they said in the statement. “The Air Force will no longer be able to treat space as a third-order priority after fighter jets and bombers.”

The congressmen said they refashioned the Air Force Space Command similar to the Air Corps Act of 1926, which established the Army Air Corps. They said they plan to work closely with the deputy defense secretary and the secretary of the Air Force to oversee the new plans.

“This is just the first step,” they said. “We will not allow the United States national security space enterprise to continue to drift towards a Space Pearl Harbor.”